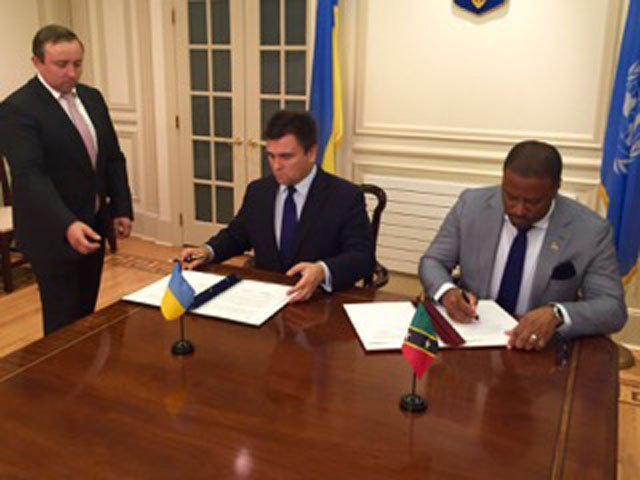 In a simple yet significant ceremony today in the margins of the United Nations General Assembly in New York, St. Kitts and Nevis Minister of Foreign Affairs, the Honourable Mark Brantley and his Ukranian counterpart, signed a Mutual Visa Waiver Agreement which will allow citizens of both countries to enter each other’s country visa free for up to 90 days.

This Agreement forms part of the Unity Government’s ongoing efforts and commitment to improve the international power-ranking of the St. Kitts and Nevis passport. “I am committed to doing everything I can to make it easier for all citizens of the Federation to be able to travel and do business across the world”, the Foreign Minister declared. 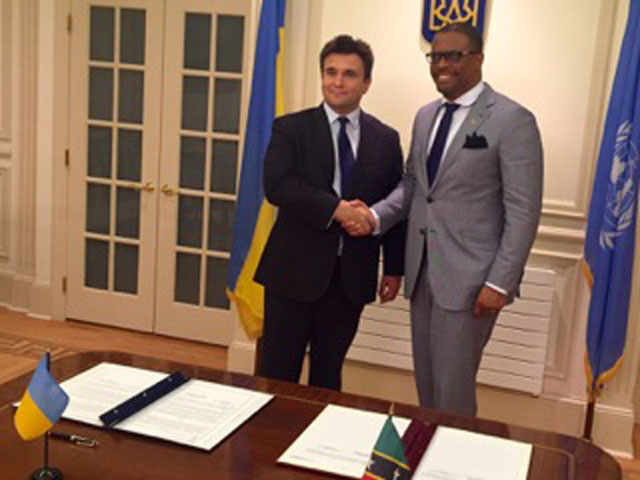 After the ceremony, Minister Brantley said he “appreciated the willingness of friendly countries, such as Ukraine, to work with St. Kitts and Nevis as our Government expands its international footprint, increases partnership and opens pathways for our citizens to be more productive at home and empowered to work more seamlessly and actively knowing that we will spare no efforts to facilitate their easier participation on the international scene. I believe that today’s development speaks to that promise;” he concluded. Minister Brantley also thanked Dr. Kevin M. Isaac, High Commissioner in London for his efforts in negotiating the mutual visa waiver agreement.