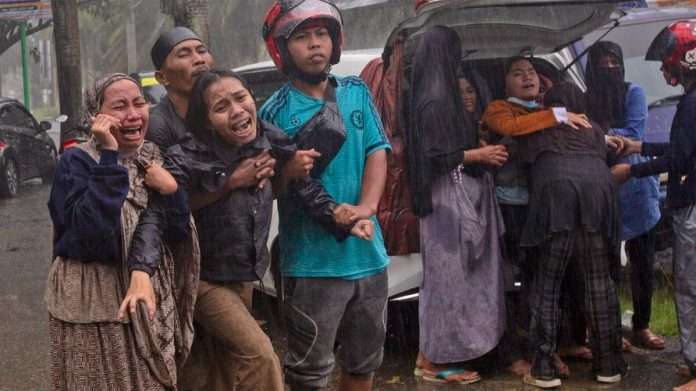 More than 600 people were injured, and many others were trapped in the rubble of collapsed homes and other buildings, Indonesia’s National Disaster Mitigation Agency said in a statement.

The earthquake, with an epicenter 36 kilometers south of West Sulawesi province’s Mamuju district and at a depth of 18 kilometers struck at 2:18 am local time, the U.S. Geological Survey said.

Rescue teams were searching for more than a dozen patients and staff trapped in the rubble of a flattened Mamuju hospital.

Landslides occurred in three locations and blocked a main road connecting Mamuju to the Majene district, a spokesperson for the disaster agency said.

The Indonesian Red Cross announced its rescue teams were searching for survivors in the rubble and providing first aid.

“This is a most tragic earthquake and our specialist teams have been working through the night to help people amid the rubble,” adding that “these hours are critical for saving lives,” Sudirman Said, the organization’s secretary general said.

On Thursday, a 5.9-magnitude undersea quake struck the same region, damaging several homes but no casualties.

Earthquakes, volcanos and tsunamis are common in Indonesia due to its location on the “Ring of Fire,” which is one of the world’s most seismically active areas.

In 2018, a 7.5-magnitude earthquake and a tsunami that followed in Palu on Sulawesi killed more than 4,000 people.

In December 2004, a 9.1-magnitude earthquake struck off the coast of Sumatra in Indian Ocean and triggered a tsunami that killed about 230,000 people in the region, most of them in Indonesia.