Inspector Hector has been apolice officer for over a decade and served as a publicrelationsofficer in Nevisand police prosecutor. He was officially transferred to St. Kitts on Monday May 23, but appearedat the Magistrate Court on Tuesday to prosecute cases for the last time.

On Tuesday at the Magistrate Court Magistrate Yasmine Clarke wished Hector the best of luck as he take over as police prosecutor in St. Kitts.

Veteran officer Acting InspectorEurita Collins-Percival will take over for Inspector Hector. This will be the first time Percival will perform duties as Police Prosecutor. Percival received her promotion on May 18 when she was promoted from Sergeant to Acting Inspector and transferred from the Criminal Investigations Department -Nevis to the National Prosecution Unit- Nevis. Ag Inspector Percival entered the police force in 1997.

Magistrate Clarke gave Percival words of advice as she prepares to have her first criminal case next week and encouraged her to prepare her case well before appearing in court.

“I encourage you to take it one step at a time, you will get it. Prepare yourself well before you come to court because I will knock you down. And please do not take anything personal. This is a learning experience you will not be perfect one time but with time you will get there. Once you are prepared you will be fine,” she told the  actinginspector.

Criminal mattersin Nevis are heard at the Magistrate court on Tuesdays. 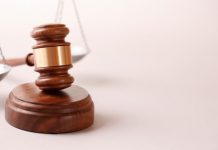 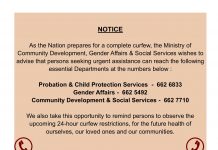