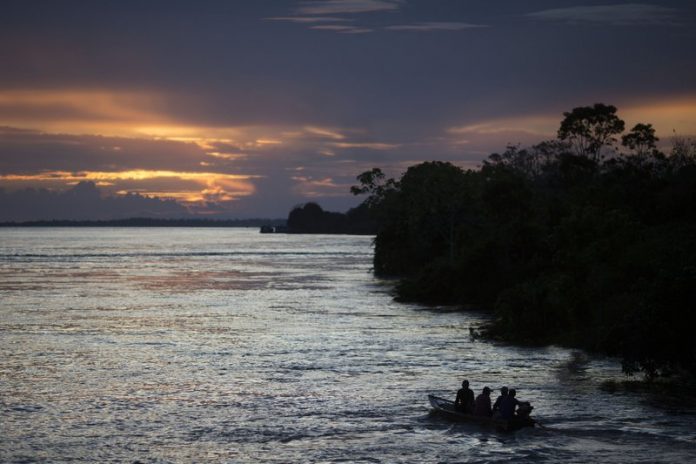 RIO DE JANEIRO (AP) — A group of mostly European investment firms has sent a joint letter to Brazilian ambassadors in their countries to express concern over rising Amazon deforestation.

The letter says the “dismantling of environmental and human rights policies, are creating widespread uncertainty about the conditions for investing in or providing financial services to Brazil.” It was sent on Monday to Brazilian embassies in Norway, Sweden, France, Denmark, Netherlands, the U.S and the U.K. and requested the start of dialogue to address the matter.

Brazil’s President Jair Bolsonaro took office in 2019 with pledges to unlock the riches of the vast Amazon, and has repeatedly opposed large territories being controlled by Indigenous peoples. When Amazon fires raged last year, he first dismissed data from government space agency Inpe that showed their magnitude, then fired Inpe’s chief. He later improbably questioned whether environmental organizations had set the blazes themselves to secure donations.

As a result of Bolsonaro’s environmental record, some members of European legislatures said they would vote against ratification of a free-trade deal between the European Union and the Mercosur customs union that includes Brazil, signed last June after two decades of negotiation.

The letter from investors highlighted Brazilian bills to legalize the occupation of public lands and to allow mining in Indigenous territories, as well as comments by Brazil’s environment minister, Ricardo Salles, that the press being distracted by the coronavirus pandemic provided an opportunity to slash red tape. Salles spoke during a Cabinet meeting in April, a tape of which the Supreme Court released last month.

This year, with the Amazon’s so-called “burning season” fast approaching, Bolsonaro put the army in charge of averting another historic year of deforestation. During May, its first month of operations in the rainforest, data showed that destruction jumped from the prior month.

Deforestation grew 22% between January and May in comparison with the same period of the last year, Inpe said on June 6.

The asset managers stopped short of explicitly threatening divestment, but said they are worried deforestation and violation of Indigenous rights could pose risks to clients and the companies in which they invest.

“Considering increasing deforestation rates in Brazil, we are concerned that companies exposed to potential deforestation in their Brazilian operations and supply chains will face increasing difficulty accessing international markets. Brazilian sovereign bonds are also likely to be deemed high risk if deforestation continues,” the letter says.