BASSETERRE, St. Kitts — History was made at the eighth Annual Independence Drill Competition on September 25 when 19-year-old Shynequa Isaac of the St. Kitts-Nevis Defence Force Cadet Corps earned the top award for best at individual drill.

Cadet Recruit Isaac outshined 14 other participants who took part in the contest, which showcases military drills. Her victory marked the first time a member of the Cadet Corps won the event. It was also the first time a female won best at drills and made her the youngest winner in the event’s eight-year history.

The winners of the team drill section were Constables: #367 Zahur Peters and #355 Hanish Thomas of the Royal St. Christopher and Nevis Police Force (RSCNPF).

“I still can’t believe it. This is amazing,” said Cadet Recruit Isaac after earning the top prize. The cadet said she was confident heading into the competition and was pleased that her hard work paid off. Her 13-year-old brother Cadet Recruit Jelani Isaac also put a lot of effort into the drill competition. He and his sister’s performance earned them a first-place finish in the team drill category.

The experience level between the partners varied, with Thomas exposed to drills off and on over the past 10 years during a stint with the St. Vincent and the Grenadines Cadet Force. It continued with his police service in St. Kitts-Nevis. Peters only started to drill in 2018 when he began police training.

“I started out in the sewage tank – that’s the lowest you can be,” said Constable Peters. “From there, I disciplined myself and kept pushing until I came out of that pit. Now, I am, doing my best for the police force and we have captured the [winning] shield.”

Constable Thomas was happy that his team was able to proudly represent the RSCNPF in this drill competition. He said drills help him sharpen his discipline, which makes him more efficient in his personal and professional life.

Prime Minister and Minister of National Security, Dr. the Honourable Timothy Harris, as well as Commissioner of Police Hilroy Brandy, attended the event. It was held virtually due to the health and safety protocols established for the COVID-19 pandemic. 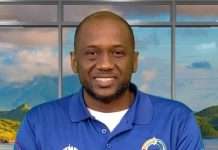 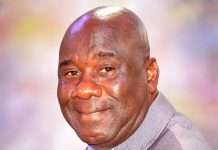 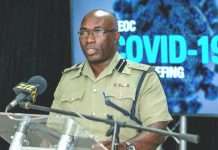 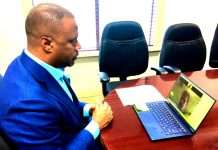