The US National Oceanic and Atmospheric Administration (NOAA) said 2021 was the third most active year on record in terms of named storms and it marks the sixth consecutive above-normal Atlantic hurricane season.

This was also the first time on record that two consecutive hurricane seasons exhausted the list of 21 storm names. 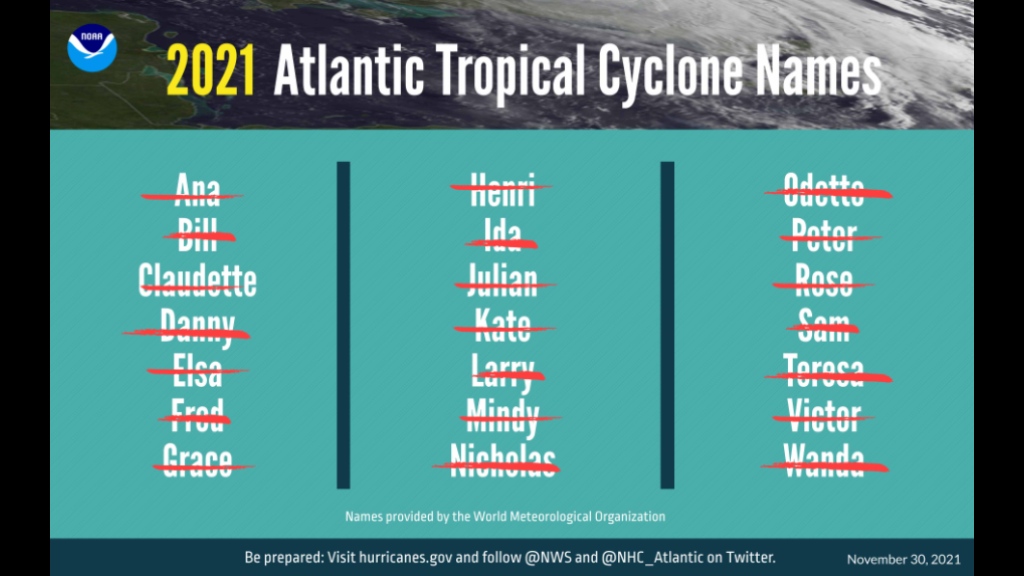 NOAA scientists attributed the heightened hurricane activity in recent years to the warm phase of the Atlantic Multidecadal Oscillation that began in 1995.

The Atlantic Multidecadal Oscillation is thought to be driven by a combination of internal climate variability and changes over time in small airborne particles, often referred to as aerosols, over the North Atlantic.

Hurricane Ida was the most destructive storm of 2021 causing over US$65 billion in damage and claiming more than 72 lives.

Hurricanes Ida, Elsa and Grace and Tropical Storm caused over US$20million worth of damage and claimed three lives in the Caribbean.

Despite these challenges, the region’s disaster management agencies are thankful to have escaped the devastation that occurred in previous hurricane seasons.

“Collectively, we need to guard against forgetting hazard impacts in the short and long-term as well as lessons learned and best practices at the individual, community, institutional and national level to be better prepared for future events. We are operating in a multi-hazard environment including hydro-met, geological, biological as well as hazards resulting from human action and inaction. Being prepared is not an option but must be a lifestyle.”

Antigua and Barbuda’s National Office of Disaster Services stated: “November 30th marked the end of the 2021 hurricane season. There were 21 named storms with seven becoming hurricanes and we thank God for bringing us through the season without any serious effects.”