An Italian tourist with monkeypox, the first reported case in Cuba, has died, the country’s health ministry announced on Monday.

“This patient rapidly deteriorated to critical condition, having been unstable since August 18, dying on the afternoon of the 21st,” the ministry said in a statement.

The 50-year-old arrived in Cuba on August 15 and was hospitalized three days later, the statement said.

“The autopsy carried out at the Institute of Forensic Medicine showed that the cause of death was sepsis due to bronchopneumonia caused by an unspecified germ and multiple organ damage,” it added.

For all the latest headlines, follow our Google News channel online or via the app.

The ministry ruled out the patient having other pathologies of infectious origin, after carrying out studies seeking explanations for the severity of his case.

The Italian had been staying in a rented house and visited several places in the western provinces of the country. On Wednesday, he felt “general symptoms” of malaise and went to a doctor on Thursday because they persisted.

He was rushed to hospital after suffering a cardiac arrest from which he later recovered.

The man’s close contacts are so far asymptomatic and remain in isolation, the m 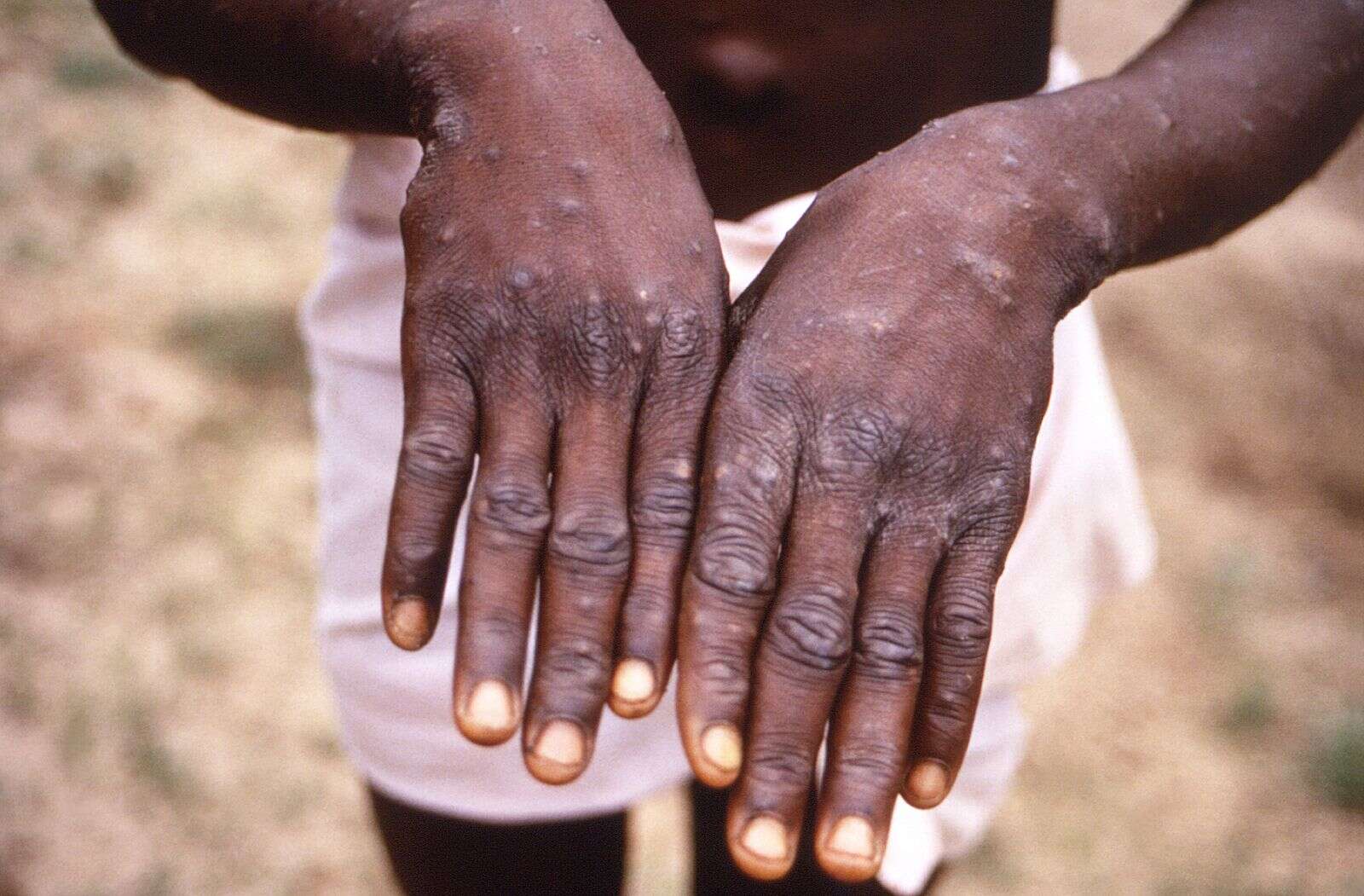 This 1997 image provided by the CDC during an investigation into an outbreak of monkeypox, which took place in the Democratic Republic of the Congo (DRC), formerly Zaire, and depicts the dorsal surfaces of the hands of a monkeypox case patient, who was displaying the appearance of the characteristic rash during its recuperative stage. As more cases of monkeypox are detected in Europe and North America in 2022, some scientists who have monitored numerous outbreaks in Africa say they are baffled by the unusual disease’s spread in developed countries. (CDC via AP)

GEORGETOWN, Guyana (CMC) – Guyana Monday became the latest Caribbean country to confirm a case of the Monkeypox virus with health officials saying that the patient is hospitalised in a stable condition.

Health Minister of Guyana, Dr Frank Anthony, said that health authorities are conducting contact-tracing and several people have since been quarantined. He added that the patient, a man, lives in Region Four of the country.

“We are now working with the patient; the patient is stable and we’ll continue working with that patient to make sure that everything is fine,” Dr Anthony said in a video posted on the government’s Department of Public Information (DPI) website.

The patient has been admitted to the Ocean View Infectious Disease Hospital. He is in his 50s, and was first suspected of being infected over the last weekend.

The Health Minister said the government is working with the Pan American Health Organisation (PAHO) to obtain test kits as well as a supply of vaccines from the lone global manufacturer.

Dr Anthony said with the emergence of Guyana’s first case of Monkeypox, the country’s virus response has been activated, which means that laboratories, trained laboratory personnel and physicians who have been trained to identify the viral diseases, have been put on alert.

He further advised residents that there is no need to panic but appealed to Guyanese to take all precautions.

More than 42,000 cases have been detected in 95 countries including Barbados, Jamaica, the Bahamas and Bermuda.

The symptoms for the virus include a rash that initially looks like pimples or blisters and may be painful or itchy. Other symptoms of Monkeypox can include, fever, chills, swollen lymph nodes, exhaustion, muscle aches and backache, headache as well as sore throat, nasal congestion, or cough.