Daily Mail- Italian police are investigating the country’s largest nursing home where as many as 190 people have died since the start of the coronavirus outbreak.

The Pio Albergo Trivulzio nursing home in Milan is under investigation after what Italian media has called a ‘massacre’ of elderly residents.

Prosecutors launched an investigation following allegations from staff that management prohibited doctors and nurses from wearing protective masks, for fear of alarming residents.

A doctor and union leader have claimed that management downplayed the risk of infection and wrongly attributed the causes of death.

The Trivulzio home denies wrongdoing, saying there were simply not enough testing kits for its 1,000 residents. 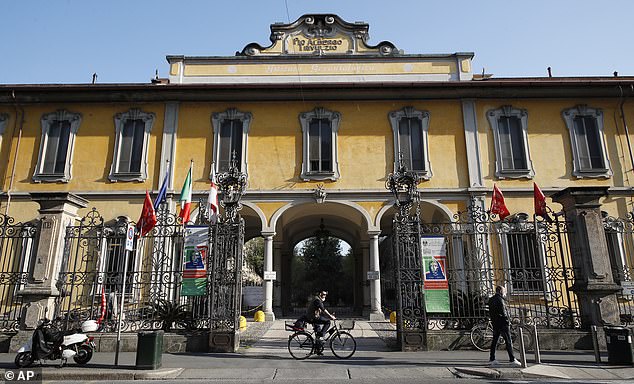 The Pio Albergo Trivulzio nursing home in Milan, pictured last week, is under investigation over as many as 190 deaths since the start of the coronavirus outbreak

Attilio Fontana, the governor of Lombardy, said he had opened a commission of inquiry into the deaths at the Milan home.

Investigators have seized documents as they probe a death toll which Italian media says is as high as 190 during March and April.

The home’s medical records were seized on Monday to determine whether staff negligence caused the virus to spread and kill the residents.

Relatives are demanding answers after reports that medical staff were prohibited from wearing protective gear.

A group called the Committee for Justice and Truth for Victims of Trivulzio is gathering testimony from relatives who are considering legal action.

The Trivulzio home has said it followed all security protocols and is cooperating with investigators.

The home’s management also claimed that the number of deaths in recent weeks was in line with the 2019 figures.

Fontana said authorities would also investigate the ‘real situation’ across the region’s nursing homes, amid fears that large numbers of cases and deaths are being missed. 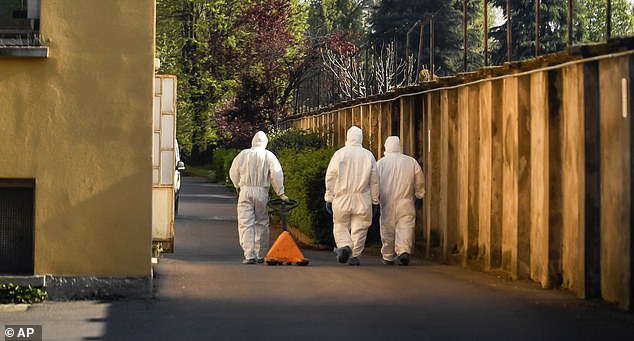 Care home deaths are thought to represent a significant hidden death toll across Europe because many elderly residents have died without being tested for the virus.

‘There is an underestimate of deaths in nursing homes, it’s futile to deny it,’ said Dr Giovanni Rezza, head of infectious disease at Italy’s National Institutes of Health.

Rezza did not answer why residents were not being tested en masse, as Austria has promised to do for its 130,000 care home residents and workers.

But he acknowledged that entire clusters of infection had been traced to nursing homes, including in the Lazio region around Rome.

‘One thing is certain, where there are fragile people and critical situations in nursing homes, there are more risks and it’s correct to go and check,’ Sileri said.

‘Milan isn’t the only case in Italy; there have been similar situations near Catanzaro, in Sicily and in Lazio. I’m not identifying only one place, we’re checking across the board.’

The toll has been so high that Italy’s National Institutes of Health launched a specific study for nursing homes nationwide to try to get a handle on what went wrong.

The survey found that 87 per cent of facilities reported a lack of protective equipment for medical personnel.

Another 36 per cent were suffering from staffing problems because so many staff were infected, while 23 per cent said they had no information about how to contain the virus in the facility.

An association of doctors in Lombardy estimated that 600 of the 6,000 elderly people in in residential facilities in Bergamo province alone had died.

The same problem has surfaced across Europe, including in Spain where more than 3,300 elderly people have died at nursing homes.

Spanish troops have been sent to disinfect buildings, and on one occasion found relatives living in squalor among the bodies of suspected coronavirus victims.

In a normal month about 1,000 deaths are reported at Madrid regional nursing homes but now the rate is around 3,000, said regional president Isabel Diaz Ayuso.

However, she noted it is ‘very difficult’ to know whether they died of the virus or something else.

Catalonia has also been hit hard, with 909 deaths reported at nursing homes by Monday.