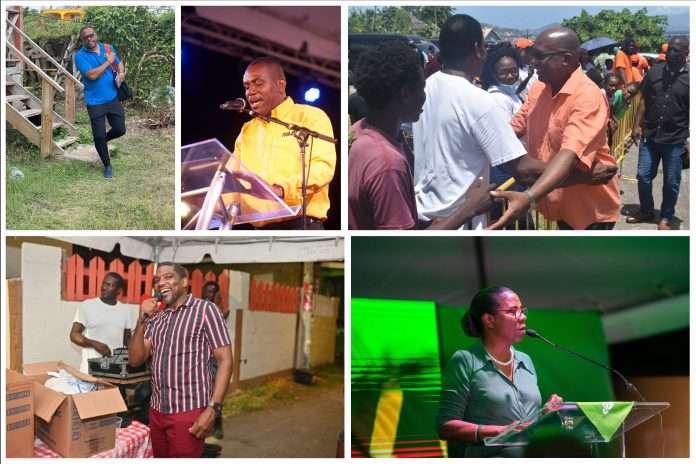 Little over two years after the last election, Kittitians and Nevisians are back at the polls looking to elect a government for the next five years.

In 2020, Team Unity led by Dr Timothy Harris stormed to victory winning nine of the 11 seats. This time around the dynamic would be different with the breaking up of the tri-party coalition and three major parties will be contesting the election across the 11 constituencies.
The Observer will provide updates from various constituencies throughout the day from candidates, voters and party officials.
=======================================================
Midnight- It’s election day in St Kitts and Nevis Polls open in seven hours as political parties and candidates wrap up their final campaign rallies before it is turned over to the public to choose the government of their choice.
7:00 am- After weeks of campaigning it is finally decision time as the polls a now officially opened and will be until 6:00 pm. Scores of voters across the federation have already begun to queue for voting.
7:45 am– In Cayon fair sized lines have been observed at the Cayon Day Care Centre with voters reporting a fairly smooth process thus far. 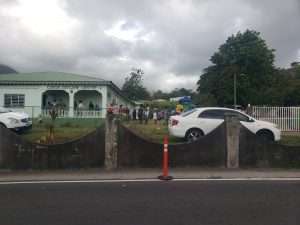 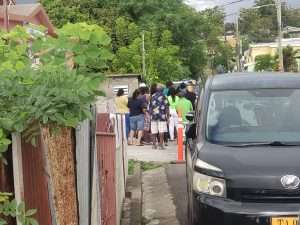 9:30 am -Staying in Constituency 8 but this time St Peters large turnouts are witnessed at the polling stations

Speaking with PAM Candidate for the Constituency Chesley Hamilton said he was confident of keeping this seat in the PAM corner
He however noted he was disturbed by the slowness of the process caused by other logical reasons.
9:40 am- PLPs Andrew ‘Talbo’ Bass expressed his satisfaction with the process and noted his pleasure with the tour out in st Peters. He also said, “Come tomorrow I will be the Minister.”

The leader of the SKNLP Dr Terrance Drew is expected to vote at the Dean Glasford Primary School at 10.

10:15 am– Prime Minister Dr Timothy Harris made a surprise visit here in St Peters and told the media he was pleased without the turnout across the country with people turning up to exercise their Democratic right.

10:30 am–  Shortly after Dr Harris’ arrival SKNLP leader Dr Drew arrived to cast his vote noting that had been hiccups with polling stations opening late and other issues but was confident of victory.

In constituency 7 there haha been shorter lines witnessed in most polling stations except in Edgar T Morris Primary School.

He said however the turn out not as strong as 2020 which he attributes to the breaking up of Team Unity.