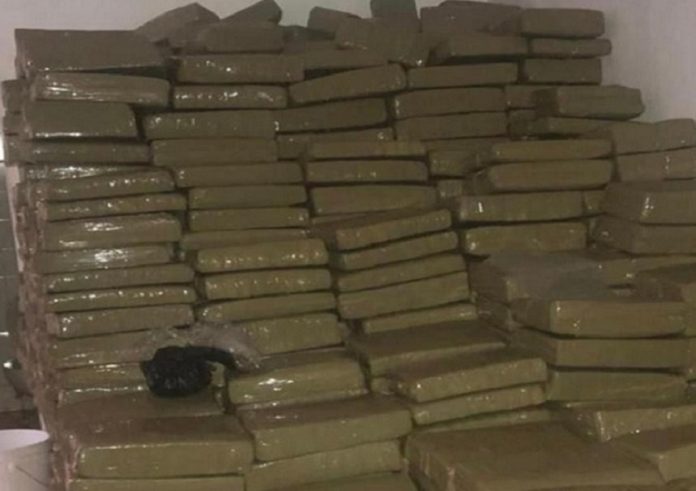 Members of Jamaica’s Narcotics and Manchester Police Divisions at Spur Tree in Manchester rounded up four suspects and seized thousands of pounds of compressed marijuana in what has been described as the biggest ‘ganja bust’ in the Caribbean country’s history.

According to the Jamaica Observer, the security agencies raided two premises on Monday around 8:45 pm and successfully discovered and seized about 8,700 pounds of compressed marijuana with an estimated street value of $35 million.

The suspects, whose identities have not yet been revealed, include three men and a woman. They have been detained pending further investigations. A motor vehicle on the premises was also seized. deadly diseases you pro

Cannabis is not legal in Jamaica even though natives can carry around small amounts of the drug without criminalization, thanks to a law passed in 2014. Citizens are also allowed to grow five cannabis plants per household for horticultural purposes.

The large scale cultivation of the plant for medicinal purposes is also legal. Interested cultivators, however, require a license from the Cannabis Licensing Authority.

At the beginning of the year, the island nation’s Minister of State for Industry, Commerce, Agriculture and Fisheries, Floyd Green, announced the introduction of the Alternative Development Programme, which aims at registering traditional marijuana growers to curb the illegal cultivation of the plant and “channel the process through legal streams,” The Jamaica Gleaner reports.

“What we will be doing in 2020 is looking for more community groups of traditional growers that we will engage and provide the technical support for them to transition into the medicinal marijuana industry,” Green said during an address to the House of Representatives.

Green also made mention of a cannabis pilot project that has been initiated between authorities and traditional growers in Accompong, St Elizabeth.

“We have gone in there with the team to provide technical support. The program focuses on community groups, so it starts with a group of ganja farmers, and we would have gone in and provided the seeds, provided reduced requirements and we have gone through a learning process. I would say the pilot has been a success,” he said.

At the time of the minister’s address, he confirmed they had been able to successfully sell 44 pounds of cultivated cannabis from Accompong to medicinal marijuana buyers as a result of the program.

“We are now looking to move from the one acre that we started with to go into 10 acres of cultivation. We also met with the farmers from Orange Hill in Westmoreland. Again, we had some challenges getting the pilot off the ground, largely because of identifying suitable land that can be used and land that is owned that we can utilize for the purpose of planting ganja,” he said