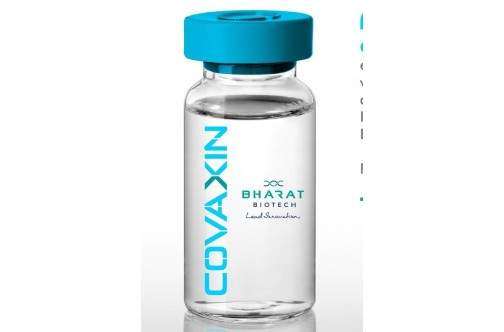 THE Indian Government and Jamaica are engaged in talks to distribute the India-manufactured COVAXIN vaccine to Jamaica once it gets approval from the World Health Organization (WHO). Other Caribbean nations have also expressed interest.

High Commissioner of India to Jamaica Rungsung Masakui yesterday told members of the media, during a virtual interaction on Zoom, that India’s Ministry of External Affairs is facilitating the bilateral processes which all medical products must go through before agreements are made. He also disclosed that governments across the Caribbean have been provided with data on COVAXIN for use in their own analysis of the product.

Health Minister Dr Christopher Tufton confirmed that the Jamaican Government is in talks with India but did not disclose the extent of the conversations, conditions or whether any agreement had been made.

India’s drug regulator has given the green light to COVAXIN, made by Indian pharma company Bharat Biotech, a 24-year-old vaccine maker, which has a portfolio of 16 vaccines and exports to 123 countries. The vaccine, developed in collaboration with the Indian Council of Medical Research (ICMR) and National Institute of Virology (NIV), uses Whole-Virion Inactivated Vero Cell derived platform technology, which means it contains dead coronavirus, incapable of infecting people but still able to instruct the immune system to mount a defensive reaction against an infection.

When administered, immune cells can still recognise the dead virus, prompting the immune system to make antibodies against the virus. Two doses are given four weeks apart. The vaccine can be stored at 2°C to 8°C. Bharat Biotech says it has a stockpile of 20 million doses of COVAXIN, and is aiming to make 700 million doses out of its four facilities in two cities by the end of the year.

But manufacturers are still awaiting WHO approval, which they expect following the interim results of phase three of the trials, anticipated to be available by the end of February.

“I have no doubts, I feel quite confident and hopeful that COVAXIN will also get the WHO’s approval once this interim data is available after we reach a particular number of the infections that haven’t been looked at.

“These are international protocols that have to be kept in mind, so we are just waiting for that and I am sure once that data gets released to the world – hopefully as early as the weekend – with the efficacy data from India coming out, I think COVAX and the WHO will certainly approve COVAXIN, based on its efficacy and safety data that will be proven. I have no doubt in saying this at all; I’m very hopeful of this,” Suchitra Ella, joint managing director at Bharat Biotech, told the virtual meeting.