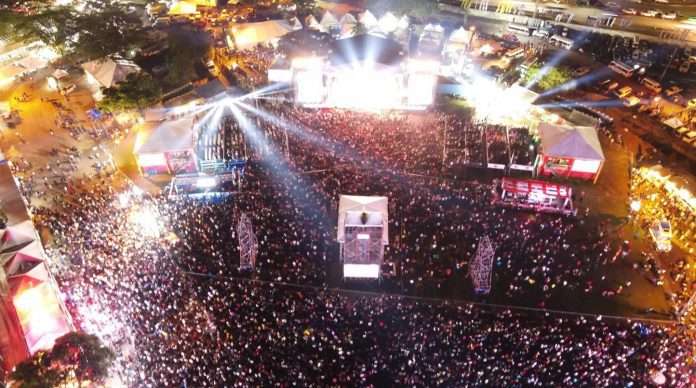 CNW- Jamaica’s tourism sector received a significant boost this summer due to its popular annual music festival, Reggae Sumfest, held July 18-23. Dubbed ‘The Return’ because it was the first time the event has been staged in person since the COVID-19 pandemic, this year’s festival was a resounding success that attracted numerous international visitors to the island during its busy summer travel season.

“We were thrilled to see such a great turnout for the return of Reggae Sumfest this year,” said Tourism Minister Edmund Bartlett. “Even with the option of live streaming the event, it was wonderful to have so many people choose to travel to Jamaica and attend the event in person. The success of Reggae Sumfest 2022 is a testament to the return of travel, especially for events, and the continuing strong recovery of the sector.”

Since its founding in 1993, Reggae Sumfest has become the largest music festival in Jamaica and the Caribbean, taking place each year in mid-July in Montego Bay. 2022’s Reggae Sumfest was an epic return that included an electrifying All White Party (dress code), Global Sound Clash, Beach Party, and more along with a spectacular lineup of live musical performances.

“While Jamaica is a small island nation, our music clearly has an influence on a global scale as evidenced by the international travelers arriving to experience Reggae Sumfest,” said director of tourism, at the Jamaica Tourist Board, Donovan White. “It’s truly gratifying to see so many people coming together over a shared love of reggae and dancehall music here in the birthplace of the genre itself.” 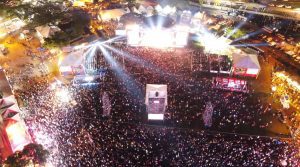 The two main nights of the festival were Dancehall Night on Friday, July 22, and Reggae Night on Saturday, July 23. Dancehall night saw a number of stand-out performances and featured award-winning artistes including Aidonia, Shenseea and the queen of dancehall, Spice, as well as plenty of up-and-coming talent on the roster.

Meanwhile, Reggae Night wowed the crowd with some of the best-known musicians in the genre including Beres Hammond, Koffee, Dexta Daps, Sizzla, Christopher Martin, Beenie Man, Bounty Killer, and others. On both nights, attendees could be seen singing along to their favorite songs and waving their hands in the air to the captivating rhythms.

Leading up to the lively festival was Global Sound Clash, held on Thursday, July 21. A unique musical experience, this competition saw artistes push their creative limits in multiple rounds of sound system battling while patrons danced to the music all night. In a nail-biting face off, it was St. Ann-based sound system, Bass Odyssey, which won the victory and bragging rights.