Jazzique Chiverton has spent about 15 years mastering and perfecting his music skills.

He has now released an album that epitomises the majestic sweetness of the twin island paradise along with his polished skills in ‘Queen Sugar.’

‘Queen Sugar’ is a collaboration with John Francis of DanceBeat Records and Ball-A-Karn productions, which is owned by Chiverton.

The album is filled with soothing instrumental music that gives us the true essence of the Federation.

He launched his album at a press release party Feb. 23 at the Cultural House in Conaree.

“I want to congratulate you on such a well put together album I listened to it about six months ago and I’m still surprise at what I’m hearing this evening,” Lam said. “And I hope we will work on a project together in the near future.”

Creighton Pencheon, director of Culture, was also present at the press party. He said he knew Chiverton when he was at a young fundamental age.

He also said he remembered when Chiverton came around their band and inquired about the various musical instruments.

“The standard he has attained musically did not occur over night,” Pencheon said.

After the speeches and remarks by Chiverton and John Francis of DanceBeat Records, Chiverton played a few tracks on the album.

A highlight came when Bankie, after saying some words about Chiverton was encouraged to go onstage to do a number with Chiverton.

The two sang Nat King Cole’s ‘Unforgettable’ which Bankie dedicated to his grandmother who had recently passed away.

The crowed requested an encore and the two delivered with ‘Border Line.’

The night ended with a performance by Shalaki an upcoming artist Chiverton is assisting.

The songs on the ‘Queen Sugar’ radiate unique vibes about certain key areas in the Federation.

The songs pay tribute to the rolling crowns of Gingerland in Nevis to the fresh low-land spread of Basseterre in St. Kitts.

There are title tracks such as ‘Island Morning,’ ‘Turtle Beach,’ ‘Gingerland’ and ‘Killer Bee Sunshine.’

Masud Sadiki is also one of the many artistes Chiverton has worked with that has produced successful well-loved albums.

He describes both Sadiki and Bankie as wonderful musicians and they have all grown together musically throughout the years.

There are other tracks on the album such as ‘Alla Turca-Mozart in the beach,’ ‘Afternoon in Basseterre,’ ‘The Shack Shack Tree,’ ‘Community,’ ‘Chicken Stone (String band etude)’ and ‘Brimstone Hill.’

“Hollis” is the twelfth track on the album that is… “dedicated to the memory of a brethren Hollis Chapman, who died doing what he loved” stated Chiverton on the album. 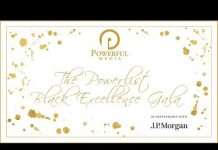