St.Kitts national team center Jerran Morris freshman at Western Oklahoma State College, has signed with Barry University in Miami, Florida. Although Morris played very sparingly with Western Oklahoma State his physical presence endeared him to the Barry University scouts. Morris  earned a scholarship in 2006 after returning from his first national senior team tour as a member of the St.Kitts-Nevis team that traveled to Jamaica to take part in the 2006 CBC Tournament . Morris stood out on the team both physically and otherwise as he was the most imposing figure on the St.Kitts team standing at close to 6’10” tall. Jerran along with fellow national team center Kimo Duncan who play for the Spoon River College, himself a scholarship baller are expected to be the core of the St.Kitts-Nevis national teams of the future

Barry is one of the most consistent programs in the Sunshine Conference and made it to the NCAA D2 national tournament this past year. Morris is following in the footsteps of fellow St.Kitts –Nevis national Lincoln, who also suited up for Barry some years back after earning a scholarship to Spoon River Junior College in Illinois. With three years left to play, look for Jeran to improve greatly and possibly become an all conference performer by his senior year. The St Kitts native is thrilled to be attending school in Miami where he will be closer to home and his family and friends 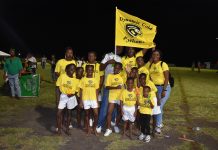 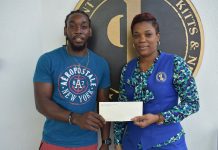 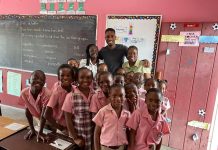 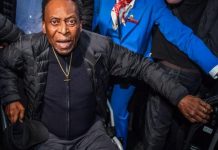