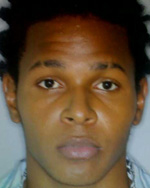 Shane Shorter was sentenced on Tuesday to 16 years in prison for wounding with intent and burglary by Her Ladyship Justice Lorriane Williams in High Court in Charlestown. Itasha Delisser, Shorter’s mother, pled not guilty to charges as an accessory to the fact. Justice Williams let her off with a stern lecture.

In 2013, Ms. Samar Haroun, a Medical University of the Americas student came home from school to be attacked by an intruder hiding behind her door. The man wrestled with the student and when she screamed for help, stabbed her over a dozen times. He stole his victim’s phone, beat speakers and money, and escaped through a nearby window.

Ms. Haroun survived, but 10 days after her return to Canada had a stroke due to a clot from one of her stab wounds. The Observer understands she receives injections every day to overcome her condition.

A police investigation identified the perpetrator as Shane Shorter, a Jamaica national. He was charged with attempted murder, wounding with intent and burglary. Itasha Delisser was charged with accessory to the fact.

“When you are in jail serving your time take some time to pray to God a God I’m not even sure that you know,” Justice Williams concluded.