SAO PAULO, Jan 3 (Reuters) – Deforestation last year rose to the highest level since 2015 in Brazil’s Cerrado, prompting scientists on Monday to raise alarm over the state of the world’s most species-rich savanna, a major carbon sink that helps to stave off climate change.

The Cerrado, which is spread across several states of Brazil and is one of the world’s largest savannas, is often called an “upside-down forest” because of the deep roots its plants sink into the ground to survive seasonal droughts and fires.

Destruction of these trees, grasses and other plants in the Cerrado is a major source of Brazil’s greenhouse gas emissions, although it is far less densely forested than the more famous Amazon rainforest that it borders.

Deforestation and other clearances of native vegetation in the Cerrado rose 8% to 8,531 square kilometers in the 12 months through July, Brazil’s official period for measuring deforestation, according to national space research agency Inpe. That is more than 10 times the size of New York City’s land area of 783.84 square km.

“It’s extremely worrying,” said Mercedes Bustamante, an ecologist at the University of Brasilia.

Bustamante also criticized the government for a lack of transparency for announcing the deforestation data on New Year’s Eve.

The added destruction is particularly concerning, scientists say, when considering that roughly half of the Cerrado has been destroyed since the 1970s, mostly for farming and ranching. 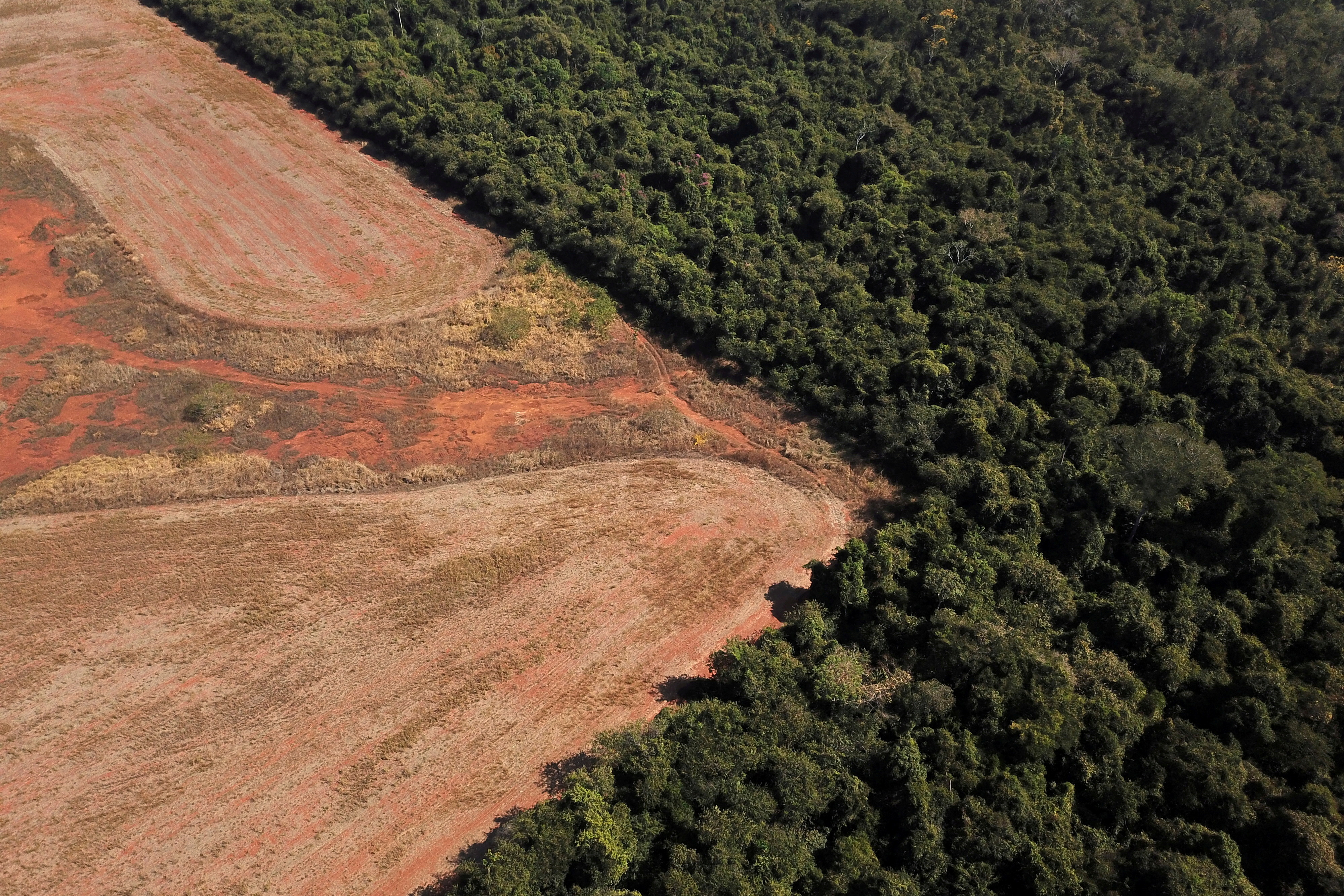 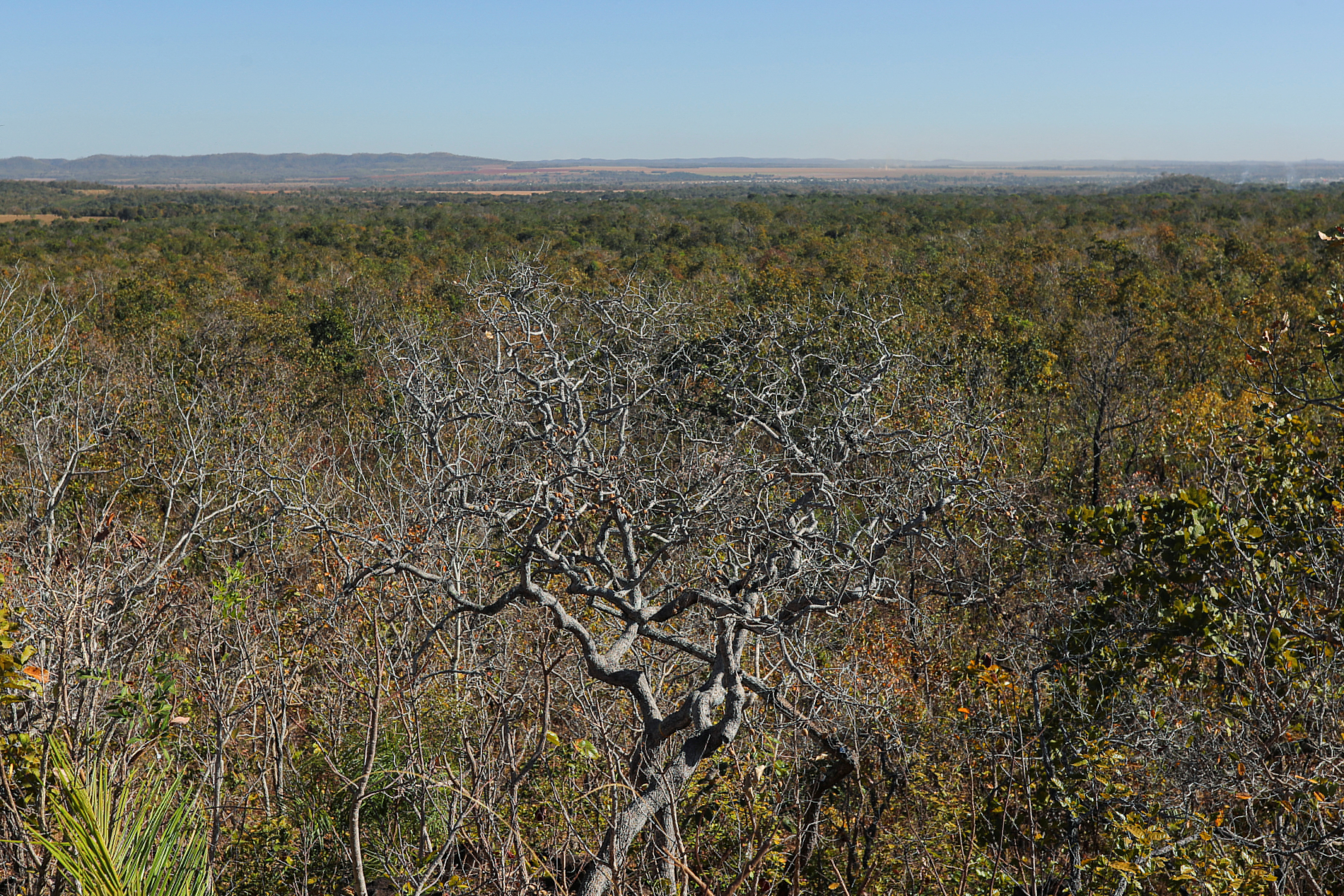 An aerial view shows a dead tree near a forest on the border between Amazonia and Cerrado in Nova Xavantina, Mato Grosso state, Brazil July 28, 2021. Picture taken July 28, 2021 with a drone. REUTERS/Amanda Perobelli/File Photo

“Few other places on earth have seen that rapid of a transformation.”

Ferreira said that new plant and animal species are regularly being discovered in the Cerrado and that many are probably being eradicated before they can be studied.

After falling from highs in the early 2000s, deforestation in the Cerrado has been creeping up again since right-wing President Jair Bolsonaro took office in 2019, calling for more farming and development in sensitive ecosystems.

Last month, a Brazilian soy lobby group said that data showed farmers were increasingly using previously cleared land in the Cerrado rather than deforesting wholly new areas to plant the cash crop. More than half of Brazil’s soy farmland is in the Cerrado.

Bustamante and other scientists blame Bolsonaro for encouraging deforestation with his pro-development rhetoric and for rolling back environmental enforcement.

Bolsonaro’s office did not immediately respond to request for comment. He has previously defended his policies as a means to lift the interior of the country out of poverty and pointed out that Brazil has preserved far more of its territory than Europe or the United States.

“Deforestation is the most naked and raw indicator of the terrible environmental policy of this government,” said Ane Alencar, the science director at the non-profit Amazon Environmental Research Institute.