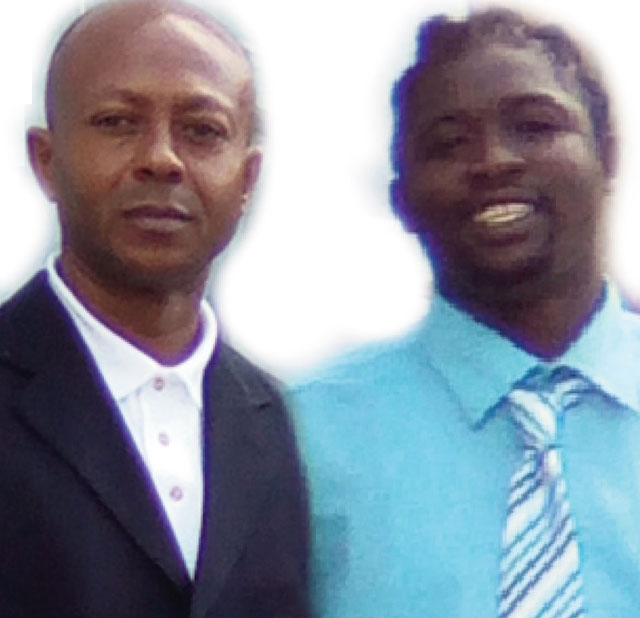 A three day murder case that began this week ended with two accused men  being acquitted for the crime.

Dexter Somersall and Greg Halliday were found not guilty for the 2008 murder of Leon “Gravo” Westerman of Low Street. A 12-member jury of seven women and five men acquitted them.

Mr. Leon’s murder occurred four years before anyone was charged in 2012. The defendants were represented by Henry Browne QC , Chelsey Hamilton and Mikea Mills.

She testified that she contacted the police four years later because of the physical and mental abuse Somersall caused her.

Ms. Simmons, who was the first to testify for the prosecution, claimed she knew about the planning and carrying out of the murder.  She testified that Somersall told her the day before the murder on January 27 2008 that they were going to Nevis.

She said the following day they boarded the Sea Bridge in a car when Somersall told her that they were planning to “throw down” “Kimbo” and or “Ibal” the brothers of Westerman. Leon Westerman was never in the plan to be murdered.

She told the court that after arriving in Nevis, she and Somersal checked into the Sea Spawn, then went driving around Charlestown until the Sea Hustler arrived in Nevis from St. Kitts.

She saidthey picked up Asim Parris, Greg Halliday and another unknown man. She said she saw Mr. Parris pull three guns out of a back pack he was carrying and handed them to the men in the back.

She claimed they drove around and went to Sunshine when they saw Westerman with a “white woman.

“We followed them,” she testified.

According Simmons, they followed Westerman and the lady from Sunshine, Enrique, to Octagon and to Chela’s Bar.

“We parked where we could see them,” she said. ‘They bought to Guinness, then walked through the alley to Chela. Dexter drove up a little and let the men out the car. We drove around and came out of the car and went into Chela.

‘Dexter went to the bar and called for a Heineken. Before he got the drink the three men came in and started to shoot. I know they were the men that came out of the car by the way they were dressed. Asim had on a blue dickies pants” she said.

During the shooting, Simmons said that Somersall held her hand and pulled her outside back to the car where he then drove her back to Sea Spawn and told her “I going to look for de boys” before driving off.

“He came back about an hour and a half later” she said. The couple boarded the Sea Bridge the following day back to St Kitts.

Second witness for the prosecution was Isabel Palmer, owner of Cheala. She testified that the night of Jan. 28, 2008, Westerman was at her bar. She said that during the course of the night Westerman asked for a chicken which she went in the back kitchen to prepare.

“When I was in the kitchen I heard the gunshots. Shortly after I see a man with his face covered and a gun with a lady bag run through the kitchen,” she testified.

The third witness for the prosecution was Austin Lescott who testified that he along with Officer Ray Gordon took the wounded Westernan to the Hospital.

A fourth witness was Inspector Alanzono Carty who was one of the investigating officers. He testified that on the scene they removed four spent shells and three warheads. He noted that most of the investigation was carried out by lead investigator Ray Gordon. who took the witness stand next.

He testified that on the night of the murder he was in plain clothes in the area of the Credit Union. He said he saw someone ran from the area of Chela heading towards Evelyn Drug store.

Mr. Gordon testified when he got to the area he saw Leon on the ground crying and grasping for breath. He saw Lescott coming in a pickup and he stopped him and they took him to the hospital.

In his testimony he said that on Jan. 17, 2014 they executed a search warrant on the home of Asim Parris but found nothing.

On Jan. 18, he said he spoke with Jean Simmons who gave a video recorded testimony. On Jan. 19, Parris was charged with murder.

On Jan. 26, Somersall was charged with murder.

During Gordon’s testimony, he revealed that he checked the Sea Spawn to ascertain Simmons’ claim that she and Somersall stayed there in 2008 but failed to find proof.

The next witness was Travern Richards who testified as the one present when the video statement was taken and also one of the officers who executed a search warrant on the home of Dexter Somersall in January 2014. The search revealed nothing, he said.

Robert George testified that he pronounced Westerman dead and Dr Stephen Jones gave the results of the autopsy.

In closing the prosecutor told the jury to weigh the evidence and to examine Simmons evidence as she claimed to be there. Defense attorneys, however, called Simmons “a liar”.

The jury deliberated for under two hours with 11 out of 12 members finding Somersall not guilty. The jurors unanimously agreed that Halliday was not guilty. Both men were released from the accused box and freed from the court. 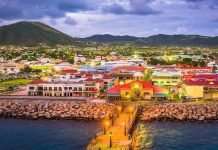 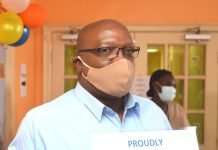