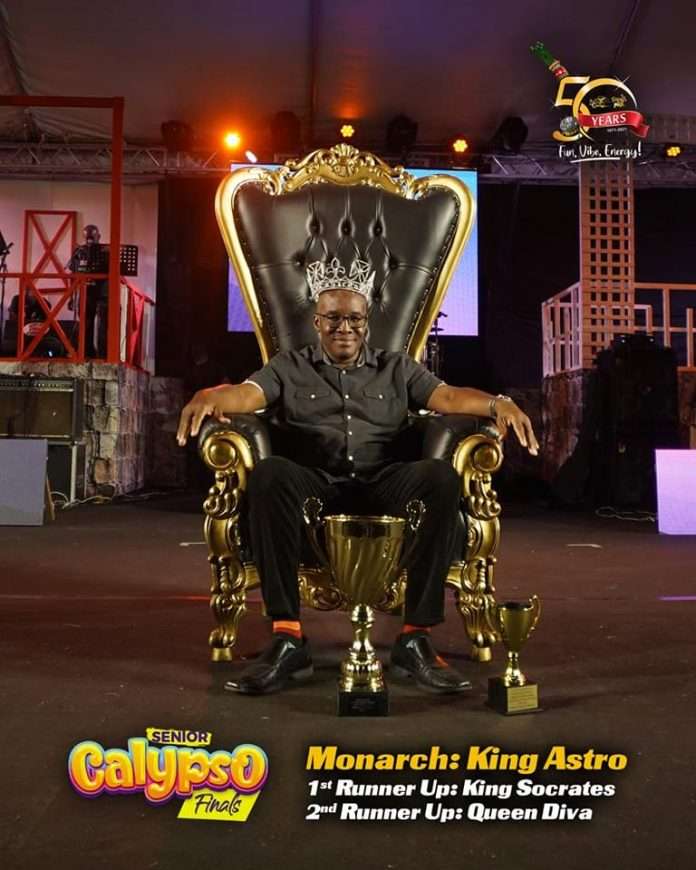 Oscar Browne, known in the calypso arena as the King Astro, is the new Senior Calypso King of St. Kitts & Nevis.

He won the title for the third time when he defeated seven other calypsonians, including the reigning Monarch, Queeny G.

Appearing fifth on stage in both rounds, Astro accumulated a total of 710 points from his winning selections called Resilience and Pay to Live.

Astro first won the national title back in 2014, when he became the first Nevisian to capture the crown. He successfully defended that title the following year, 2015, but was defeated in 2016, by Craig, who secured his first victory.

Expectations for a good performance from Astro were high, recognizing that he topped the score card during the Elimination stages.

His victory was by a margin of 12 points, leaving the First Runner-up position to the sixth time crowned former king, Socrates, who amassed 698 points.

The Second Runner-up slot went to Lady Diva, who scored 696 points or just two points less than Socrates, and 14 less than Astro. The other calypsonians in the finals were Queeny G, Queen Kibi, Murray, King Hollywood and Takeover.

As special appearance was made by the first National Senior Calypso Monarch, King Entertainer, who distributed the participation trophies to the finalists. Entertainer won the crown in 1971 and 1972.

The show, which was held on Thursday night, 30th December, 2021, at Carnival Village in Basseterre, was sponsored by the St. Kitts-Nevis-Anguilla National Bank.

This was also the final competition for the 50th Anniversary of Sugar Mas. 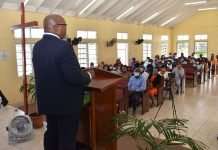