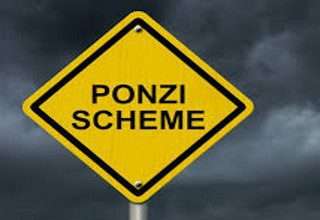 The Trinidad and Tobago Securities and Exchange Commission (TTSEC) says persons found guilty of operating a Ponzi scheme could be fined a maximum TT$10 million (One TT dollar=US$0.16 cents) as well as serve a ten-year jail term.

The TTSEC in a statement posted on its website, said the fines and imprisonment are contained in the recent amendments to the Securities Act.

“A new Section 165A has been inserted after the existing Section 165 of the Act to provide for the criminalizing of any ‘prohibited schemes’, namely Ponzi and pyramid-type schemes.

It said for knowingly advertising or inviting another person to join a prohibited scheme, a person is liable, if convicted, to pay two million dollars or to imprisonment for three years.

“Members of the public, who may have information about the operation of a prohibited scheme, are urged to contact the TTSEC or send the information (audio or video files/documents/texts/images) via the ‘TTSEC Investor Protection App’, easily downloadable via the Google and Apple Stores,” the TTSEC added.

Ponzi and pyramid-type schemes are referred to as “affinity fraud” and TTSEC said such schemes depend upon the promoter’s ability to find an ever-increasing number of new “investors” by giving the impression that earlier investors have been successful.

Within a short time, however, the required number of new investors will be difficult to find, and the promoter either disappears or has to admit that he cannot pay investors back.