(CNN) The coronavirus’s uncontrolled spread through the Americas accounted for a major part of all global Covid-19 deaths last week, according to Pan American Health Organization (PAHO) Director Carissa Etienne.

“One in four Covid deaths reported worldwide last week took place right here, in the Americas,” she said at a virtual press conference on Wednesday. “Nearly every country in Central America is reporting a rise in infections.”
Canada’s infection rates have surpassed the US infection rates for the first time, Etienne also said.
New coronavirus variants are helping drive the surge in infections across the region, while slow vaccination rollouts — due in part to lack of vaccine availability — pose additional setbacks for a number of countries in the Americas. The robust US vaccination campaign has been an exception.
Across South and Central America, many health systems are struggling to cope with the influx of patients, and are increasingly seeing younger patents, she said, noting that hospitalizations are “at an all-time high” in Costa Rica; Guatemala’s hospitals have reached maximum capacity; and hospitals in several major Colombian cities are running out of intensive care beds.
Peru, Bolivia, Argentina and Uruguay are also reporting rising infections.
Brazil has long been among the worst hit nations in the Americas, with the second-highest number of Covid-19 deaths in the world after the US, and the third highest number of cases after the US and India, according to the latest Johns Hopkins University data. Brazilian President Jair Bolsonaro, a longtime coronavirus skeptic, is now facing a government probe over his handling of pandemic. 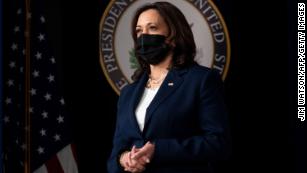 Kamala Harris announces US will send $310 million in humanitarian aid to Central America
As of this week, more than 317 million vaccine doses have been administered across 49 countries and territories in the region, according to Etienne. Nearly 7 million of those were purchased via COVAX, the vaccine distribution facility backed by the World Health Organization and the Vaccine Alliance known as GAVI.
Countries should receive their second COVAX shipments in the next few weeks, she said.