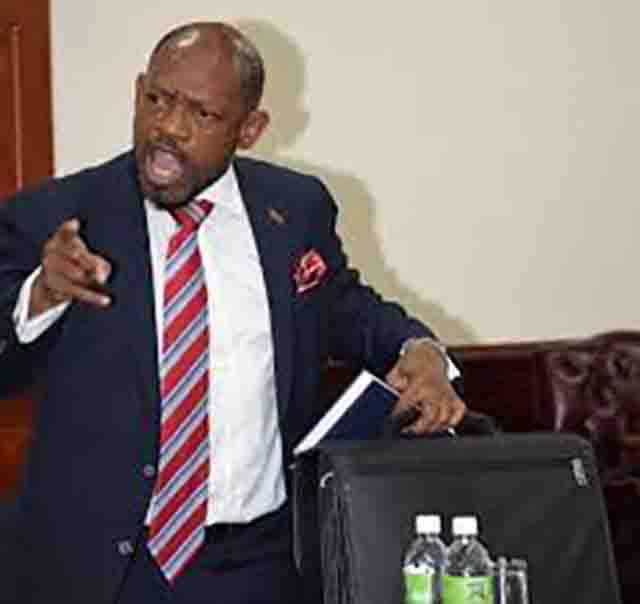 Opposition leader Dr. Denzil Douglas, at the helm of the St. Kitts and Nevis Labour Party for 28 years, has no intention of stepping down, despite the current controversy surrounding his Dominica diplomatic passport. But he says he has a plan for when that day comes.

Speaking at a party press conference last week Dr. Douglas said the party has a succession plan that is “ongoing”.

“The succession plan is on-going, one of the important areas the party was advised upon when I made mention in the introductory statement that we brought in a team of political scientists from the University of the West Indies, one of the areas of advice was on succession and that is in fact on going.

“Persons seem to be completely obsessed with Douglas being the party leader, I love their obsession,” he said.

The former Prime Minister reminded the conference the party has a constitution that explains how the leadership of the party is determined.

“Every single year that is being practiced and I am grateful as the leader of the party at this time for the opportunity to have served for a long time. In fact, I believe I have served with distinction but if my party asked me to stay on beyond 2015, 2016 and again in 2017 to assist the party in its restructuring and rebuilding efforts so that it can present itself as a credible alternative to this Unity concoction, I would do so.”

“At the right time I will step aside and allow my young generals, who are at the tier and at the point of readiness to take over the leadership, have no problem with that at all,” he said.

Dr. Douglas also announced the party will review its slate of candidates and are potentially looking at future candidates.

But the big question remains: When will be the right time? Former member of the Labour Party who also served as an elected member in the Douglas Administration from 1995-2008, Dwyer Astaphan indicated that Douglas should have passed on the leadership a long time ago.

In an exclusive Observer interview Astaphan said, “I think we have seen his best by day I think he should have gone long ago.”

“He is the leader of the party since 1989 and I am not saying that a man in his 60s has nothing to offer. But I believe his leadership record and style, with the damage he has done to the soul of the Labour Party and damage he has done to the country and the fact that he holding on so long in the labour party it is frustrating the ambitions of younger fresh leaders with new and different visions to carry the party and possibly the country into the next dispensation.”

Astaphan also criticized Dr. Douglas’ comments about continuing to lead as long as he is elected.

“In other words the people around him, the only chance of them becoming the leader is over his dead body. I don’t know if that is an approach that encourages upward mobility and encourages brain power into your organization to keep it relevant going forward.

Astaphan was also asked if he sees any potential leaders currently in the party ranks.

“The party has to find its leaders. If you can’t find people who a politically and intellectually acceptable inside then they have to go outside the party and get,” he said.