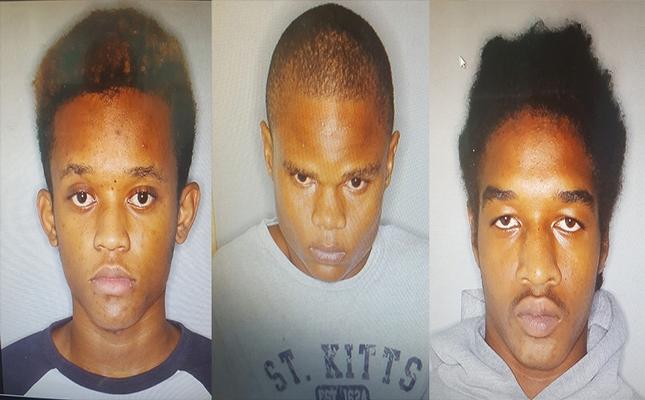 The brother of 17-year-old Leanna Napoleon and two others will stand trial for the teen’s murder following the conclusion of the preliminary inquiry last week.

Napoleon’s brother Brandon Lee Wells along with Travien Liddie and Ivan Phillip, all 19-years-old, were charged with murder of the teenager last May after she went missing for weeks.

At the conclusion of a preliminary inquiry the magistrate ruled there was sufficient evidence to proceed with a trial, at date still to be set.The three will remain remanded at Her Majesty’s Prison until then.

Last May the disappearance of 17 year old Napoleon was highly publicised after she was last seen on May 8 with her brother in the Buckley’s area following sitting exams earlier that day. Her disappearance sparked national outrage as to how a teen could simply vanish without a trace and for so long.

Her body was found more than one month after buried in a shallow grave in a mountainous area at Buckley’s. It was said to be covered in a white sheet and still in Basseterre High School uniform and had plastic bags around the face.

The Observer learned it took the police hours to reach the location of the body, which was buried in the hills, relying on flashlights to guide the search. Multiple cliffs that had to be scaled with police making a four-hour trek into the hills. They were only able to discover the body after a tip from someone with knowledge of the situation.

An autopsy revealed the teen died from blunt force trauma to the head.

Days after the body was found her brother was taken into custody and charged with homicide. Murder charges on Liddie and Phillip soon followed.

Napoleon was a fifth form student at the Basseterre High school.