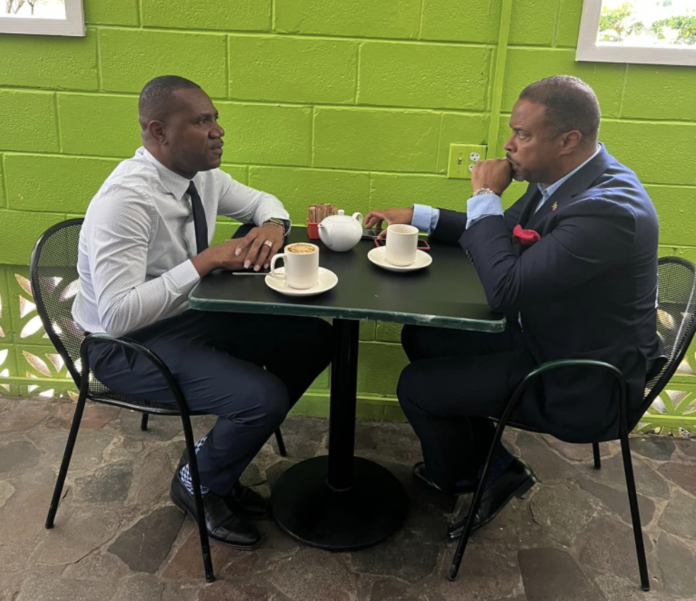 In recent months, our beloved country has witnessed unprecedented political challenges that could have been avoided, were it not for your departure from the core principles and promises that were established for the coalition government, comprised of the People’s Action Movement, Concerned Citizens Movement, and the People’s Labour Party

You would recall that when we agreed, as Political Parties, to form the alliance now known as Team Unity, we did so with a solemn and binding understanding that guided the mutual promises, agreements, and commitments. Simply put, we did so in a spirit of TRUST.

The ultimate mission of our union was to deliver social and economic programs that would adhere to a promise of Prosperity for All. The architecture of our political design was also birthed in a foundation of GOOD GOVERNANCE.

Our approach was to be a team of servant leaders, and not masters of the citizenry.

Our strategy then was to erase the scourges of victimization, discrimination, lack of government transparency, mismanagement of the economy, and corrupt practices. Jt was also our hope to end the poisoning of the rich traditions of democracy, on which our country was founded.

It is therefore an unfortunate reality that St. Kitts & Nevis today finds itself on a path which is the very antithesis of the spirit and intent of Team Unity.

Your governance, as Prime Minister, has boldly incorporated a systematic program designed to undermine your Cabinet colleagues, interfere in the operations of their portfolios, and oversee the inequitable distribution of government resources, mainly through the Office of the Prime Minister, Ministry of Finance and the Ministry of Sustainable Development.

Your governance has also been characterized by your obvious support for agents that use various means to tarnish the good name and image of your own colleagues, with whom you sit in cabinet.

Unfortunately, despite these accommodations, your party has been engaged, for several years, but heightened since the last election of 2020, in activities to undermine the PAM and CCM candidates in their constituencies.

Over the years, many of these issues and concerns were raised at various levels, including the cabinet, and during more private discussions. In the past, we have pursued our concerns using “quiet diplomacy” and keeping our disagreements private and confidential within the corridors of the government. But instead of a resolution, the situation has worsened.

Recognizing the worsening circumstances, we, the political leaders of PAM and CCM took a patriotic stand, and wrote to you on Monday 28 March, 2022 seeking urgent dialogue.

You were unable to accommodate a meeting notwithstanding the urgency until 9 days later on Wednesday April 6, 2022.

During that meeting, we outlined the critical issues and recommended the best way forward. However, you did not offer much either in terms of responses or commitments to introduce any of the changes suggested to improve the failing relationship. However, we, the undersigned, decided to be patient and measured in our approach.

As a consequence, we offered you a one-week period to consider the proposals and to return on Thursday, 14th April, 2022, to provide your responses and for us to take definitive actions.

Sadly again, you failed to adequately address the matters at hand and it seemed like the bridge of reconciliation was too wide for you to cross.

As it stands today, some two weeks after our first meeting to urgently address these critical matters of state, we still have no resolution and our country remains uneasy. There remains no semblance of clarity about the way forward, due to your tactics that some citizens describe as methods of strategic delay. We do not feel, however, that this is the time for such machinations.

The gulf between what is required to save the partnership and your personal preferences remains large and troubling.

We, Honourable Shawn Richards and Hon. Mark Brantley, have been most reasonable and patient, but the citizens of this great nation of ours are impatient with the lack of results, fuelled by your lack of urgency to resolve the impasse.

We are disheartened that there appears to be no willingness or appetite on your part to allow a meaningful platform that would allow us to construct a new system that would either repair the broken trust or pursue our good governance agenda.

This breach of trust and your departure from the pledge of good governance requires good men to act to prevent bad actors from destroying the fortunes of St. Kitts & Nevis and all of its citizens and residents. The time has come for us all to act in the spirit of our country’s motto: Country Above Self.

We have lost confidence in your leadership and you no longer command the support of the majority of your cabinet.

Therefore, in the interest of the stability of this country and the best interest of the preservation of good governance, we will accord you until Wednesday, 20th April, 2022, to respond definitively to the issues that we have raised in our meetings and others listed below:

We offer this compromise in good faith and in the best interest of continuity and stability and fairness in the process of delivering Prosperity for All.