Reese Walter who was convicted of the 2014 murder of 15-year-old Shante Claxton will be serving the rest of his life at Her Majesty’s Prison in St. Kitts.

Walters faced  Justice Ermin Moise at the Theodore Hobson QC High Court in Charlestown on Monday (October 19) as Moise handed down the maximum sentence in what he called an “extraordinary and aggravating case”. Walters sentenced will be reviewed in 30 years.

Walters’s case went to trial in April 2019. Director of Public Prosecution Valston Graham called 17 witnesses to testify on behalf of the prosecution. Witnesses included Claxton’s mother, her grandfather, the forensic pathologist, the medical examiner and police officers. In addition to the witnesses, DNA evidence which included a used condom and DNA from the nails of Claxton. He was found guilty by a 12 member jury.

The family of Claxton were present in the court as Walters’ fate was read. After the sentencing, the emotionless Walters was escorted out of the courtroom in handcuff to began his life term.

More to this story in this week’s Observer 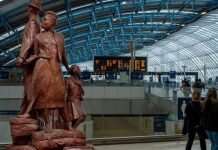 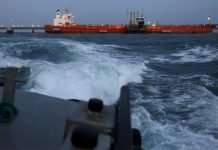