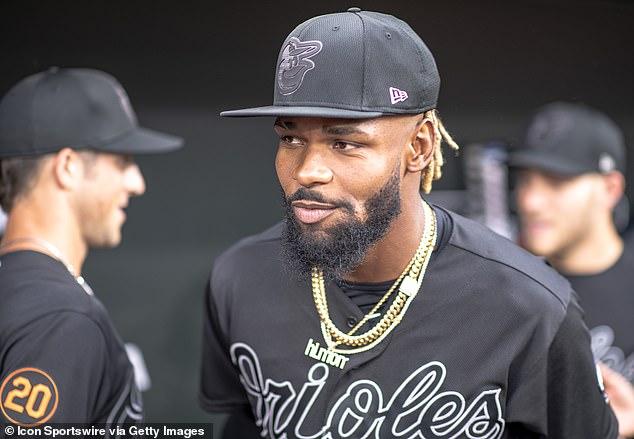 Baltimore Orioles pitcher Miguel Castro knows he is lucky to be alive after he was robbed of his gold chains and nearly shot outside his local baseball stadium in the Dominican Republic.

The 25-year-old was getting changed ready for practice in the parking lot of Andújar Cedeño stadium, in his hometown La Romana on Tuesday, when two armed men on motorbikes pulled up and demanded he hand over his jewelry.

Castro quickly agreed and gave up his chains but the attacker then raised his gun and fired.

Thankfully, the weapon jammed and then two bullets dropped to the ground. Castro was unharmed. The robbers fled on their bikes.

Castro, who was on vacation back in his native Dominican Republic during the Orioles offseason said: ‘I felt very scared because I thought I was going to lose my career.

‘Thankfully, the authorities are dealing with this issue and they will soon find the people,’ Castro added Wednesday during an interview with Operación Deportiva.

‘I was afraid. Truly something like that, having a gun pointed at you, I got frozen,’ he added. ‘I didn’t even know what to tell them.’

Castro went back to the field for practice Wednesday.

In a statement released by the Orioles on Tuesday, team executive vice president and general manager Mike Elias said: ‘We are in contact with Miguel Castro regarding today’s incident in La Romana, DR and we are very thankful that he is safe.’

Shortly after the incident, Castro posted a message via his Instagram story pleading for an end to the senseless violence in his native country.

According to U.S. Overseas Security Advisory Council 2018 crime report, La Romana was listed among the top five provinces with robberies. 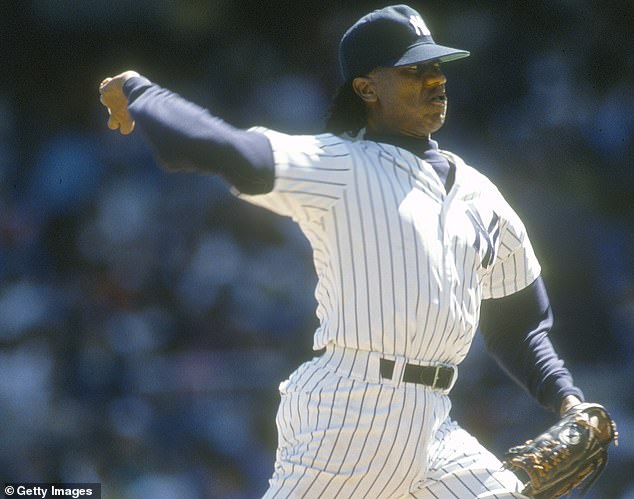 In November of 2012, Pascual Pérez was murdered at his home in San Gregrorio de Nigua in an apparent robbery 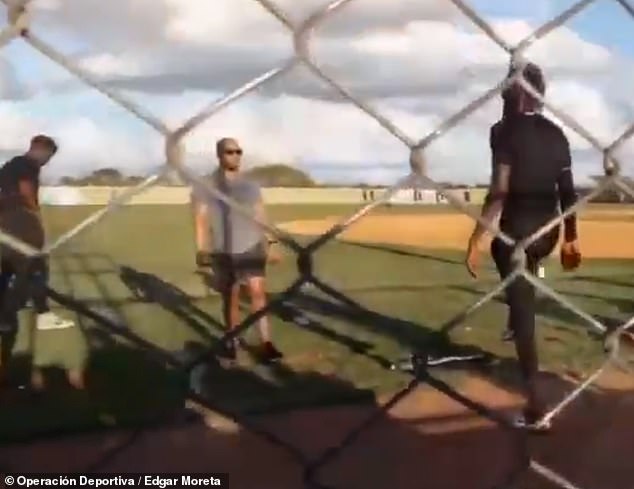 ‘You can’t even go to the ball field where you to train and help those who are on their way up. See how these two [guys] assaulted me. They took my chain and also wanted to shoot me. Enough.’

No arrests had been reported as of Thursday morning.

Castro’s mugging comes seven months after the Boston Red Sox legend David Ortiz was almost killed when an assassin shot him at close range in act authorities confirmed a case of mistaken identity.

The Dominican-born superstar was shot the night of June 9 at a lounge in the island’s capital of Santo Domingo.

Ortiz underwent multiple operations in the Dominican Republic and Boston.