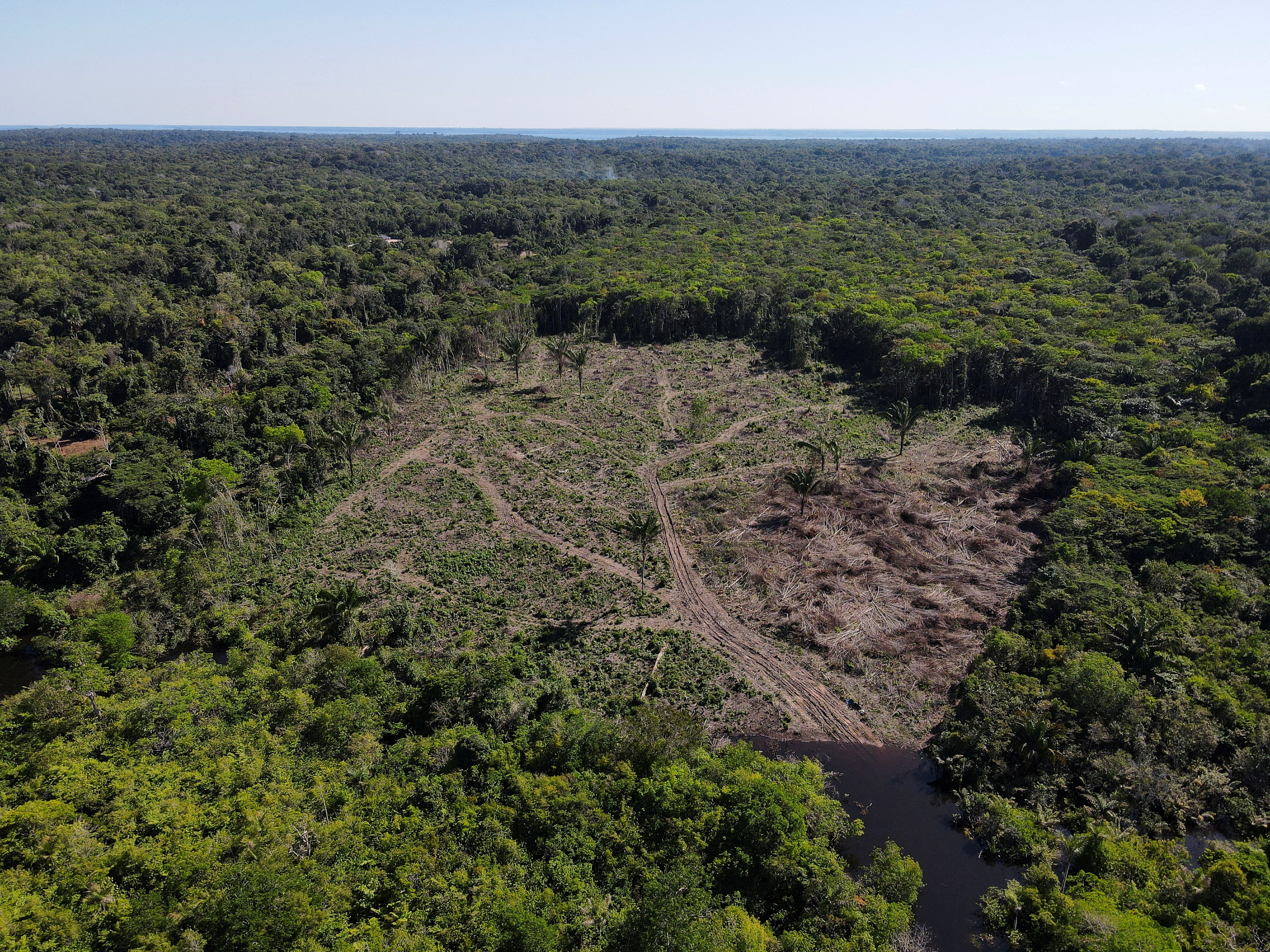 BRASILIA, Aug 31 (Reuters) – Former Brazilian President Luiz Inacio Lula da Silva’s aides are reaching out to Indonesia and the Democratic Republic of Congo to form a united front of countries with the most tropical rainforest at this year’s U.N. climate talks if the leftist wins a new term.

The United Nations Climate Change Conference, or COP27, will be held in November in Sharm El Sheikh, Egypt. Lula is the frontrunner in opinion polls ahead of Brazil’s October election.

Lula’s idea is to build an alliance – which could later be expanded – to push for resolutions to help developing countries preserve their forests and pressure rich countries into contributing to the cost, a top Lula aide said.

Aloizio Mercadante, who is in charge of Lula’s campaign program, said the policy team is especially focused on the details of a global carbon market and ways to finance conservation and sustainable development in rainforest regions.

“The proposal is to set up a strategic alliance to address the issue of funding at the COP in Egypt,” Mercadante told Reuters.

The rainforests of the Amazon, Borneo and Congo basins are threatened by excessive logging, which hurts biodiversity and releases greenhouse gases that accelerate climate change.

By uniting, the three countries can lead the charge to pressure rich countries for help with the cost of keeping the forests standing, Mercadante said.

The proposal marks a stark contrast with Bolsonaro, who has bristled at foreign conservation efforts in the Amazon and moth-balled a billion-dollar Amazon Fund backed by Norway and Germany after taking issue with the organizations involved.

Lula’s Workers Party has set up a working group to prepare for the U.N. climate talks in November, including proposals for a global market trading carbon offsets, Mercadante said.

He said Lula’s advisors have made initial contacts with the governments of Indonesia and DRC. A meeting with an advisor to Congo’s president should be scheduled in the next few weeks.

“Joining their voices together would bring more weight in front of Western nations willing to provide resources for the protection of their forests,” he told Reuters.

In 2012, the three countries had begun initial talks to win more clout in international talks aimed at giving a true value to their forest resources.

“Unfortunately the initiative didn’t gain much traction, mostly due to Indonesia which didn’t wholly adhere to the endeavor due to internal political reasons,” he said.

Mpanu-Mpanu said deforestation has a different dynamic in the three countries. In Brazil and Indonesia it is mostly driven by aggressive agro-industry policies, such as cattle ranching and palm oil production, while in the DRC it is mostly driven by poverty, with extensive slash and burn agriculture practices and energy needs, he said.

The Indonesian embassy did not reply to a request for comment.

Mercadante said the proposed alliance could eventually include other nations with significant tropical forests, such as Brazil’s neighbors in South America and other developing nations in Africa and Asia.

The Workers Party has floated proposals in recent months to cut deforestation and encourage a green economic transition via credit for farmers, investment in renewable energy and other projects to create jobs and improve conservation. read more

But the party wants help with international financing.

Mercadante said it is essential to speed up implementation of a global carbon market, which was approved at last year’s COP in Glasgow but has still not been fully defined.

That was one of the measures discussed with economist Jeffrey Sachs, president of the U.N. Sustainable Development Solutions Network, during his visit two weeks ago to the Workers Party think tank in Sao Paulo, the Perseu Abramo Foundation.

“Protecting the Amazon and rainforests requires global funding,” Sachs said at the time.