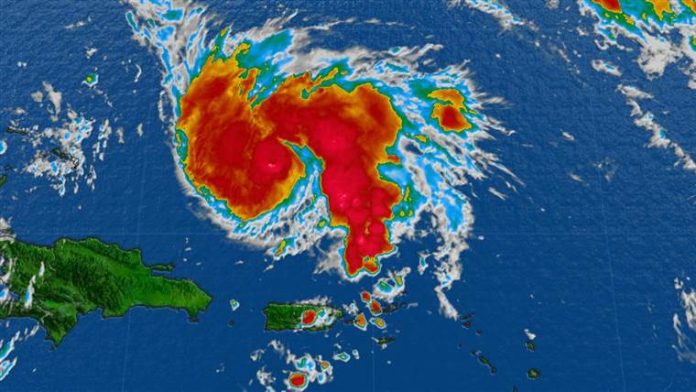 Reuters, CNN- In a slow, relentless advance, a catastrophic Hurricane Dorian kept pounding at the northern Bahamas early on Sept. 1, as one of the strongest Atlantic storms ever recorded left wrecked homes, shredded roofs, tumbled cars and toppled power poles in its wake.

The storm’s top sustained winds decreased slightly to 175 mph (280 kph) while it spun along Grand Bahama island early Monday in what forecasters said would be a daylong assault. Earlier, Dorian churned over Abaco island with battering winds and surf during Sunday.

There was little information from the affected islands, though officials expected many residents to be left homeless. Most people went to shelters as the storm approached, with tourist hotels shutting down and residents boarded up their homes.

“It’s devastating,” Joy Jibrilu, director general of the Bahamas’ Ministry of Tourism and Aviation, said Sunday afternoon. “There has been huge damage to property and infrastructure. Luckily, no loss of life reported.”

The Abaco Islands have suffered major damage from Dorian, according to the Hope Town Volunteer Fire and Rescue department. With winds reported up to 185 mph, now a category 5 storm, this  is the strongest hurricane to hit the Bahamas.

There are multiple reports of destroyed houses and roofs blown off. The fire department will be doing damage assessment as soon as the storm passes the island.

“Now is not a time to panic now is the time to plan how to get the recovery started. Hope Town Fire and Rescue will be heading up the efforts for recovery,” the department posted to social media.

The Abaco Islands are a group of islands and barrier cays in the northern Bahamas, east of southern Florida. Hope Town is one of the districts of the Bahamas on the Abaco islands.

With winds clocking in at 185 mph, Hurricane Dorian is now the strongest hurricane to ever hit the Bahamas.

Here are some other facts and figures about Dorian: