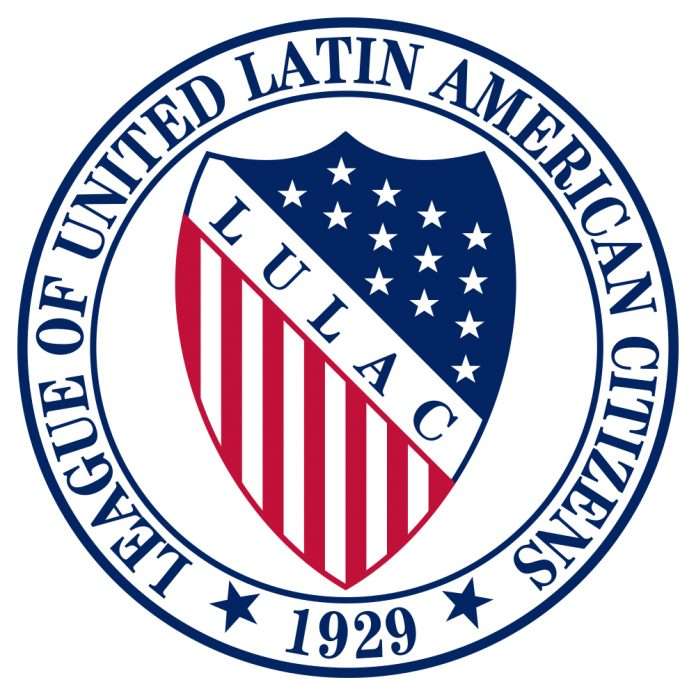 - Advertisement -
by Rafael Bernal
The Hill

The League of United Latin American Citizens (LULAC), the country’s oldest Hispanic civil rights organization, is struggling to serve its constituents amid an ongoing power struggle in its leadership ranks.

The fight stems from a postponed leadership election at the group’s yearly national convention, held in July in San Juan, Puerto Rico.

At the convention, an eleventh-hour temporary restraining order was issued by a judge in Texas blocking the election, where National President Domingo García was facing long odds for reelection in a house packed with supporters of Juan Carlos Lizardi, his opponent.

“The next LULAC convention is not until the end of July 2023 in Albuquerque, New Mexico, and so for us, this is absolutely an unnecessary distraction from the work that needs to happen,” LULAC CEO Sindy Benavides said.

García told The Hill he intends to remain national president until the Albuquerque convention, where he will not seek reelection.

“I’m eligible to run for one more year, but I’m not — I’m wanting to pass the torch of leadership to a new leader, hopefully who’s dynamic and is committed to the mission of civil rights for Latinos in the United States and Puerto Rico,” García said.

In the weeks following the fracas in San Juan, tensions have only grown, pitting García against Benavides, the board-appointed executive who runs day-to-day operations of both the LULAC National Office and the LULAC National Institute, which are separate entities.

Both groups are circling their wagons ahead of a court hearing Friday, where the Texas judge will outline the next steps as the temporary restraining order expires.

García contends that whistleblowers alerted to the use of “dirty” money from a pro-statehood political party in Puerto Rico “to attempt a hostile take-over of the National LULAC board” and that members of LULAC leadership, including Benavides, violated the court order stopping the convention.

García’s opponents, some of whom have filed impeachment proceedings against him, allege he orchestrated the lawsuit and restraining order that shut down the San Juan convention.

García, a prominent Texas litigator, is technically a defendant in that lawsuit, but articles of impeachment filed against him allege that “in order to stay in office, Domingo Garcia conspired with the plaintiffs to file a last-minute Temporary Restraining Order (TRO) to halt the national elections in which he would have lost by a massive landslide.”

“Those are just frivolous impeachment [proceedings] because I didn’t violate a court order. And in calling a meeting, I suspended those that did so it’s just totally frivolous. What’s it called? Sour grapes,” García told The Hill.

While open warfare has erupted since July, tensions between García and Benavides were simmering for years.

For more than a year, the LULAC board has had rules in place to prevent García from meeting directly with Benavides without another board member present, following complaints about García’s treatment of Benavides.

“LULAC is more than one person, one personality and that truly is what keeps me going,” said Benavides.

Benavides has contracts to run the organization’s two entities, which she signed under the previous president, Roger Rocha.

When his tenure started, García created a number of committees within the national board, including an oversight committee, later chosen to act as a buffer between the two leaders.

The buffer worked until the Puerto Rico convention.

Heading into the convention, Lizardi’s supporters capitalized on their home advantage, fielding hundreds of so-called paper councils and giving Lizardi a massive delegate lead for the election.

“These elections are conducted by delegates at a convention, which really limits the ability of really having full-fledged democracy for LULAC,” said Joe Henry, LULAC Iowa’s political director.

As a longstanding practice, candidates running for elections at a convention regularly fundraise or invest their own money to create councils — groups of 10 members or more — that yield delegates.

Councils created specifically for the election are derisively known as “paper councils.”

“But when it comes to voting, there are people there voting,” Chávez added.

Still, when Lizardi’s supporters showed up with an overwhelming number of councils and delegates, García cried foul.

“In the past the candidates, individual candidates and people, would create a council before an election to try to get votes. This was a huge, unprecedented number of councils — 350 in 70 days we believe, according to the petition, an expenditure of almost a million dollars,” García said.

“It was in essence, a hostile takeover by a … political party and their followers,” he said.

The Hill has reached out to Lizardi several times for comment on this piece.

The accusation made waves both in Puerto Rico’s political landscape and within LULAC.

The PNP’s secretary general, local Sen. Carmelo Ríos, directly appealed to García to cease his attacks against the party.

“Mr. García, you have to stop these continued comments associating the PNP with irregular acts,” Ríos said earlier this month.

“The obsession to involve our group, which fights for equality in civil rights for the American citizens of Puerto Rico, which should be your cause as well, is for your own political partisan reasons,” he added.

Ríos was referring to a meeting between García and members of the opposition, the anti-statehood Partido Popular Democrático, shortly before the botched convention.

That meeting, and García’s subsequent anti-statehood turn, shocked observers within LULAC, an organization known for its unabashed support for Puerto Rico statehood.

Benavides was quickly reinstated by the board, but the move frayed García’s relationship with board members.

“We have to work together as a board,” he added.

Still, García said he supports reforming the LULAC constitution to avoid similar situations in the future.

“I am supporting constitutional amendments that for example, a council needs to be in good standing at least one year prior to the National Convention to vote in order to avoid people attempting to buy the presidency of LULAC or the National Board,” García said.

“And we need to make sure we do everything we can to avoid what happened in Puerto Rico from happening again. There’s nothing to stop the Republican or Democratic Party from taking over the organization with the system we have now,” he added.

But LULAC’s board members say they first need to go through impeachment proceedings filed against García, and any reform to the delegate system will have to come at the next National Convention.

“I won’t let anyone violate the LULAC constitution,” Chávez said.

“I believe that we have survived for 93 years because we followed that constitution. The minute you start to go off and trying to violate that, that’s when you get in trouble,” she added.