CLEVELAND, Ohio–September 29th, 2020–In the most eagerly awaited dual since Vice President Aaron Burr took on Alexander Hamilton in a gunfight in 1804, former Vice President Joe Biden last night took on Donald Trump in what was billed as a presidential debate with rules, but rapidly turned into a freestyle verbal brawl.

The first presidential debate between Donald Trump and Joe Biden began in belligerent fashion, with the rules of engagement dropped in just a few minutes, when Trump repeatedly interrupted Biden, and the former vice president responded by referring to the representative as a clown and a liar.

When the supreme court discussion quickly turned to Covid-19, Trump said that 2 million people would have died if Biden were president.

Moderator Chris Wallace told Trump that the Covid-19 theme would be played later. He then asked Trump if he had a plan to replace the Affordable Care (Health Insurance) Act, known as Obamacare, to which the president replied, “First of all, I guess I’m debating with you, not him, but that’s fine. I’m not surprised.”

Biden laughed at Trump’s attacks. But he also seemed upset at times. “The fact is that everything you’re saying so far is a vile lie,” Biden declared. “I’m not here to point out your lies. Everybody knows he’s a liar.”

Wallace asked Trump to let Biden finish. “Friends, do you have any idea what this clown is doing?” asked Biden, immediately apologizing for the insult.

“It’s hard to talk to this clown, sorry, this person,” Biden said, moments after moderator Chris Wallace warned Trump not to interrupt.

“You’re the worst president the United States has ever had,” Biden had told him before.

President Donald Trump yesterday accused “socialist” rival Democrat Joe Biden at the start of the first debate. Trump threw that accusation, which Biden immediately denied, after claiming that his opponent planned to eliminate private health insurance in the country because “his party wants to go the socialist way.”

“I am the Democratic Party, the principles of the party (in this election) are what I approved,” replied the Democratic nominee, who defends moderate options.

In another tenor, Trump accused Joe Biden’s son of corruption, which his rival lost his roles to and called him a “clown,” though he apologized immediately.

“Why did the mayor of Moscow, his wife, give his son (Hunter) $3.5 million? What did you do to deserve that?” asked Trump, to which Biden claimed that was a “lie.”

The representative added: “He doesn’t want to answer because he knows I know the truth, his stance has been fully shown.”

Just before the debate Joe Biden and his wife, Jill Biden, released more details of their tax returns hours before the first presidential debate. Biden returns show that the couple between them paid nearly $300,000 in federal taxes in 2019.

A recent report in the New York Times claimed that Trump had paid less than $1000 in personal federal income taxes in both 2016 and 2017.

Burr killed Hamilton in that dual more than 200 years ago, but both contestants survived last night and both claimed victory. From their point of view it may have been win-win, but commentators were quick to describe the debate as lose-lose for the American people. 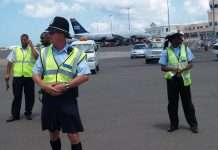 Who Shot The Sheriff? Nobody, Apparently, As Bermuda Panics Over Shootout False Alarm. 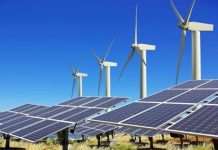