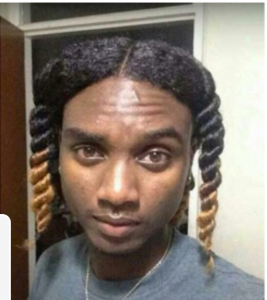 Man on motorcycle killed while running from police

A young man died after he was involved in a fatal accident Saturday in Basseterre while evading police.

According to police, the accident took place at about 4:15 p.m. along Wellington Road in the vicinity of the Old Public Works Department.

Police say preliminary investigations have revealed that Tau Johnson, 20, of Buckely’s Housing Project was riding a motorcycle when police officers on patrol attempted to stop him in the vicinity of College Street Ghuat. The officers got out of their vehicle and signalled for him to stop and he did not. They returned to their vehicle and chased after him.

The police have indicated Johnson continued fleeing the officers trying to pursue him and ran a red light at Baker’s Corner. While driving along Wellington Road, Johnson attempted to manoeuvre between vehicles, lost control of the motorcycle and fell. He was transported to the J.N.F. Hospital via Emergency Medical Services, where he was later pronounced dead.

Unconfirmed reports claimed Johnson was struck by a police vehicle, causing the accident, but according to police investigations conducted thus far, the police vehicle maintained some distance behind Johnson while in pursuit. Many have also expressed displeasure with how the young man was handled by EMS operatives in the ambulance.

The matter is still being investigated by the Traffic Department and an appeal is being made to people who witnessed the incident to contact the department to share any information they might have with the police.

An autopsy will be performed on the body of Johnson to determine the exact cause of death.