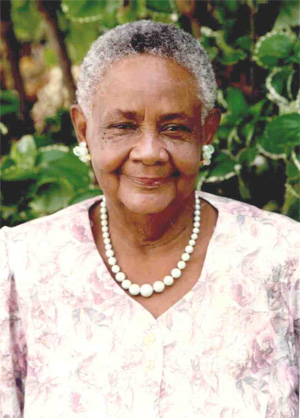 The year 2007 has brought the Charlestown Preparatory School to a new high as they enjoy the renaming of the school after the founder, Miss Maude Crosse. The event was held at the school compound on Tuesday, May 09, 2007 where a host of top government and education officials were present.

Among those present were the Premier of Nevis and Minister of Education, Hon. Joseph Parry, Minister Robelto Hector, Mrs. Jeniffer Hodge, the Principal Education Officer, the Headmistress, Mrs. Varina Williams, parents, teachers and the students.

The Minister of Education and Premier of Nevis, Hon. Joseph Parry in his remarks underscores the significance of abolition of the slave trade in the enlightenment of our fore fathers.

In his further remarks, the Honourable Premier and Minister of Education disclosed the importance of education both in our lives and the community as a whole “ It is not just the race, not just the education but the peace and future that the quality of education gives us. Education deals with the behavior and public conducting of ourselves towards each other in the community without violence. It also teaches us how to say good afternoon and thank you, how to be honest, dress properly  and be a good leader“  he said..

He however expressed his concerns to the neglect attitude being taken towards education in our society and showed his dissatisfaction for education no longer have the significance and prominence that it used to have in our lives and community.

Hon. Parry later commended Miss Williams and the teachers for doing a  great job and urged the whole community to remember all the qualities of good education. He added that the teachers are not just school teachers but parents in schools that do take care of the children as well as teach them how to behave. “ The parents should learn to cooperate with the teachers and the school system because if parents are behaving aggressively against the teachers, they discourage and demoralize them and in demoralizing them, they demoralize the system. The school has been a beacon and we want that light to shine more in this country”  he said

He added that Miss Maude has set a good example that should be a lead on for the great people of Nevis.

“What is being done here today must be copied. The people of Nevis must know the heroes of outstanding performances and not just the names. I hope that this message goes out as it is not a matter of building a school, but of honoring somebody and sending the strong signal to the people. This is a hero, and somebody who has contributed. I urge everyone to be like her and follow her leadership” he said