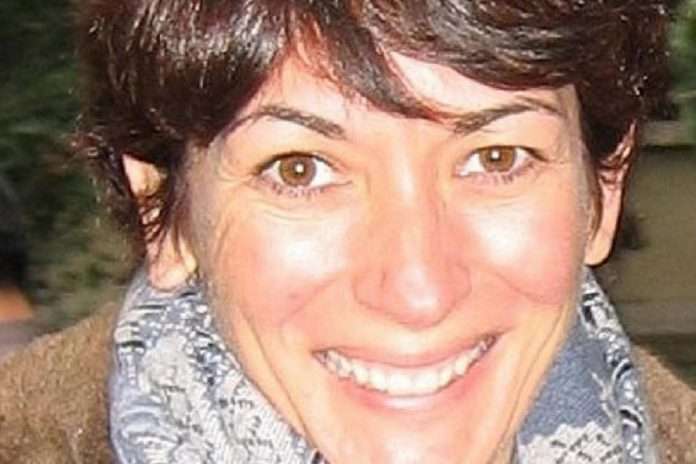 - Advertisement -
28th June
By Kieran Doody
The National of Wales


British socialite Ghislaine Maxwell has been sentenced to 20 years in prison by a federal court in New York for luring young girls to massage rooms for disgraced financier Jeffrey Epstein to sexually abuse.

Maxwell appeared in court wearing a short-sleeve blue prison shirt with a whie long-sleeve t-shirt underneath. She wore a mask and a mask as she awaited the vedict.

Judge Alison Nathan rejected a series of objections to details in the pre-sentence report from Maxwell’s defence team.

The 60-year-old, who was labelled “dangerous” by the prosecution during her three-week trial last year, helped entice vulnerable teenagers to the disgraced financier’s various properties for him to sexually abuse between 1994 and 2004.

The socialite was convicted in December last year of sex trafficking minors, conspiracy to entice a minor to travel to engage in illegal sex acts, and conspiracy to transport a minor with the intent to engage in criminal sexual activity.

She was also found guilty of transporting a minor with the intent to engage in criminal sexual activity and conspiracy to commit sex trafficking of minors.

Maxwell’s defence attorneys sought a delay to sentencing proceedings through a motion filed on Saturday, in which they said she had been placed on “suicide watch” and was “not permitted to possess and review legal documents”.

Her attorneys had also previously moved for a retrial after it emerged one of the jurors in her trial had failed to disclose he was a victim of sexual abuse, but her conviction was upheld

How old is Ghislaine Maxwell now?

The 60-year-old faces prison until she is 80 following her sentence for sex trafficking.

Speaking to the court for the first time other than brief statements, Maxwell said she “empathised deeply with all the victims in this case”.

Shesaid her relationship with Epstein “will permanently stain me” and described meeting him as “the biggest regret of my life”.

She said: “I believe Jeffrey Epstein fooled all of those in his orbit.

“His victims considered him a mentor, friend, lover. Jeffrey Epstein should have stood before you. In 2005. In 2009. And again in 2019. But today it is for me to be sentenced.

“I’m sorry for the pain that you have experienced.”

Photo issued by US Department of Justice of Ghislaine Maxwell with Jeffrey Epstein. (PA)

Maxwell’s defence counsel had attempted to distance her from Epstein, but a series of photographs showed the close relationship the pair had.

Epstein was found dead in his cell at a federal jail in Manhattan in August 2019 while he awaited trial on sex trafficking charges.

The death was ruled a suicide.