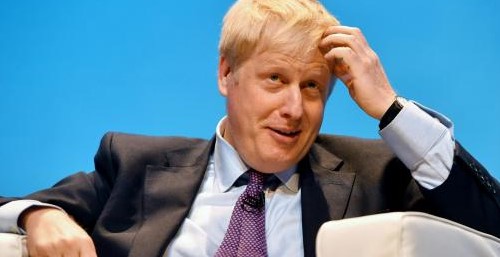 Boris Johnson will head to Downing Street later after he takes over from Theresa May as prime minister. The new Conservative leader will take office on Wednesday afternoon following the traditional and mandated audience with the Queen at Buckingham Palace.

After entering Number 10, he is expected to announce a clutch of senior cabinet posts, including chancellor of the exchequer and home secretary.

He is expected to use the opportunity to increase the number of women in full cabinet positions and boost the representation of ethnic minorities.

Mr Johnson won a decisive victory over Foreign Secretary Jeremy Hunt in a ballot of Tory members – gaining a 66.4% total share of the vote.

Conversations are said to be “ongoing” between Mr Hunt and Mr Johnson about the foreign secretary’s next role.

BBC political editor Laura Kuenssberg said she understood Mr Johnson is resolute that Mr Hunt should not stay on at the Foreign Office.

However she added that Mr Hunt is firm that he won’t accept anything less than his current role, or becoming home secretary, chancellor or deputy prime minister. He would consider other moves a demotion, she said.

She added that Dominic Cummings, the former chief of the Vote Leave campaign, is expected to become a senior adviser to the new prime minister.

It is also confirmed that David Frost, a former ambassador and senior official at the Foreign Office, will be appointed as a key negotiator on Brexit.

After his victory, Mr Johnson said his priorities were to deliver Brexit, unite the country and defeat Labour leader Jeremy Corbyn.

He is expected to address the nation for the first time outside Downing Street at about 16:00 BST after accepting the Queen’s invitation to form a government.

That will follow Theresa May formally giving her resignation as prime minister at Buckingham Palace.

All the makings of a disaster?

Boris Johnson’s political inheritance has all the makings of a disaster.

He has no Commons majority. There is no mandate from the general public – remember this election has only been decided by Tory members.

There are policy problems everywhere in sight, whether that’s trying to solve the conundrums of Brexit with a reluctant EU and a divided party, or trying to address deep-seated problems at home.

And just as among his fans there is genuine excitement that he will, at last, be in Number 10, there is scepticism and disbelief from the opposition parties, and double-sided concerns in his own party.

Wednesday 12:00 BST onwards: Theresa May takes part in her last Prime Minister’s Questions. After lunch she will make a short farewell speech outside No 10 before travelling to see the Queen to resign.

Boris Johnson will then arrive for an audience at Buckingham Palace where he will be invited to form a government.

After that he will make a speech in Downing Street before entering the building for the first time as prime minister.

Later, he will begin announcing his most senior cabinet appointments, such as chancellor, home secretary and foreign secretary, and will make and take his first calls from other world leaders.

Thursday: Mr Johnson is expected to make a statement to Parliament about his Brexit strategy and take questions from MPs. Parliament will break up for its summer recess later.

Mr Johnson will inherit a wafer-thin parliamentary majority and, like his predecessor, will continue to rely on the support of the Democratic Unionists of Northern Ireland to govern.

Labour, the Lib Dems and the SNP have said they will oppose Mr Johnson over Brexit, although they have stopped short of threatening an immediate vote of no confidence.

Shadow international trade secretary Barry Gardiner said “discussions are ongoing” between Labour and potential Tory rebels to find out who might support such a vote.

He told Radio 4’s Today programme that it was “the nuclear option” which should be “used carefully”.

Kuenssberg said Mr Johnson’s choice of his top team would be critical in his efforts to bring the warring factions of his party together.

Among the key decisions he faces is who will take over at the Treasury after Chancellor Philip Hammond signalled his intention to resign if Mr Johnson became leader.

Those said to be in the frame include Home Secretary Sajid Javid, former Brexit Secretary Dominic Raab and Liz Truss, Mr Hammond’s current deputy at the Treasury.

Sweeping changes are expected with a number of other ministers, including Justice Secretary David Gauke and Development Secretary Rory Stewart, having said they cannot serve under Mr Johnson due to his determination to leave the EU, with or without a deal, on 31 October.

Priti Patel could return to the cabinet less than two years after resigning as international development secretary over a row over unauthorised meetings with Israeli officials.

Speaking to reporters on Tuesday, Ms Patel said she did not want to “speculate” on a potential cabinet role, but added it was “important that we have a government that reflects modern Britain”.

And former Sports Minister Tracey Crouch, who quit last year in a dispute with the Treasury over fixed-odds betting terminals, could also be in line for a recall.

A source close to Mr Johnson said: “Boris will build a cabinet showcasing all the talents within the party that truly reflect modern Britain.”

Brexit Party leader Nigel Farage has said he is open to an electoral pact with Mr Johnson – if the new Tory leader is genuine about taking the UK out of the EU on 31 October.

Mr Farage said Mr Johnson would need to call an election if he wanted a no-deal Brexit, in order to “change the arithmetic” in the Commons.

“There is no way that we are going to have any kind of electoral pact with the Brexit Party and Nigel Farage,” he told the Today programme.

US President Donald Trump, speaking to a right-wing youth organisation in Washington DC, said Mr Johnson and Mr Farage would do “tremendous things” together. 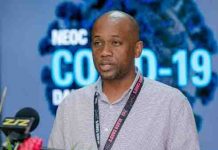 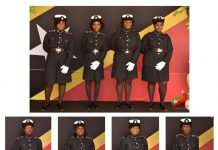