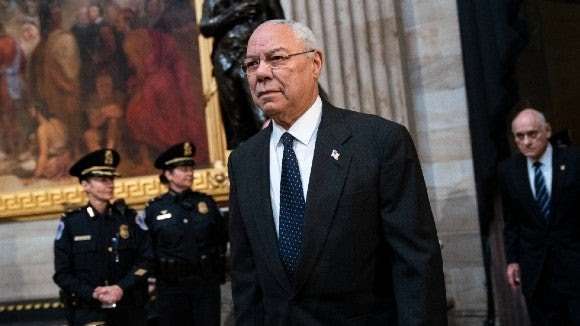 A memorial service for Colin Powell will be held on Nov. 5 at the Washington National Cathedral, according to a spokesman for the former secretary of State.

The service, set for noon, will have “very limited seating and it will be by invitation only,” Powell spokeswoman Peggy Cifrino told multiple outlets in a written statement.

A nation’s loss: Powell, the first Black secretary of State, Joint Chiefs of Staff chairman and National Security Advisor, died on Monday due to complications from COVID-19. He was 84.

He had been fully vaccinated against the coronavirus but had a history of multiple myeloma, a common blood cancer that weakens the immune system.

Powell’s decorated military career that included two tours in Vietnam led to key military and diplomatic positions throughout Washington, serving under both Democratic and Republican presidents.

Other acknowledgements: President Biden also ordered flags at the White House and federal buildings be flown at half-staff until Oct. 22 in honor of Powell.