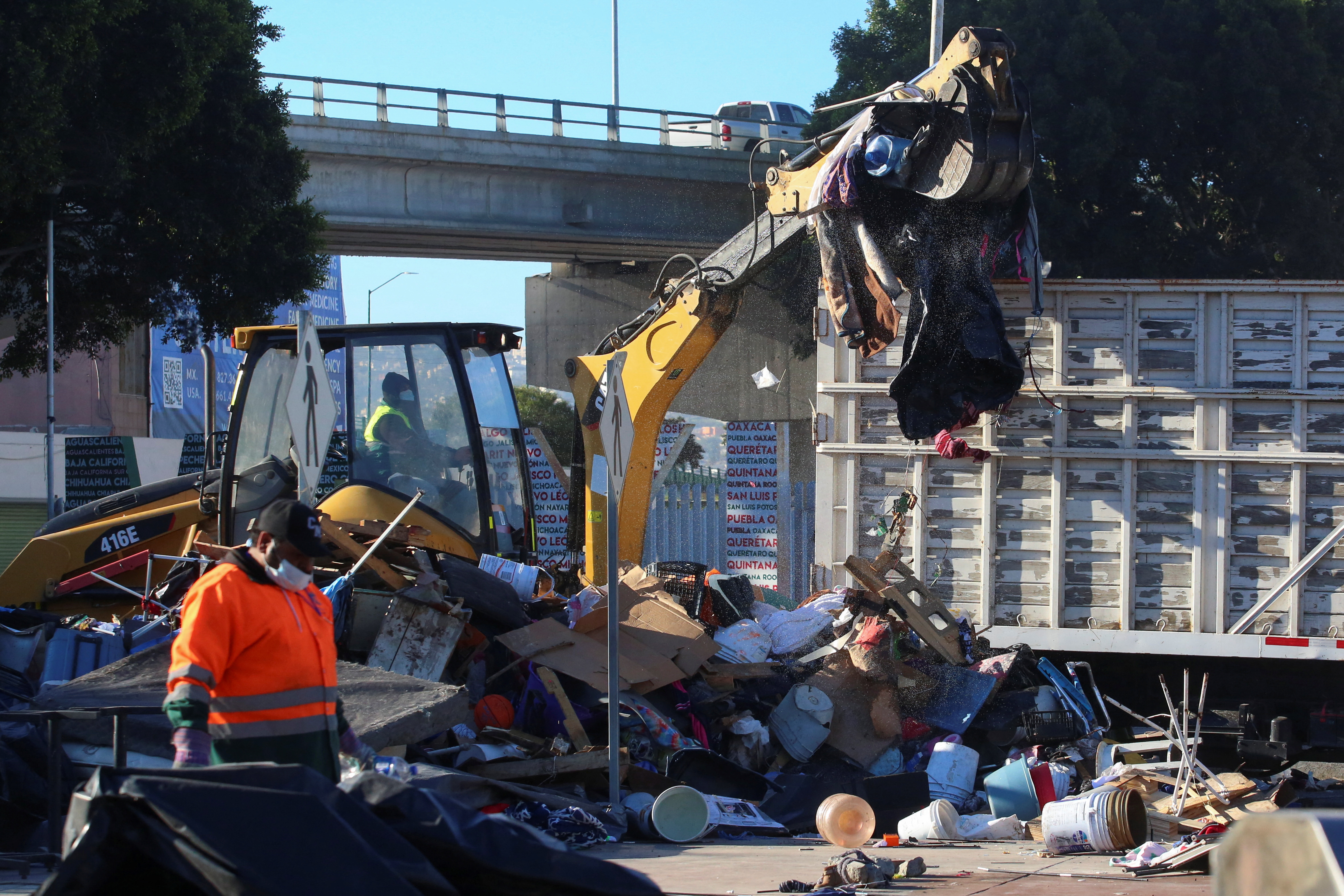 MEXICO CITY, Feb 6 (Reuters) – Mexican authorities on Sunday cleared a makeshift camp in the north of the country where hundreds of migrants heading towards the U.S. border had been holding out for more than a year in what rights organizations criticized as deplorable conditions.

Nearly 400 migrants have been transferred by bus to three different shelters near the border city of Tijuana, where they can remain “indefinitely,” said the city’s Mayor Montserrat Caballero.

Caballero promised help for those migrants regardless of whether they want to stay in Tijuana or return to their countries of origin.

“We’re going to pay for the transfers and, if they want to wait for their ‘American dream,’ we’re also going to support them while they wait,” said Caballero.

Dozens of security personnel, including soldiers from the national guard, were seen dissolving the makeshift camp, fenced by metal mesh, in videos shared on social media.

Families, including parents with small children, were seen packing up their belongings. There were no reports of violence.

Caballero said the troops were not armed and that migrants collected their belongings and boarded buses voluntarily because they had previously been notified they would be transferred.

But one Guatemalan mother, who had arrived in Tijuana a year ago, and requested anonymity, said she felt migrants had little choice but to follow orders.

On Saturday, Mexico’s National Human Rights Commission (CNDH) urged immigration authorities to speed up the processes that would help nearly 2,000 migrants at the southern border get documents to regularize their stay in Mexico or let them travel through the country without being detained. read more

Tens of thousands of migrants flee their home countries each year in an attempt to reach the United States, but many of them also seek refuge and protection in Mexico.