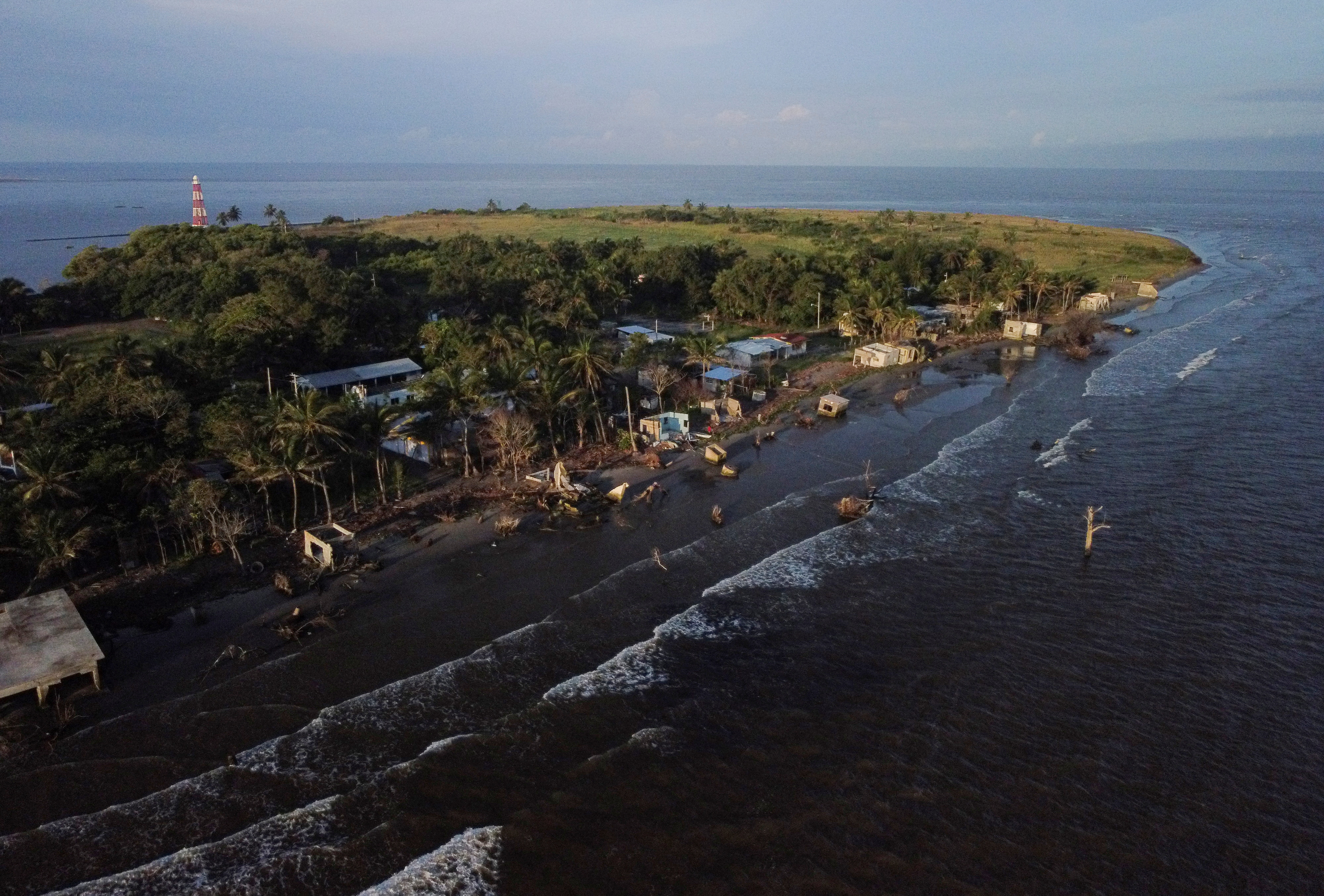 EL BOSQUE, Mexico, Nov 8 (Reuters) – Celia Figarola and her husband stayed in their simple seafront home by the Gulf of Mexico as long as they could – until, finally, the encroaching tide caused their walls to crack.

Now what was Celia’s home for three decades lies in ruins in the surf.

“My children grew up here, both my grandchildren were born here, and now everything is lost,” Celia said, surveying the home’s remnants in El Bosque, a tiny fishing town on the edge of a wetlands reserve in Tabasco state.

As world leaders gather thousands of miles away at the COP27 climate summit in Egypt, Celia and other residents of El Bosque are sounding the alarm about a “climate emergency” they say is destroying Mexico’s poor southern coast.

Thirty homes in the village have collapsed into the sea as the shoreline has eroded, displacing 50 families, according to environmental groups Greenpeace Mexico and Conexiones Climaticas.

They warn that 20 more homes and the town’s primary school could be lost in coming months.

“(I feel) very sad about what is happening. Global warming or whatever they call it has already reached us,” said Guadalupe Cobos, who fears for her own house after seeing her neighbors’ residences collapse. She says she want the government to relocate the community.

Greenpeace Mexico and Conexiones Climaticas said Monday that El Bosque’s situation “is a clear example that climate change disproportionately and unfairly affects the most vulnerable” in Mexico and should add urgency to address global warming.

“The response provided to this community will be a reference for the next communities in Mexico that follow in their path,” the groups said in a statement.