MEXICO CITY, Jan 25 (Reuters) – Mexican journalists on Tuesday started nationwide protests to denounce the recent murders of three reporters, demanding an end to impunity that has often characterized the killings of their colleagues.

The protests follow the murder of seasoned journalist Lourdes Maldonado on Sunday, some three years after she raised the issue of killings with President Andres Manuel Lopez Obrador and said she feared for her life. read more

Protesters in the central state of Puebla laid flowers and candles on the street along with signs that read “I’m angry at censorship”, television footage showed, while in the northern state of Chihuahua protesters scrawled on a wall “Journalism is a risk” and drew the face of Maldonado.

Israel Ibarra, president at a Baja California communications college, said if government and society failed to act they would be “complicit” not only in the murders of Maldonado and others but “the murder of freedom of expression in Mexico”.

Mexico is one of the world’s most dangerous countries for journalists, and some 145 have been killed between 2000-2021, according to Article 19, an advocacy group. 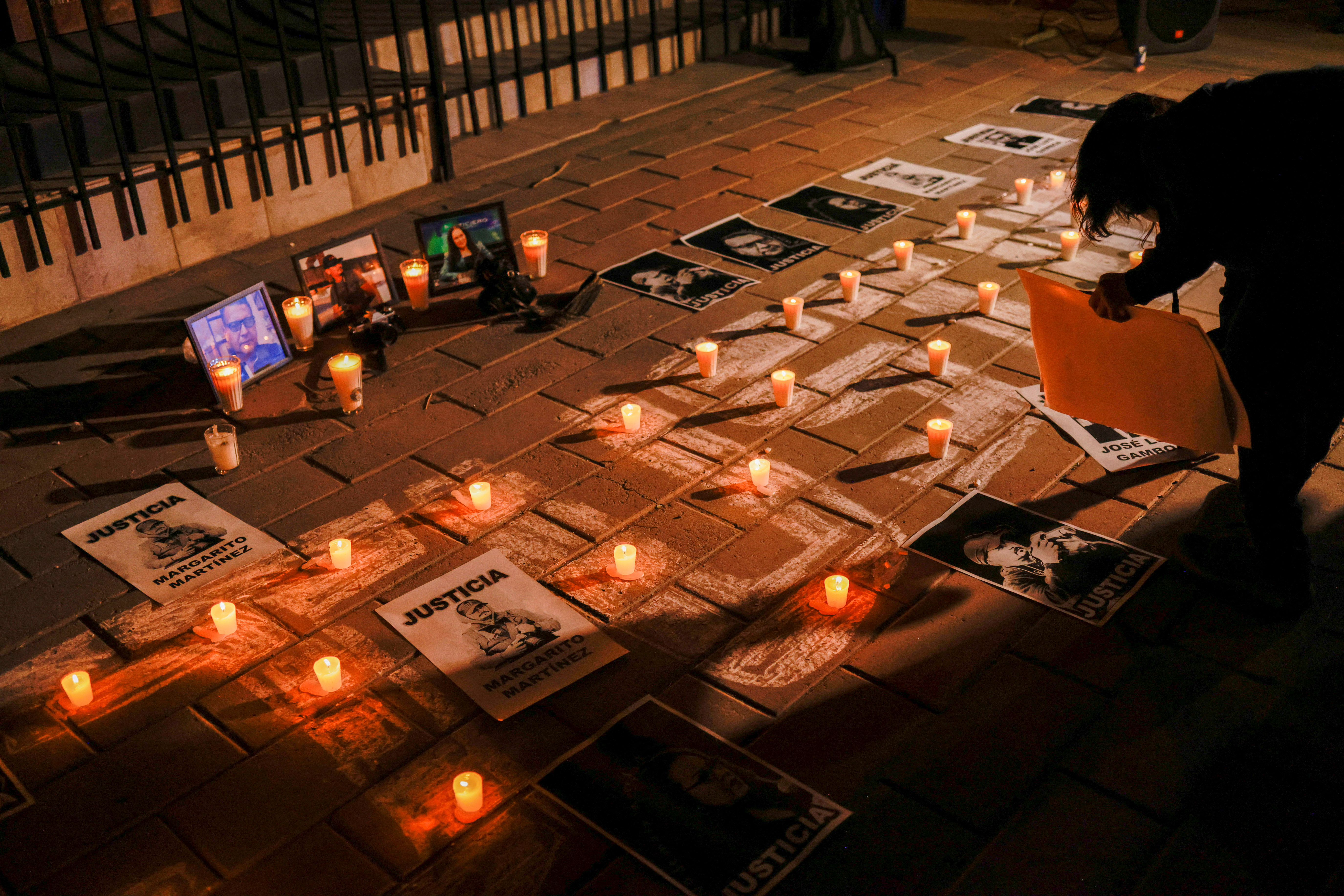 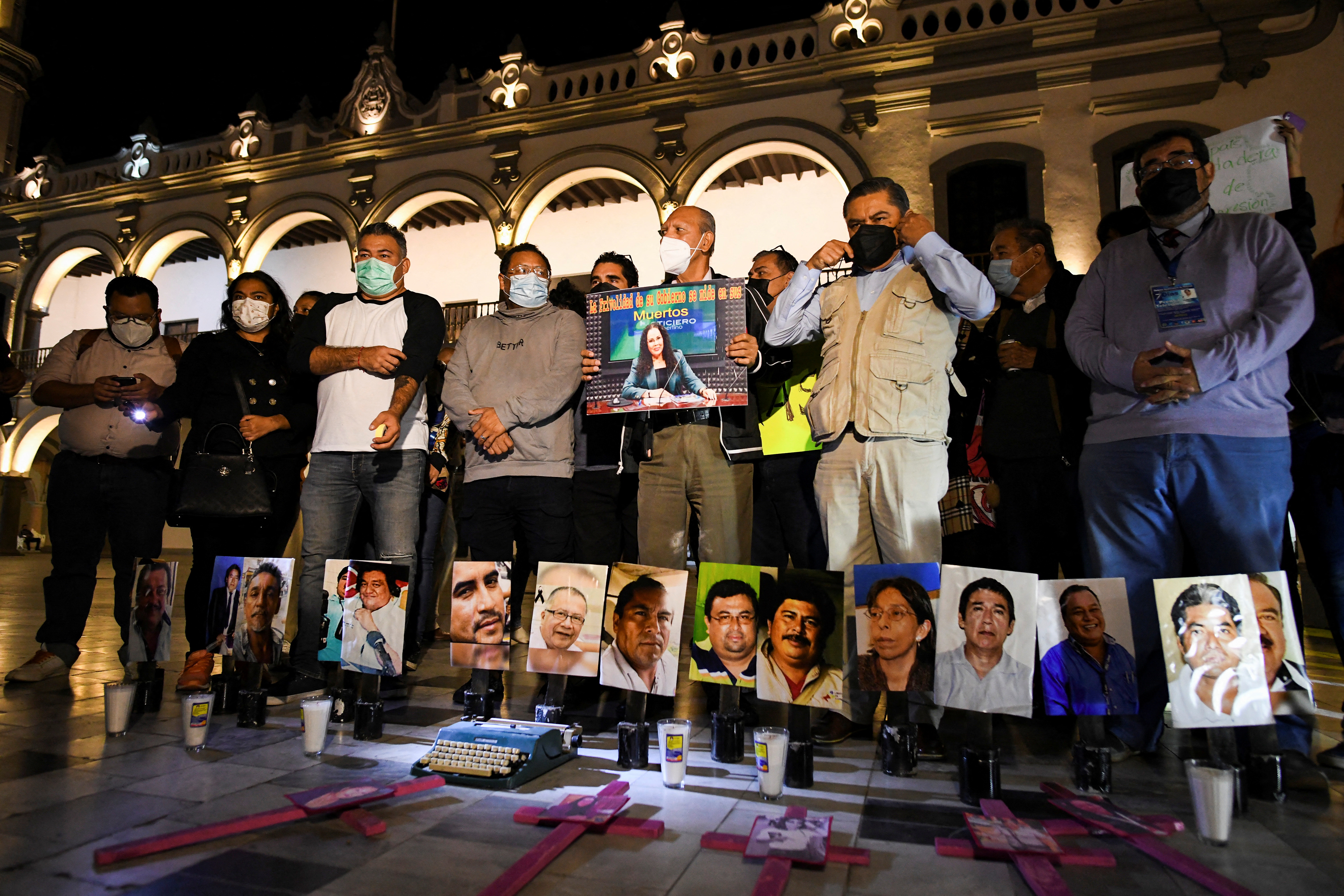 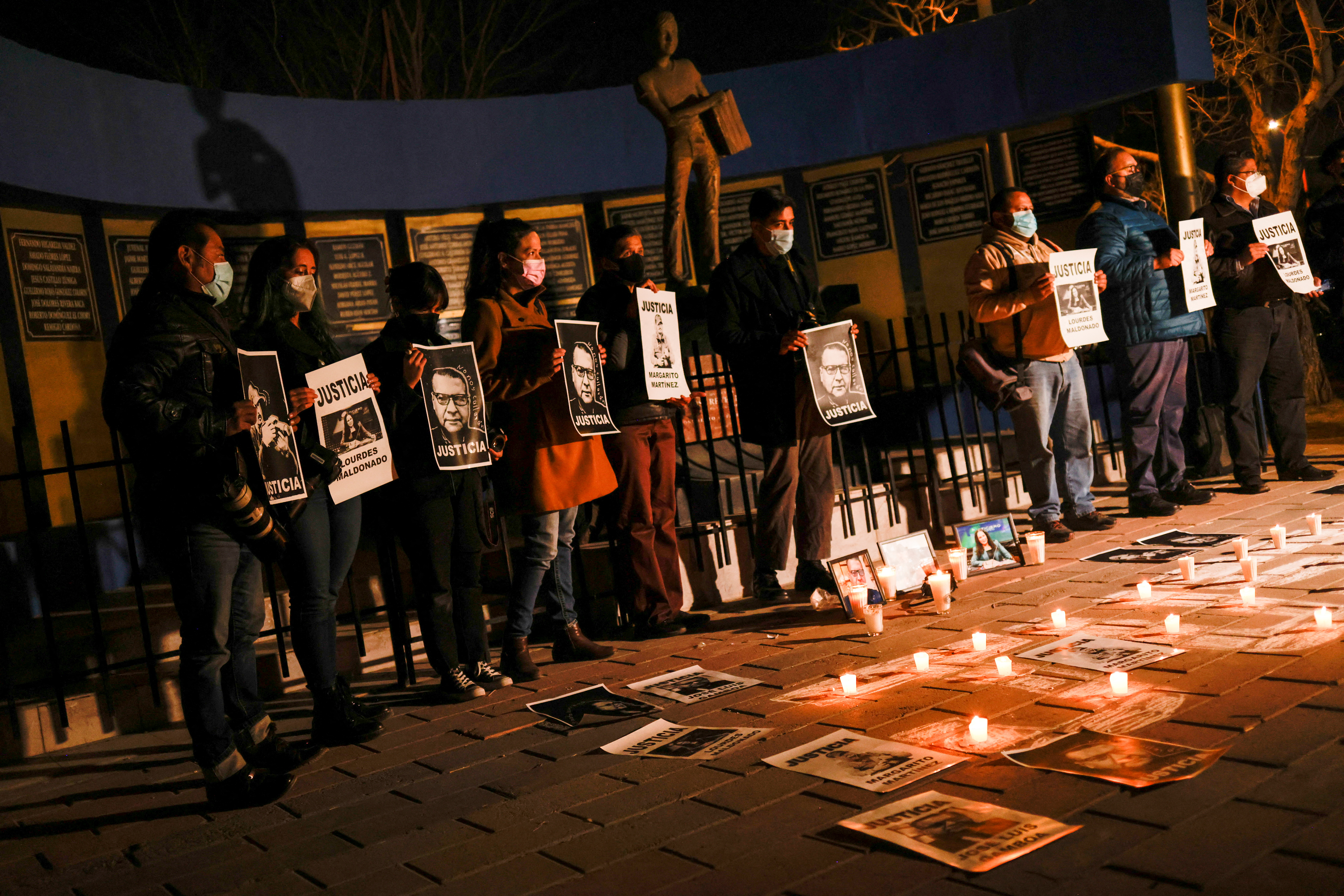 Mexican journalists gather around pictures of colleagues who have been murdered as they protest the recent killings of photojournalist Margarito Martinez and journalist Lourdes Maldonado, in Veracruz, Mexico January 25, 2022. REUTERS/Yahir Ceballos

Mexican journalist networks voted to stage the gatherings, which will coincide with online protest campaigns.

“It is matter of urgency that state and federal authorities prevent attacks, protect journalists when they are victims, and investigate crimes committed against the press with due diligence,” Article 19 said in a statement.

Maldonado’s murder in the northern border city of Tijuana, where she worked for many years, followed the killings of two other Mexican journalists this month.

Lopez Obrador, who has been criticized for not doing more to protect reporters, said his government would investigate and “clear up this crime to prevent further murders of journalists”.

Critics say Lopez Obrador has failed to deliver on pledges to reduce violence, combat deeply entrenched organized crime, or reduce impunity. The president says crime and violence are the products of chronic corruption and inequality.