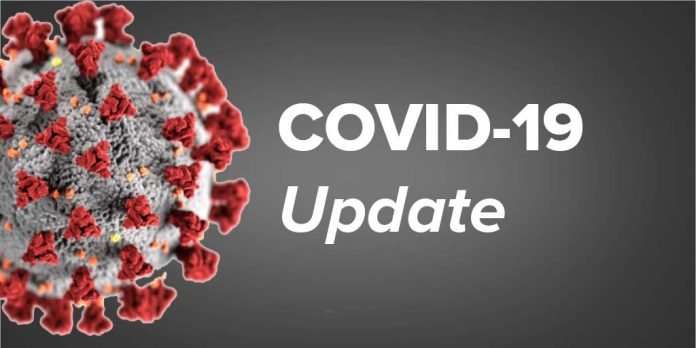 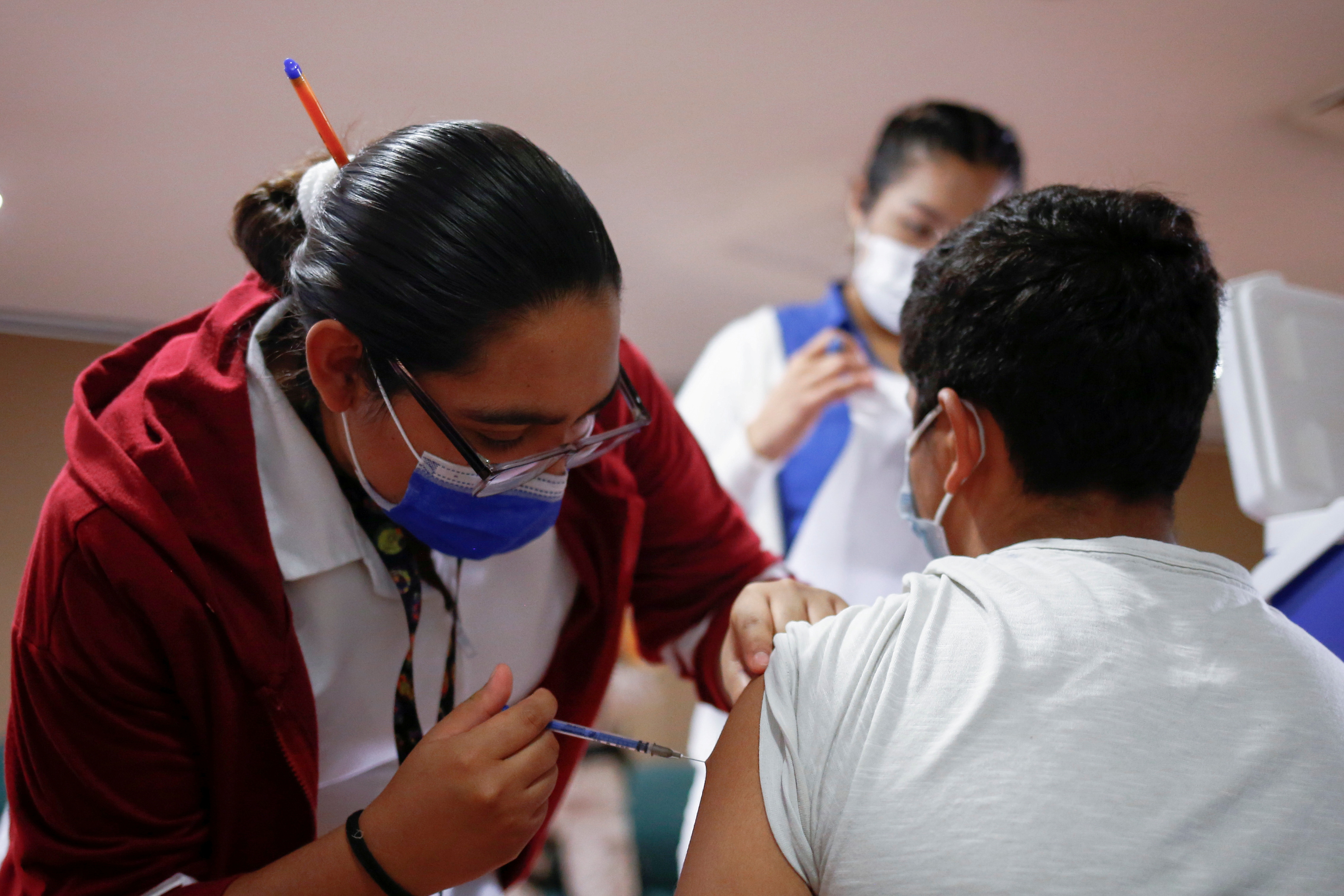 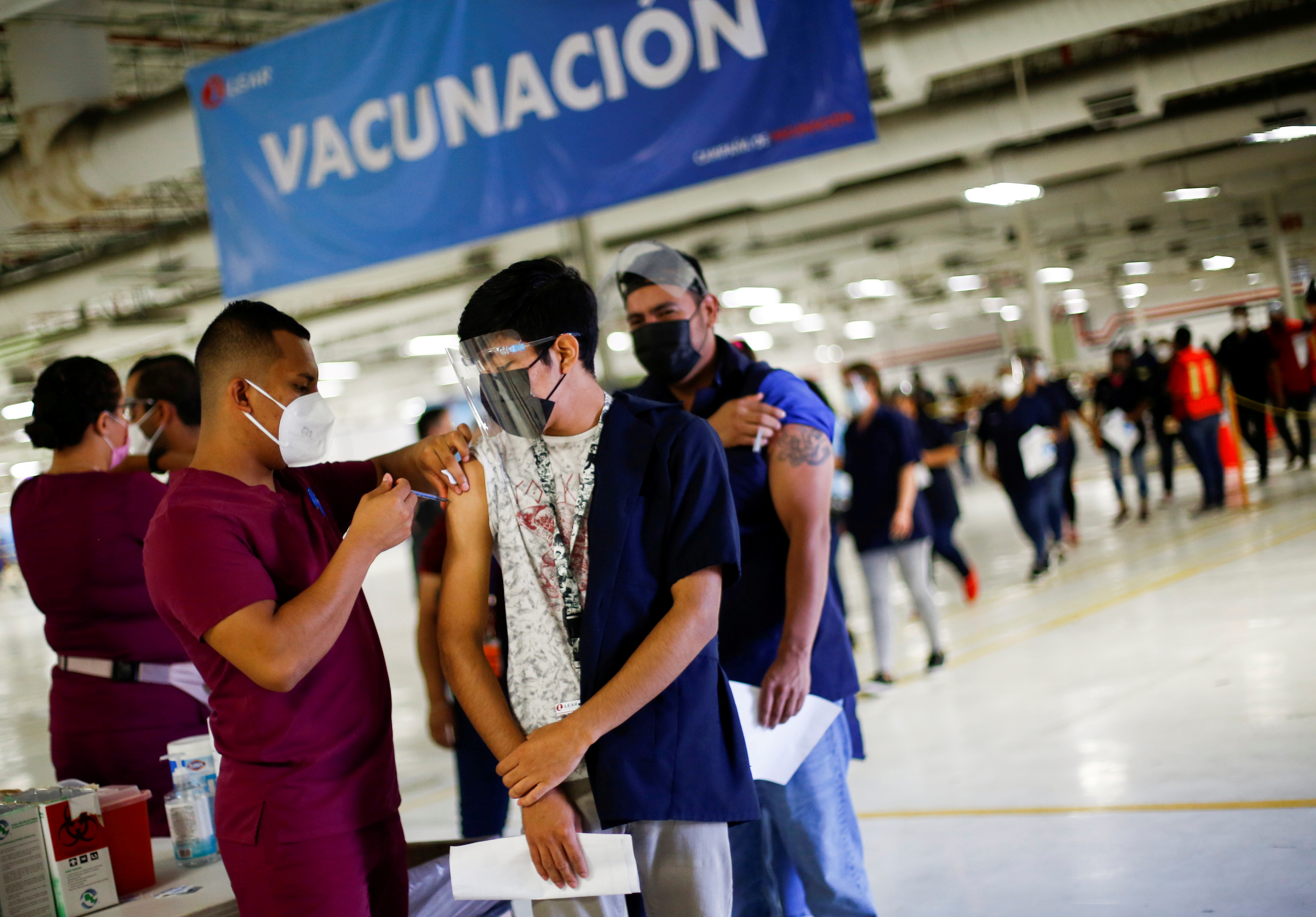 Less than two months ago, Lopez Obrador had rejected suggestions that Mexico should administer a third vaccine shot, saying experts deemed it to be unnecessary.

But his government has gradually opened the door to giving more people shots, including teenagers.

“The booster vaccine will be analyzed in some cases, especially for older adults, but that still has to be decided by the doctors, the specialists,” he told a news conference.

Several countries, including the United States, are already administering booster shots given data showing that protection from the original inoculations wanes over time, and with rising breakthrough infections among the fully vaccinated driven by the easily transmitted Delta variant of the virus.

Nearly 76 million of Mexico’s 126 million inhabitants have had at least one vaccine dose, according to government data.

The Pan American Health Organization earlier this month recommended booster shots for people who received vaccines by China’s Sinovac Biotech (SVA.O) and Sinopharm (1099.HK), which have been used in Mexico.


The Biden administration on Tuesday asked a federal court to reinstate a workplace vaccine mandate that was put on hold earlier in November, as officials seek to boost vaccination numbers heading into the winter months.

In court papers filed overnight, the administration urged a Cincinnati-based federal appeals court to lift a court order blocking the public health rule, which requires larger businesses to have employees receive the COVID-19 vaccine or undergo regular testing and mask-wearing.

“Delaying this standard would endanger many thousands of people and would likely cost many lives per day,” government lawyers argued. “With the reopening of workplaces and the emergence of the highly transmissible Delta variant, the threat to workers is ongoing and overwhelming.”

The move comes amid an uptick of COVID-19 cases nationwide as the U.S. heads into its second holiday season during the pandemic, with many families that may have skipped gatherings last year now planning to gather this Thanksgiving.

The Tuesday filing is the most significant legal move the administration has made since the vaccine mandate case was moved earlier this month to the U.S. Court of Appeals for the 6th Circuit, where numerous legal challenges have been combined into a single lawsuit.

President Biden announced in September that the administration was rolling out a new rule that would require all private employers with 100 or more employees to mandate vaccines or weekly testing for all personnel, a guideline that has the potential to impact nearly 80 million workers.

The extensive Tuesday court submission filed by OSHA, which came in a lengthy 55-page brief, underscored just how important this round of litigation is to the mandate’s long-term prospects, legal experts said.

“Because the emergency standard can only be in effect for six months, its fate rests mostly on the outcome of this stay motion,” said Sean M. Marotta, a partner at the law firm Hogan Lovells.

Although the workplace mandate for the private sector has been ensnared in court fights almost since its inception, a similar mandate for the federal workforce has been seen as largely successful. More than 90 percent of federal workers had received at least one shot of a COVID-19 vaccine as of the Monday deadline, according to White House figures.

In an earlier stage of litigation over the private-sector mandate, the New Orleans-based U.S. Circuit Court of Appeals for the 5th Circuit temporarily blocked, or stayed, the rule in an order that is now the subject of the government’s latest filing.

The 5th Circuit ruling called the mandate “fatally flawed” and ordered that OSHA not enforce the requirement “pending adequate judicial review” of a motion for a permanent injunction.

The case has since been moved to the 6th Circuit after a Washington, D.C., judicial panel selected the Cincinnati-based court from the nation’s 12 regional federal appeals courts and merged the litigation into one lawsuit.

OSHA said in a statement last week that while it is confident in its power to protect workers amid the pandemic, it is suspending activities related to the mandate, citing the pending legal challenge.

Biden administration officials have argued that the mandate is necessary to boost vaccination rates. To date, the pandemic has killed more than 770,000 people in the U.S.

Chief medical officers who oversee community hospitals in Michigan urged the public to do its part to stop the surge of coronavirus infections amid near-record hospitalizations and staff shortages in the state.

In a statement posted to the Michigan Health and Hospital Association’s website Monday, chief medical representatives stated that medical facilities have been inundated with COVID-19 patients.

As of Nov. 21, the release stated, Michigan has seen 3,785 people hospitalized for COVID-19, including 784 in community hospitals’ intensive care units. The majority of those hospitalized are unvaccinated, the medical officers said.

Between the COVID-19 infections and other, non-coronavirus related ailments, officials warn, hospitals are at capacity.

“We cannot wait any longer for Michigan to correct course; we need your help now to end this surge and ensure our hospitals can care for everyone who needs it.”

A congressional subcommittee investigating financial fraud during the pandemic widened the scope of its investigation on Tuesday to include two of the leading processors of COVID-19-related financial assistance.

Rep. James Clyburn (D-S.C.), who chairs the Select Subcommittee on the Coronavirus Crisis, expanded the committee’s investigation into fraud in the Paycheck Protection Program (PPP) to include Blue Acorn PPP, LLC and Womply, Inc., two online startups that processed a third of all PPP loans this year.

“I am deeply troubled by reports alleging that financial technology (FinTech) lenders and their bank partners failed to adequately screen PPP loan applications for fraud,” Clyburn said in a letter to each company. “This failure may have led to millions of dollars worth of FinTech-facilitated PPP loans being made to fraudulent, non-existent, or otherwise ineligible businesses.”

Backstory: The Small Business Administration allowed non-bank and non-insured depository institution lenders, including FinTechs, to provide loans to eligible recipients. But, some FinTechs and their bank and non-bank partners may have insufficiently screened applicants for indicators of financial crime and fraud. At the same time, those same companies, including Blue Acorn and Womply, were each paid over a billion dollars in taxpayer funds to process these potentially fraudulent loans.

Clyburn’s expansion of the probe followed information from the University of Texas at Austin’s McCombs School of Business that indicated possible widespread fraud from the companies.

Researchers at the school found fintechs are almost five times more likely than traditional banks to have made “highly suspicious” loans through the PPP.