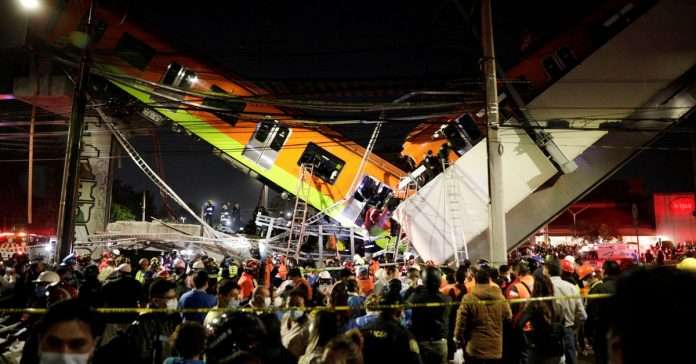 At least 23 people were killed, including children, and 49 were hospitalised when a railway overpass collapsed onto a busy road in Mexico City on Monday night. Twitter video follows:

Rescue efforts for potential survivors were paused shortly after the accident, authorities said, because of the risk that more of the Metro overpass and train cars could slam down onto the road.

A video on local channel Milenio TV showed the structure plummeting onto a stream of cars near Olivos station in the southeast of the city at around 10.30 p.m. local time, sending up clouds of dust and rubble.

However, Mexico City Mayor Claudia Sheinbaum said the rescue had been suspended “because the train is very weak”.

A crane transported to the site was working to stabilise the train carriages so rescuers could resume their search to see “if there are more people inside the train car,” she said. 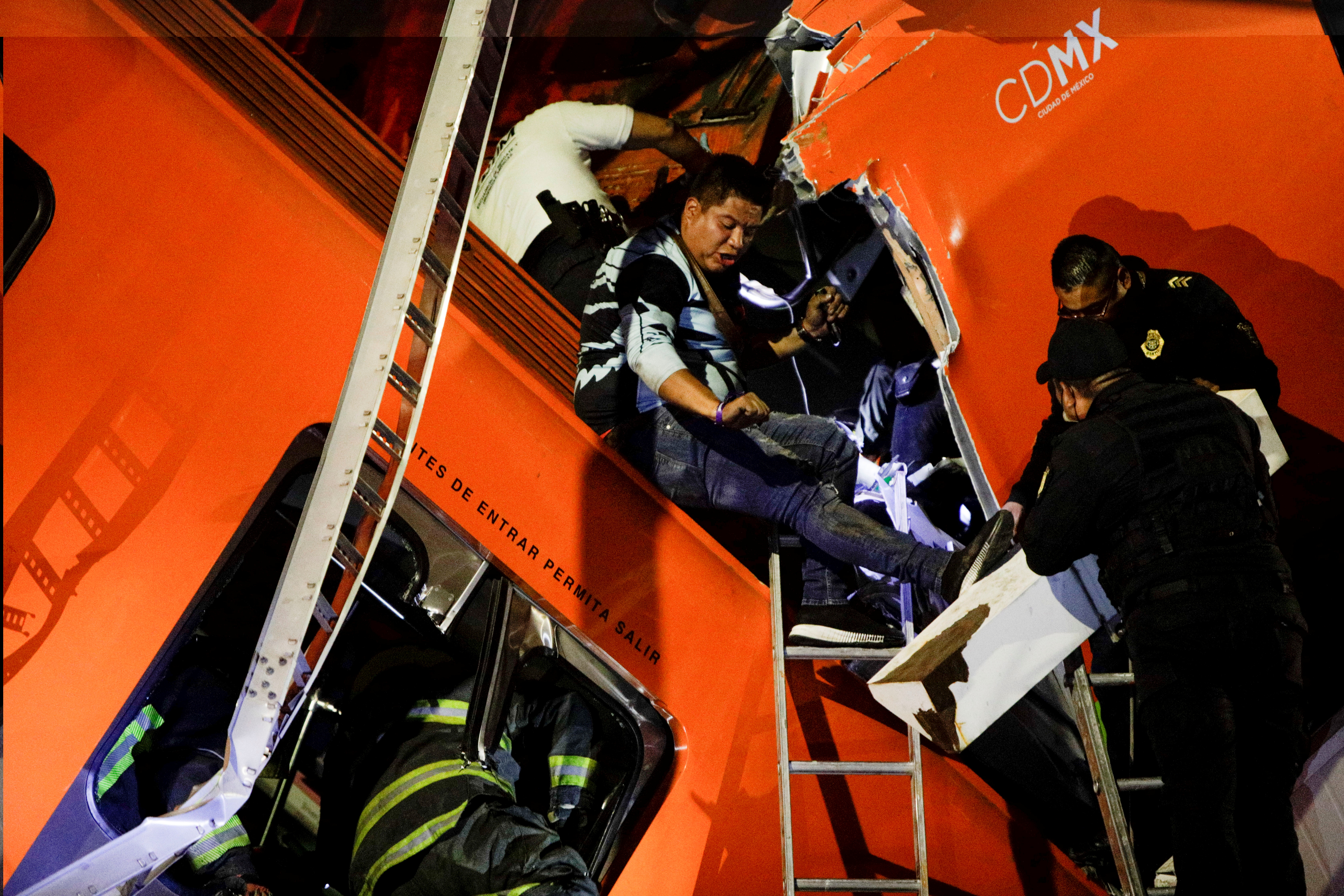 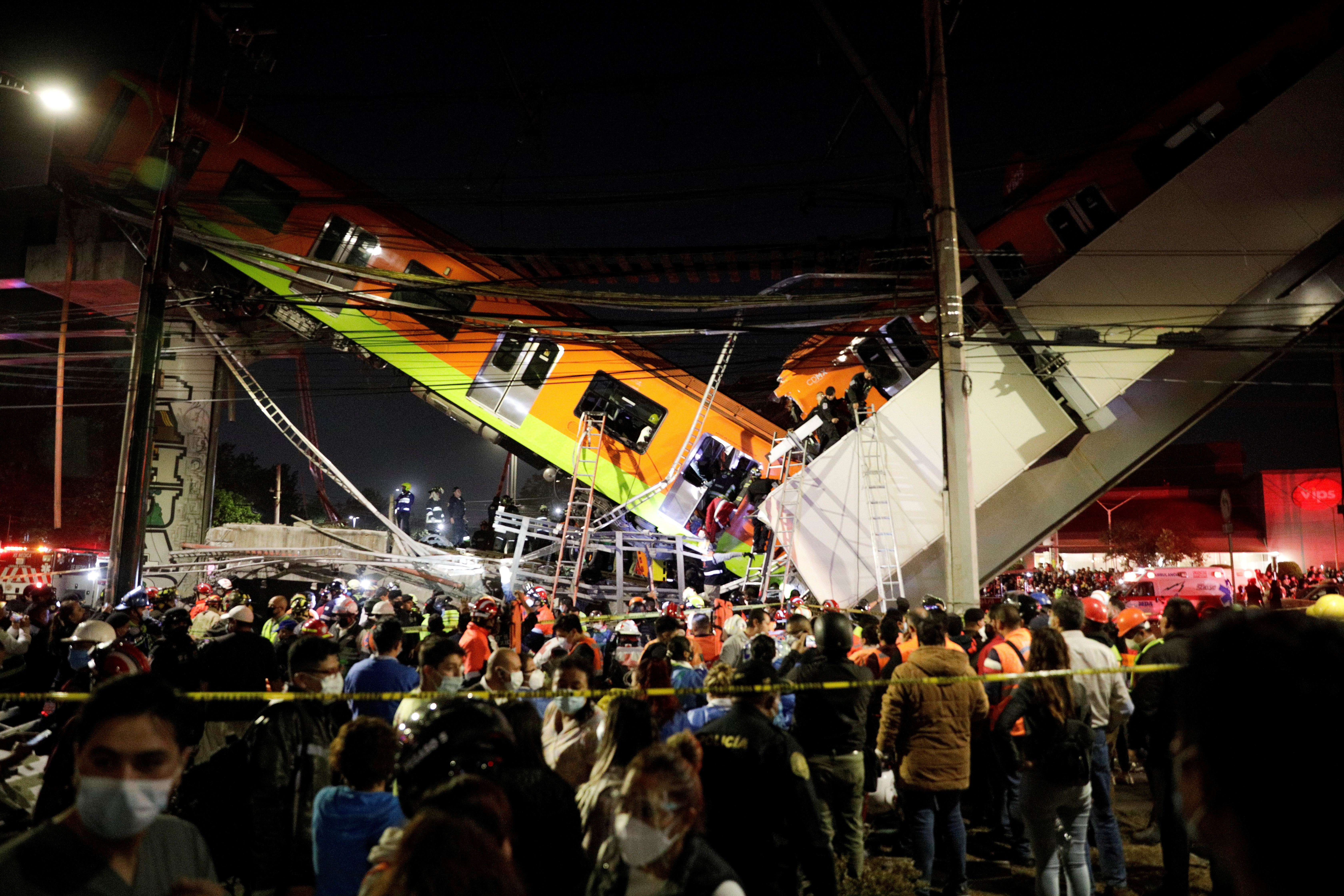 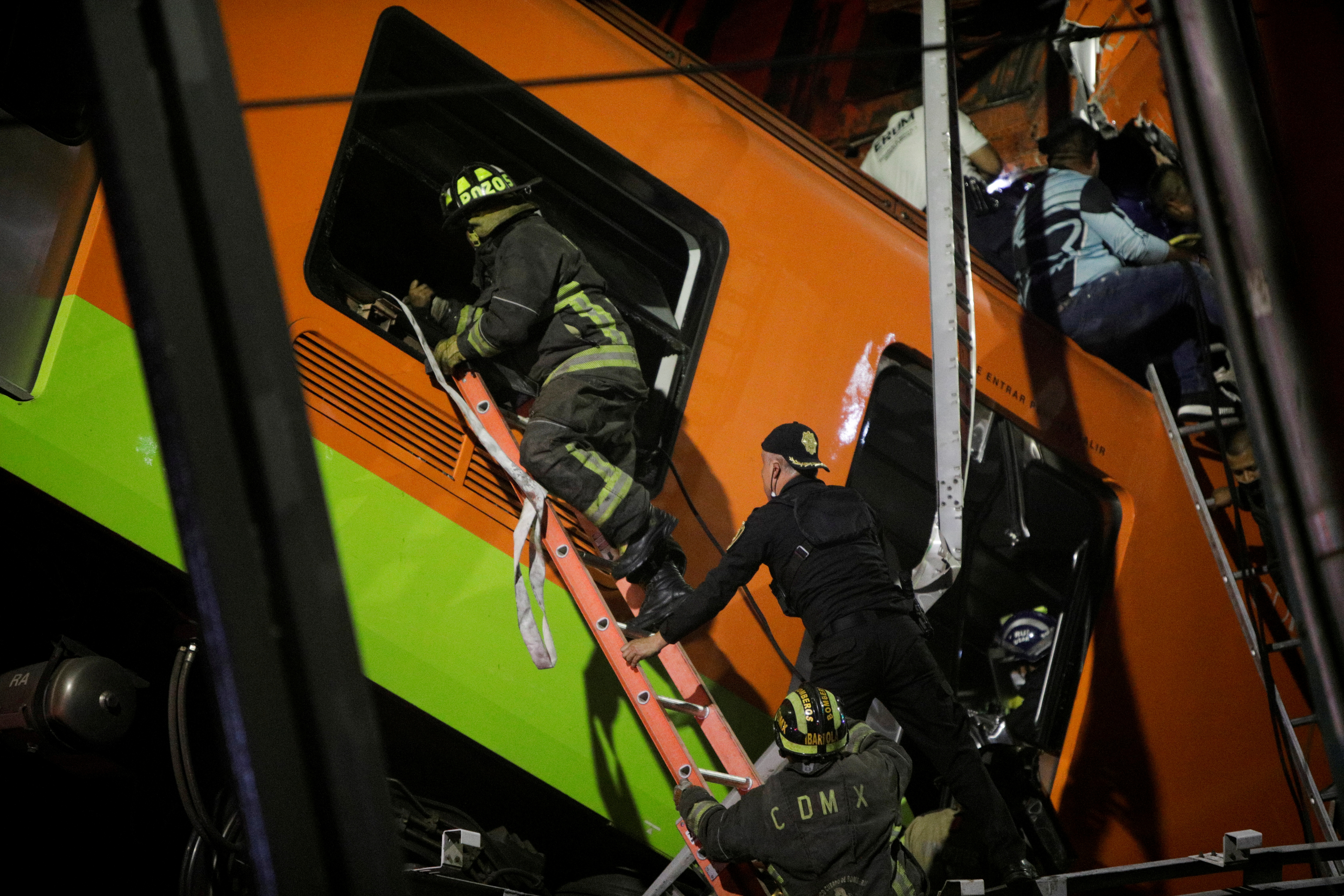 Rescuers work at a site where an overpass for a metro partially collapsed with train cars on it at Olivos station in Mexico City, Mexico May 3, 2021. REUTERS/Luis Cortes

Sheinbaum said a person trapped in their car underneath the rubble had been rescued alive and was taken to hospital. Seven of the people transported to hospital were in a “grave condition” and undergoing surgery, she said.

Sheinbaum said authorities were working to identify the people who were killed. She earlier said a total of around 70 people had been injured.

Sheinbaum said seven of the people . She earlier said

Wearing a hard hat and face mask to speak to reporters at the accident site, Sheinbaum said it appeared a girder had given way on the overpass but the cause was being investigated.

The Metro 12 line that runs over the collapsed overpass was built almost a decade ago when Foreign Minister Marcelo Ebrard was mayor of Mexico City.

“What happened today with the Metro is a terrible tragedy. My solidarity is with the victims and their families,” Ebrard said on Twitter. “Of course, the causes must be investigated and responsibilities defined.”

Ebrard and Sheinbaum are seen by many political observers as the most likely successors to President Andres Manuel Lopez Obrador once his six-year term is over in 2024.