A man was killed and buildings were damaged in the resort city of Acapulco, and the quake was also felt in Mexico City

A powerful earthquake has struck south-west Mexico near the beach resort of Acapulco, killing at least one man who was crushed by a falling post, and causing rock falls and damaging buildings.

The US Geological Survey (USGS) said a 7.0 magnitude quake struck 11 miles (18km) north-east of the resort of Acapulco, Guerrero, in the early hours of Wednesday sending people running into the street for safety.

The quake shook the hillsides around the resort, downing trees and pitching large boulders on to the road.

“We heard loud noise from the building, noise from the windows, things fell inside the house, the power went out,” Sergio Flores, an Acapulco resident told Associated Press by phone.

“We heard leaking water, the water went out of the pool and you heard people screaming, very nervous people.”

The USGS said the quake in the early hours of Wednesday was very shallow at only 7.8 miles (12.5km) below the surface.

The US tsunami warning centre issued an alert following the quake, saying hazardous waves were possible within 185 miles (300km) of the quake site. The agency later updated their advice to say the threat had passed.

President Andrés Manuel López Obrador said the temblor had not caused major damages in Guerrero, the neighbouring region of Oaxaca, Mexico City or other areas.

The country’s civil defence agency said it was conducting reviews for the safety of residents and damage in 10 states.

In Mexico City, 230 miles (375km) away, the quake caused the ground to shake for nearly a minute in some parts of the capital.In the Roma Sur neighbourhood of Mexico City, lights went off and scared residents rushed out, some wearing little more than pyjamas, a Reuters witness said. Residents huddled together in the rain, holding young children or pets, too worried to return to their homes in the dark.

“It was terrible. It really reminds me of the 1985 quake every time something like this happens,” said Yesmin Rizk, a 70-year-old Roma Sur resident.

With Reuters and Associated Press

Seventeen people, most with COVID-19, die in flooding of Mexican hospital 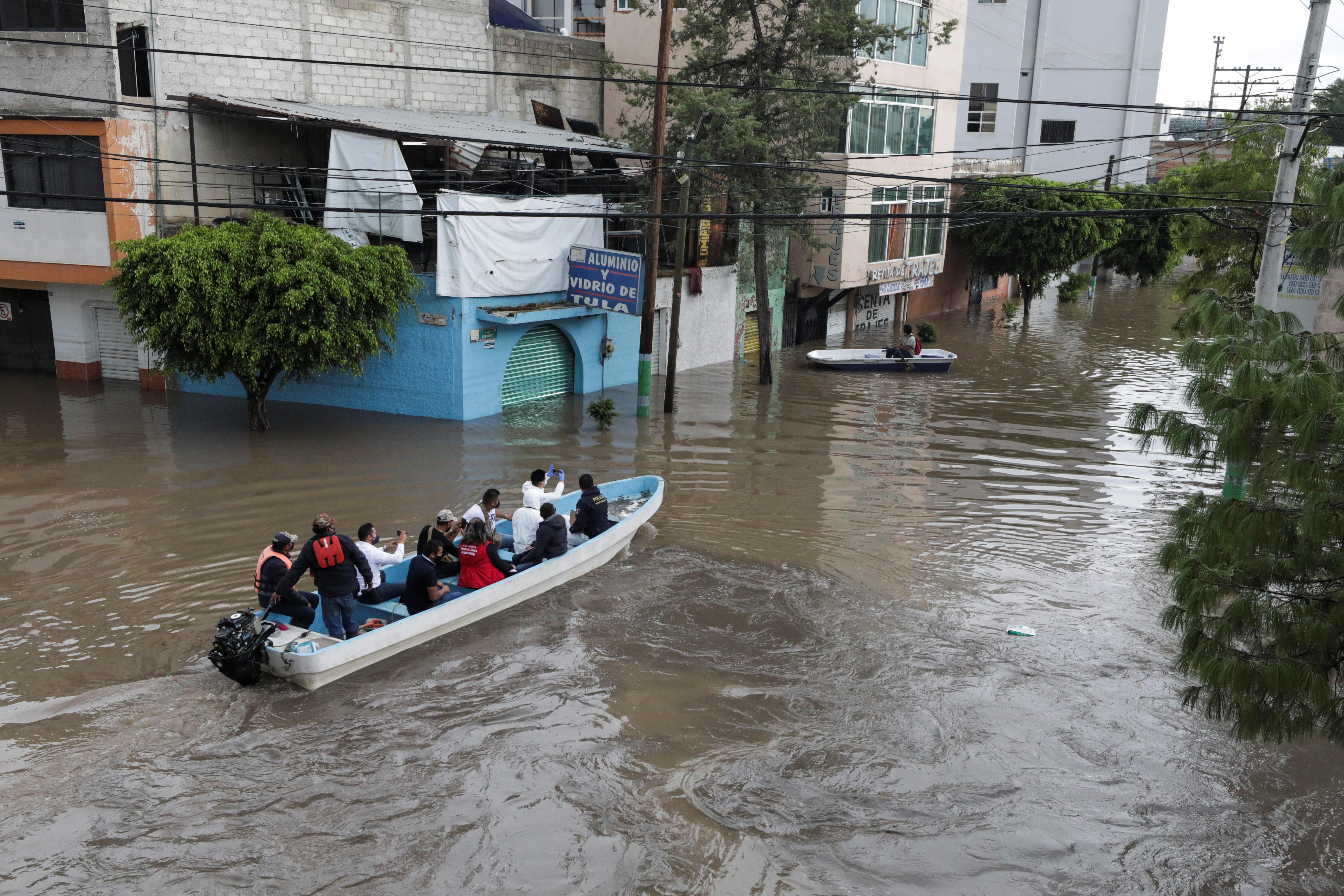 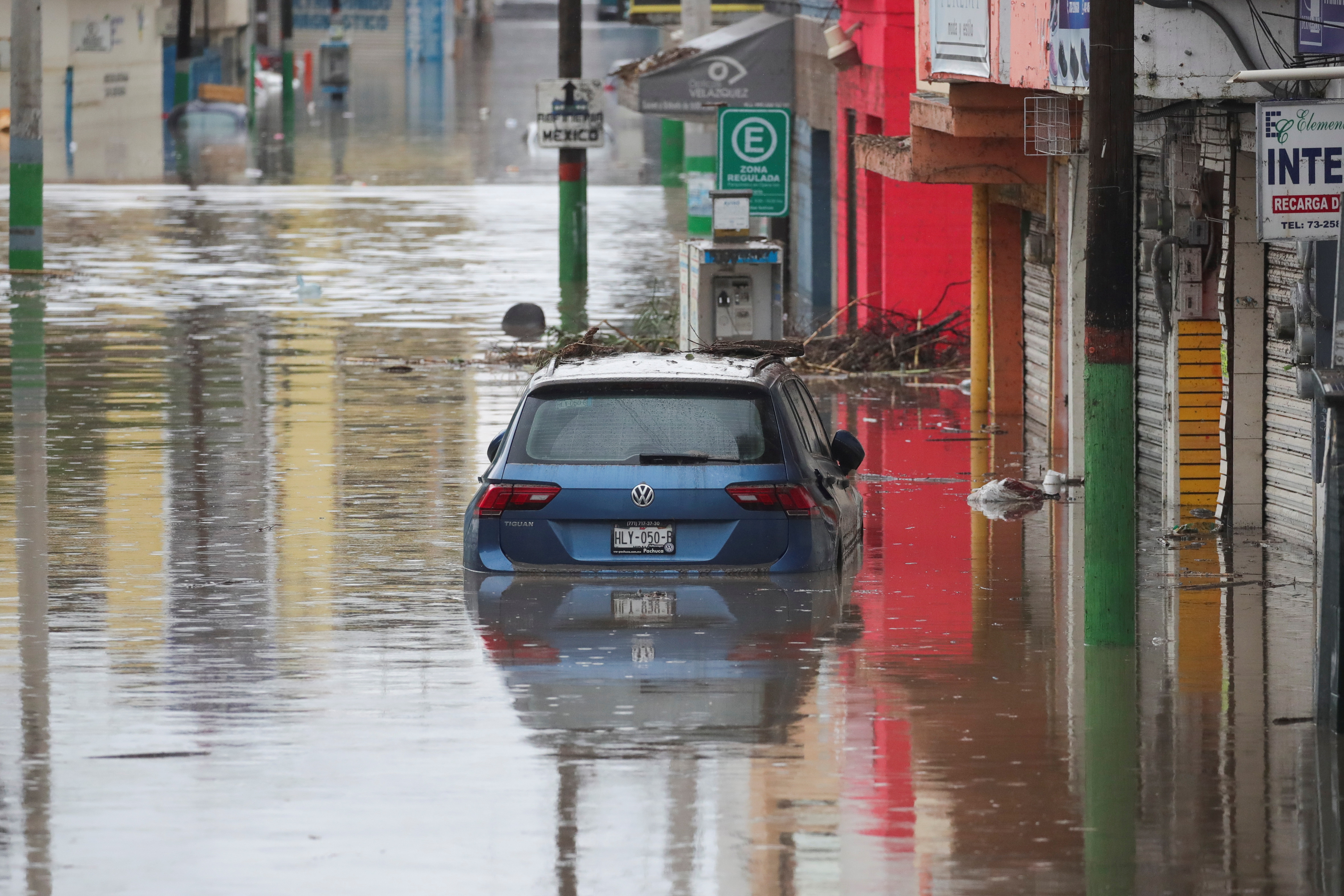 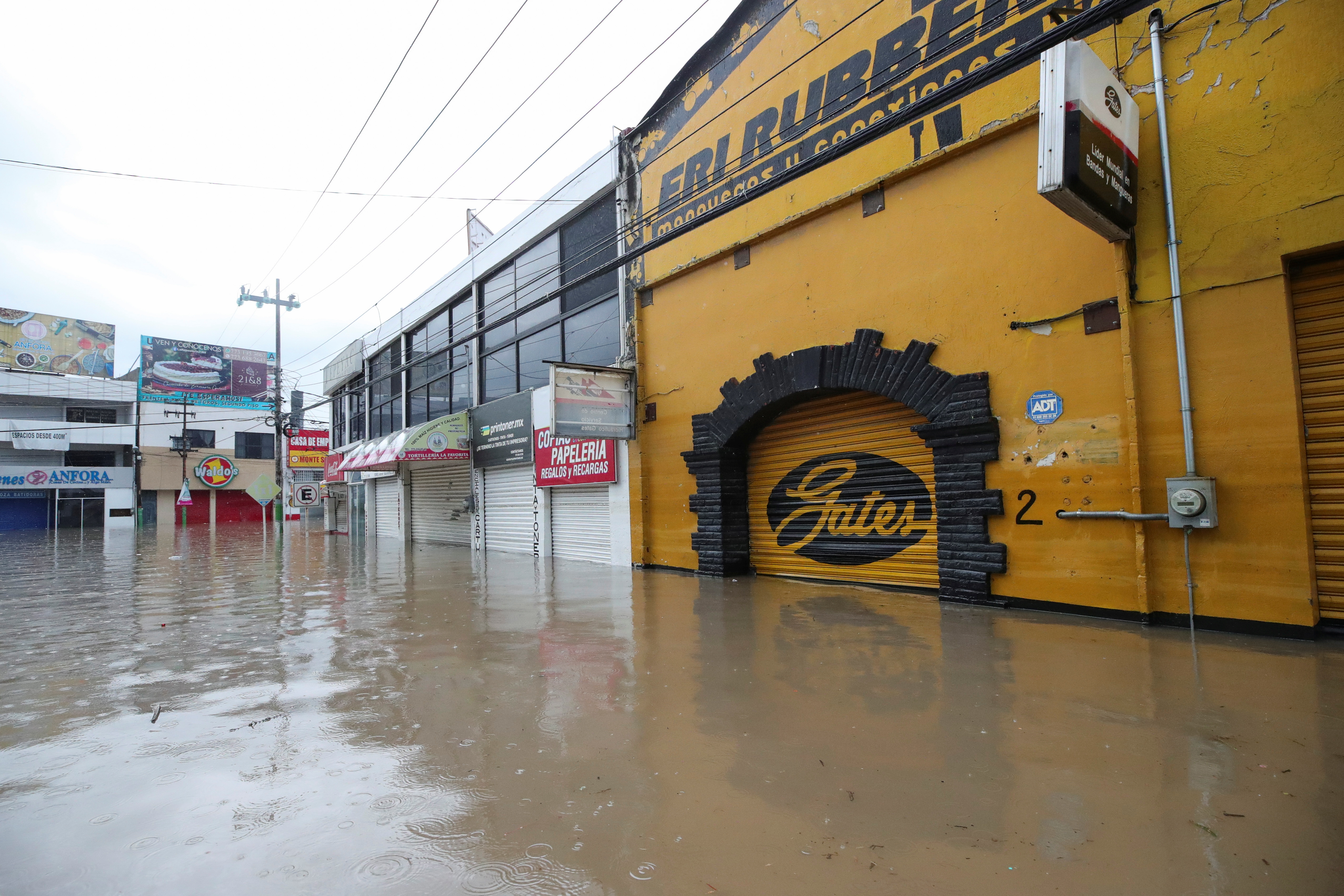 A partially submerged car is seen on a flooded street after heavy rainfall during Monday’s night that left people dead, injured and damaged cars and infrastructure, in Tula de Allende, on the outskirts of Mexico City, Mexico September 7, 2021. REUTERS/Henry Romero

MEXICO CITY, Sept 7 (Reuters) – Severe flooding led to the deaths of 17 people, most of whom had COVID-19, at a hospital in the central Mexican state of Hidalgo after torrential rains caused the River Tula to burst its banks, authorities said on Tuesday.

More than 40 other patients in the public hospital in the town of Tula were evacuated by emergency service workers, and an initial assessment showed about 2,000 houses had flood damage, the Mexican government said in a statement.

Hidalgo Governor Omar Fayad told local media that 15 or 16 out of the 17 fatalities were COVID-19 patients. The media said the deaths occurred when flooding caused by days of rain knocked out electricity at the hospital.

In pictures shared by Fayad on social media, desperate nurses were pushing beds out of the hospital to try to bring patients to safety. Some nurses were up to their knees in water.

Video footage also showed how patients, some of them intubated, were moved out into speedboats.

President Andres Manuel Lopez Obrador on Twitter urged residents at risk to seek out shelters, areas of higher ground or to go to friends or relatives. “A lot of rain has fallen in the Valley of Mexico and it will keep raining,” he said.