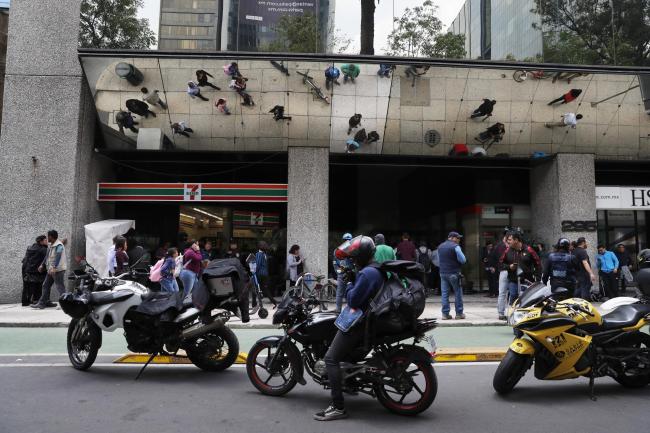 Two men threatened guards at a branch of the Casa de Moneda in Mexico City before grabbing more than 1,500 coins from a vault, police said.

They fled on motorcycles before police arrived. No-one was injured.

The gold coins, known as “centenarios”, were first minted in 1921 to mark the centenary of Mexico’s independence from Spain.

According to Mexican media, the same Casa de Moneda branch was broken into last year during renovations.

In the latest robbery, the two men – one carrying a firearm – burst into the branch on Tuesday morning. Police said they had overpowered a guard, seizing his gun, before one of the robbers headed straight to the vault – which was open.

Investigators suspect some employees of the mint could have been involved in the raid, La Vanguardia reported.

The coins, which are highly sought after, bear Mexico’s coat of arms on one side and on the other a design featuring Mexico City’s Angel of Independence monument backed by volcanoes.

Their production was suspended in 1931 but because of demand more have been minted since 1943.