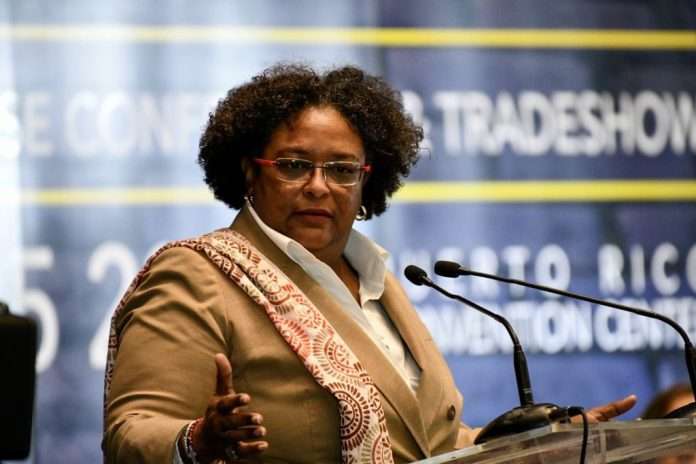 Barbados Prime Minister Mia Mottley has been named one of the 25 most influential women of 2022 by the Financial Times.

The newspaper describes Mottley as one of the most formidable leaders of her generation.

A lawyer who trained at the London School of Economics, Mottley won her first political seat at the age of 28.

At COP26, she made clear that the failure of industrialized states to meaningfully invest to halt climate change was catastrophic for the planet.

Her speech was as inspiring as it was humbling, and citizens globally were gripped, said the times.

“Her ability to speak truth to power is also apparent at home, where she oversaw the birth of Barbados as a republic, leaving its colonial past behind. Mottley expects this term as premier to be her last; whatever she does next, the world is lucky to have her.”

Mottley is the eighth person to hold the office of Prime Minister in Barbados and the first woman to hold either position. She is also Barbados’ first prime minister under its republican system, following constitutional changes she introduced which abolished the country’s constitutional monarchy.

Mottley has been the Member of Parliament for the constituency of Saint Michael North East since 1994. From 1994 to 2008, she held a succession of ministerial portfolios including the post of Attorney-General of Barbados becoming the first woman to be appointed as such. She is also a member of the Inter-American Dialogue.

Following her party’s landslide victory in the 2022 election, Mottley was sworn in as prime minister for a second term on 20 January.

Mia Mottley was featured on the cover of Time magazine, the first Barbadian to do so, for their 2022 edition of “100 Most Influential People” for her outspoken advocacy for addressing climate change