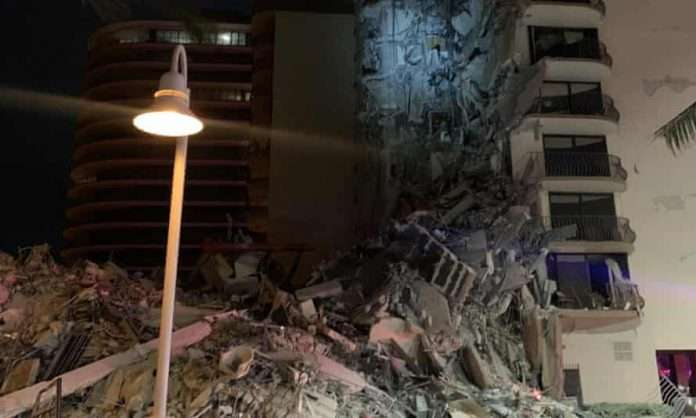 BBC- A huge rescue operation is under way in Miami-Dade County, Florida, after a 12-storey residential building partially collapsed, killing at least one person.

Rescuers are combing through the rubble, searching for survivors, and were seen pulling a boy out alive.

Images from Surfside, north of Miami Beach, show a pile of debris on one side of the building.

One person died, at least eight people were injured and there are fears that others are trapped, US media report.

Miami-Dade Fire Rescue said they had sent 80 vehicles to the scene. Police are also assisting with the rescue operation.

The death of a woman was reported by an Associated Press reporter, quoting their own sources. Florida news site Local 10 also reported a death, quoting fire rescue officials.

Police gave the building’s location as 8777 Collins Avenue, the address of the 12-storey Champlain Towers, which contains more than 100 beachfront apartments and was built in 1981.

Santo Mejil, 50, was woken when his wife called from a unit on the ninth floor of one of the three buildings that make up Champlain Towers. She is an overnight caretaker for an elderly disabled woman.

“She said she heard a big explosion,” Mr Mejil told the Miami Herald. “It felt like an earthquake.” His wife was among those rescued.

A man who lives in a neighbouring building described what happened for CBS: “The building shook and then I looked out the window and you couldn’t see, I thought it was like a storm or something coming in.

“When the dust cleared, the back two-thirds of the building was gone, it was down to the ground.” 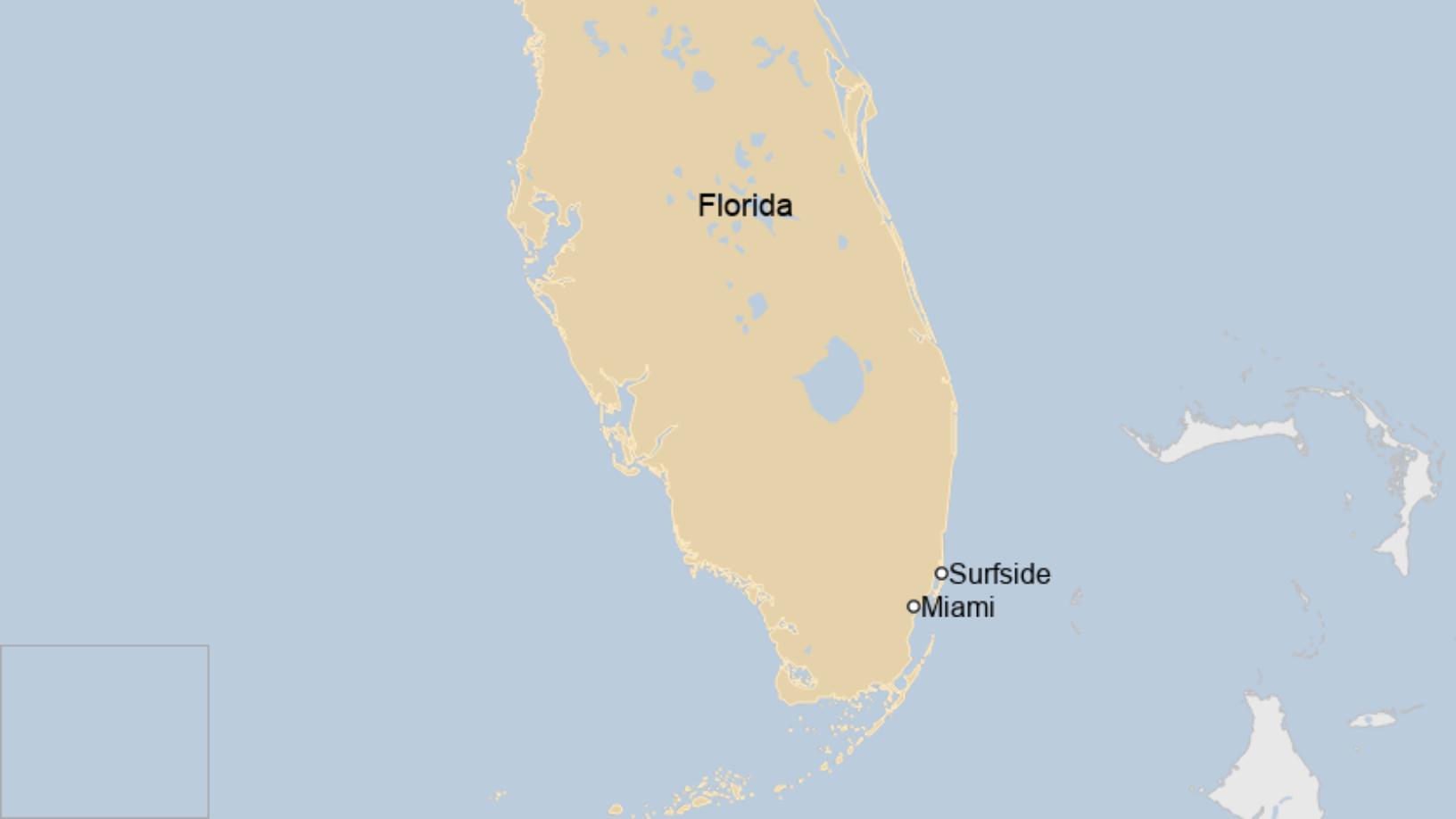