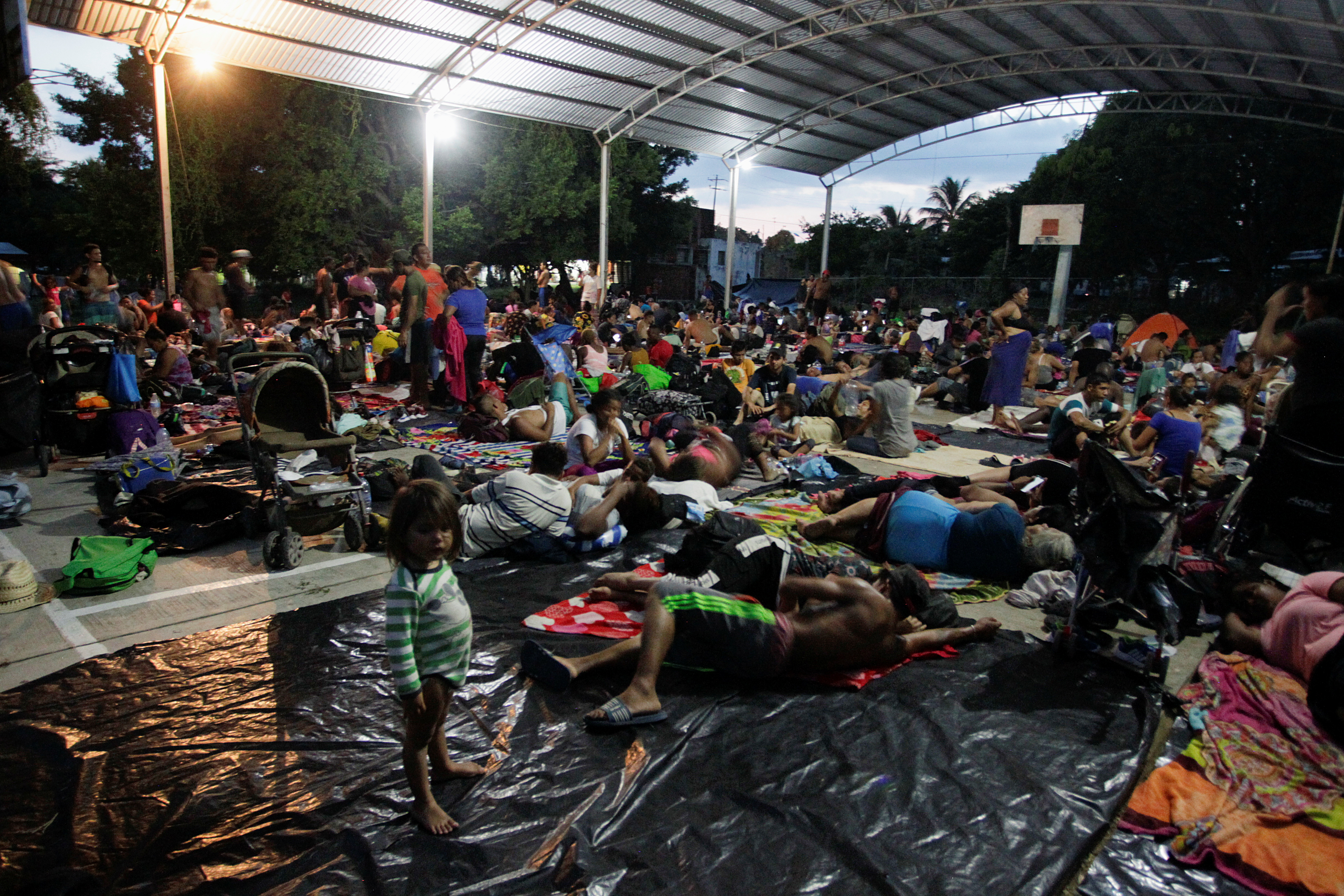 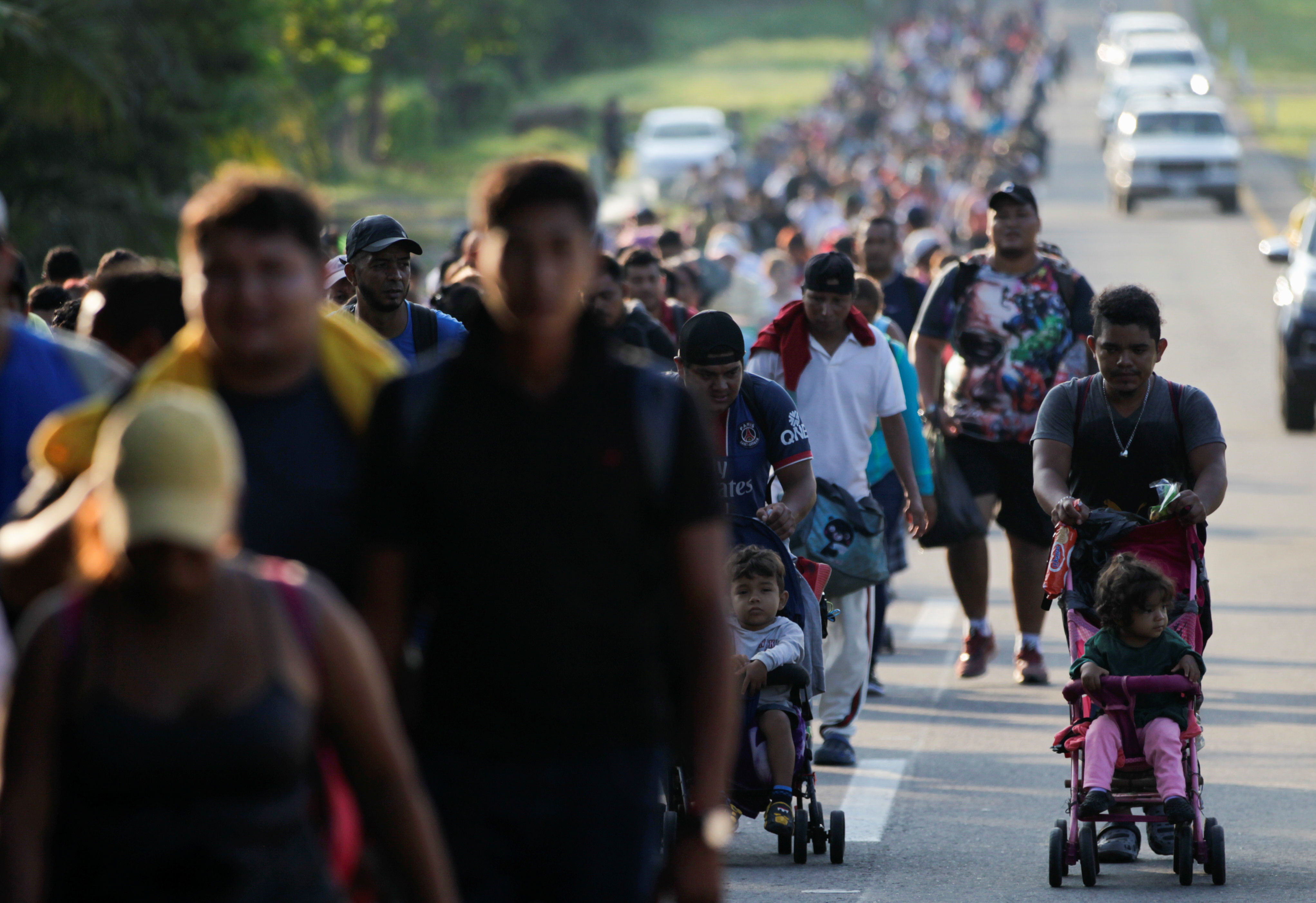 MAPASTEPEC, Mexico, Nov 1 (Reuters) – A caravan of thousands of migrants and asylum seekers from Central America and the Caribbean resumed its trek through southern Mexico on Monday, despite concerns that half of them could be injured or sick, including some from dengue fever.

Over the past week, the approximately 3,000 migrants, mostly women and children, have trekked over 100 km (60 miles) from the city of Tapachula on the Guatemalan border, struggling through sweltering heat and evening rains.

Kabir Sanchez, a volunteer doctor helping to look after injured caravan members, said he and his colleagues treated dozens of people on Saturday with foot injuries, respiratory problems, infections and pregnant women at risk of miscarrying.

“More than 50% of the people in the caravan are sick,” he told Reuters by telephone.

He said other caravan members had possible cases of coronavirus, but that the government had not provided COVID-19 tests.

The government’s National Migration Institute (INM) did not immediately reply to a request for comment on COVID-19 testing.

The INM did say in a statement that six people in the caravan, including five children, had contracted dengue.

On Sunday night, the caravan members slept outside in the rain having paused their trek during the day due to the health concerns.

Most of the migrants are fleeing poverty, violence and the impact of adverse environmental conditions linked to climate change in their homelands. Many hope to make it to the U.S. border.

Leaders of the caravan last week rejected the Mexican government’s offer of visas that are meant to grant migrants access to healthcare and regular work, arguing it had failed to keep promises to help them in the past. read more