MARTHA’S VINEYARD, Mass., Sept 15 (Reuters) – Some migrants who were flown to the wealthy island of Martha’s Vineyard, Massachusetts, said on Thursday they were duped about their destination, and Democratic leaders called for a probe of the move by Florida’s Republican governor to send them there from Texas.

Florida Governor Ron DeSantis, who is up for re-election in November and seen as a possible presidential contender in 2024, took credit for the two flights, which originated in San Antonio, Texas, and stopped in Florida on the way to Martha’s Vineyard.

The White House and residents of the vacation enclave called it a “political stunt,” as DeSantis joins Republican governors from Texas and Arizona in sending migrants north. The governors have sought to highlight the two parties’ differences on immigration policy and shift the burden of caring for immigrants to Democratic areas.

For months Texas and Arizona have sent busloads of migrants to the Democratic-run cities of New York, Chicago and Washington.

Florida now joins the campaign. Details of how the flights were arranged and paid for remain unclear, as well as an explanation as to why Florida was moving migrants in Texas. The Florida legislature has appropriated $12 million to transport migrants from the state to other locations.

One Venezuelan migrant who arrived at Martha’s Vineyard identified himself as Luis, 27, and said he and nine relatives were promised a flight to Massachusetts, along with shelter, support for 90 days, help with work permits and English lessons. He said they were surprised when their flight landed on an island.

He said the promises came from a woman who gave her name as “Perla” who approached his family on the street outside a San Antonio shelter after they crossed from Mexico and U.S. border authorities released them with an immigration court date.

He said the woman, who also put them up in a hotel, did not provide a last name or any affiliation, but asked them to sign a liability waiver.

“We are scared,” he said, adding he and others felt they were lied to. “I hope they give us help.”

Martha’s Vineyard is best known as a summer retreat populated mostly by affluent liberal Americans, including former President Barack Obama, a Democrat who owns a multimillion-dollar vacation home there. 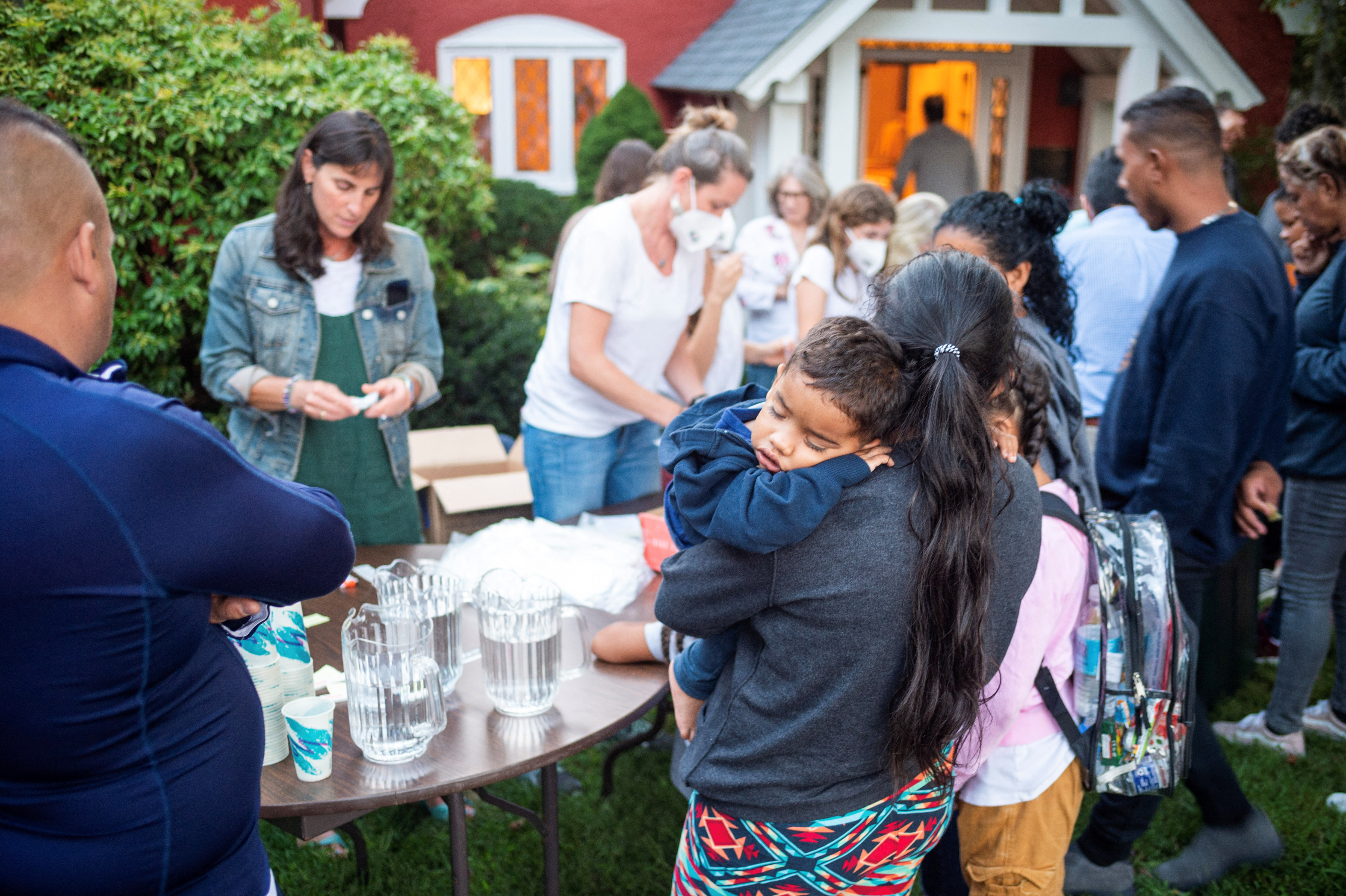 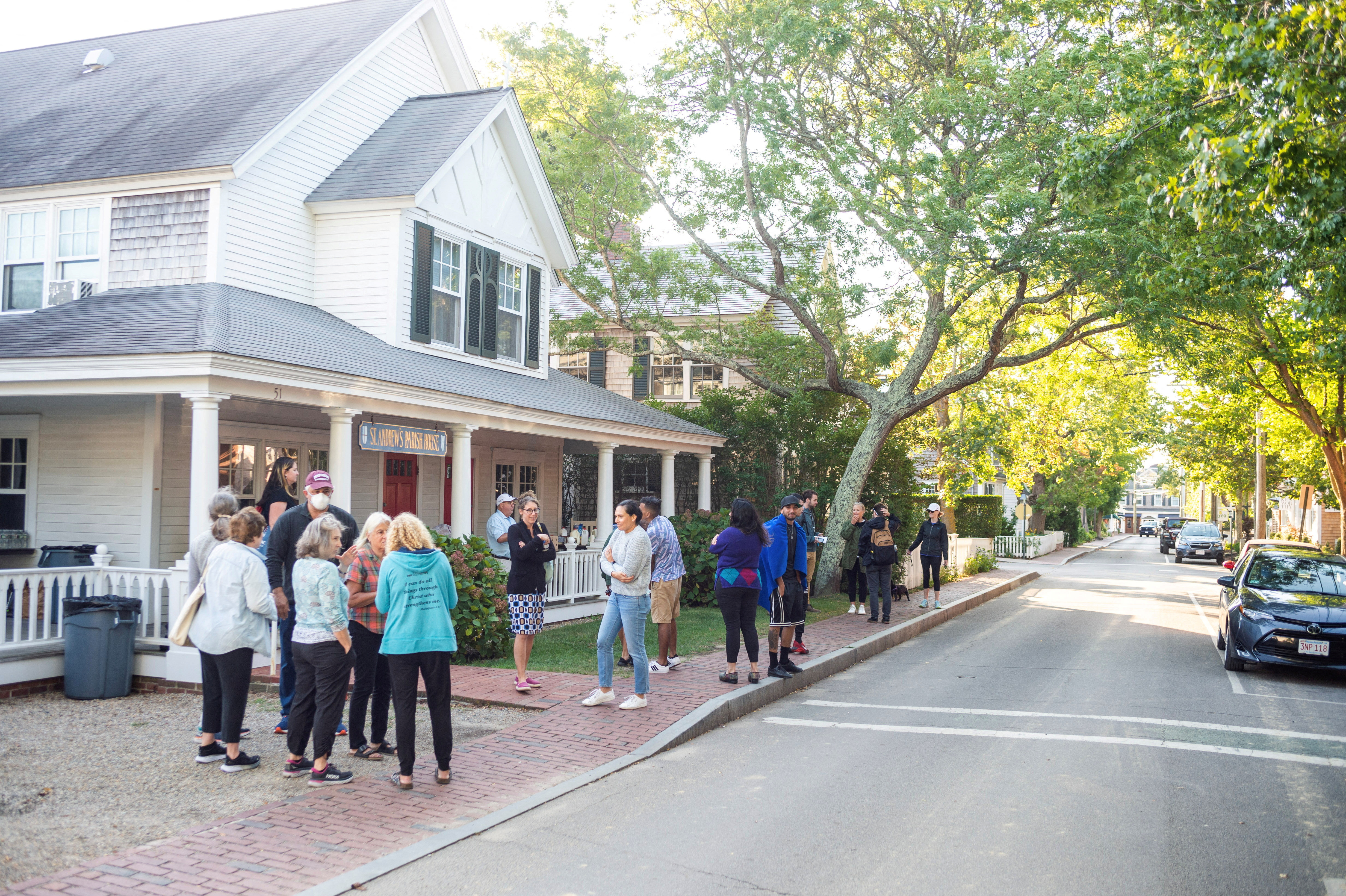 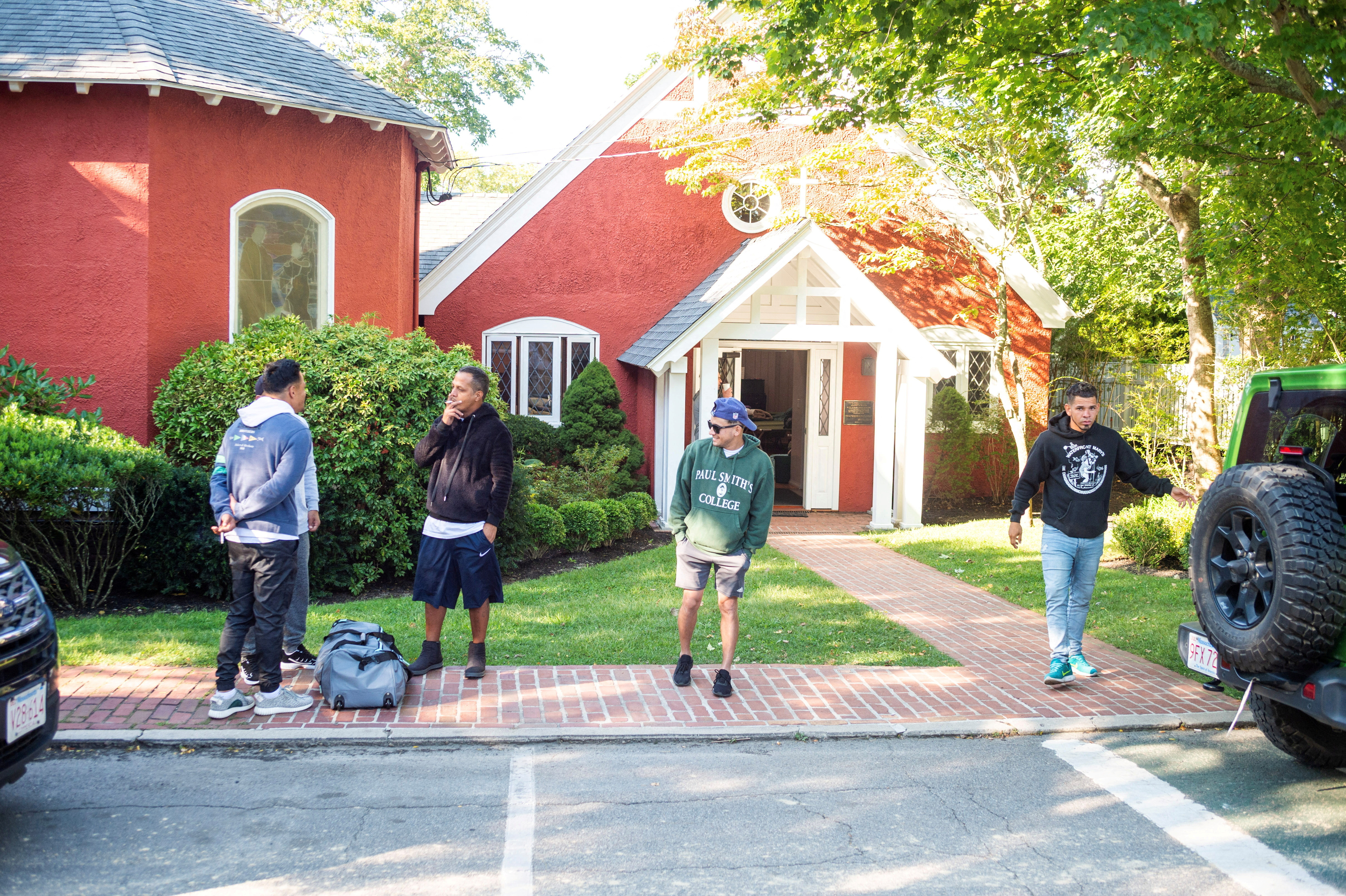 Migrants gather after being flown in from Texas on a flight funded by Florida Governor Ron DeSantis at Edgartown, Massachusetts, U.S. September 15, 2022. Vineyard Gazette/Handout via REUTERS.

“It’s a stunt to make political points and not caring about who gets hurt,” said Mike Savoy, 58, a nurse at Martha’s Vineyard Regional High School.

DeSantis defended the flights, telling a news conference that Democratic U.S. President Joe Biden “has refused to lift a finger” to secure the border.

“We’ve worked on innovative ways to be able to protect the state of Florida from the impact of Biden’s border policies,” DeSantis said.

Massachusetts U.S. Attorney Rachael Rollins said at a news conference her office would be “looking into that case” and speaking with the Justice Department.

The White House never adopted the idea, according to a second U.S. official familiar with the matter.

The use of resources from Florida to move migrants from Texas to Massachusetts raises legal concerns, including about what information was relayed to the migrants before they boarded and whether they were coerced, said immigration law expert Pratheepan Gulasekaram of Santa Clara University School of Law.

U.S. border agents have made 1.8 million migrant arrests at the U.S.-Mexico border since last October. Many are quickly expelled to Mexico or other countries under a public health rule implemented in 2020 to curb the spread of COVID-19.

But hundreds of thousands Cubans, Nicaraguans, Venezuelans and others cannot be expelled because Mexico refuses to accept them, or because they can pursue asylum claims. read more

Many migrants who are released from U.S. custody in border states seek to move elsewhere to join relatives or find jobs. They often must check in with U.S. immigration authorities or attend court hearings to obtain legal status.