BASSETERRE, St. Kitts -– Two special days, World Day for the Prevention of Child Abuse on November 19, and World Children’s Day on November 20, were addressed in a national address by the Honourable Eugene Hamilton, Minister of Social Development and Gender affairs.

“Fellow Citizens and Residents of St. Christopher and Nevis today is World Day for the Prevention of Child Abuse, and tomorrow is World Children’s Day,” said Minister Hamilton. “These special days were established to increase awareness into issues that affect children and to encourage governments and societies to take proactive and preventative action on child abuse and measures to improve the lives of children everywhere.

“Both events are guided by the Convention on the Rights of the Child (CRC) established by the United Nations.

“The Federation of St. Kitts and Nevis was the first Organization of Eastern Caribbean States country to have successfully signed the CRC in 1989. Last year the 30th anniversary celebrations were held right here on our home turf.

“The theme for this year is “Protecting our children’s innocence is our collective responsibility – end sexual violence.

“It is never easy talking about abuse because of its sensitive nature and unfortunately, studies have shown that stress induced by the Pandemic have led to significant increases in cases of abuse including child abuse. The Government of St. Kitts and Nevis is therefore committed to preventing further abuse and urges everyone to do something preventative if they know something needs to be done.

“Child Abuse is defined as any injury, emotional harm or death that is rendered to a child by a parent or caregiver.

“The World Day for the Prevention of Child Abuse was launched in 2000 by the Women’s World Summit Foundation; while World’s Children Day was established 46 years earlier in 1954 by the United Nations.

“The Convention was adopted in 1989 and it outlines the rights of every child including the prohibition of any form of abuse found in Article 19.

“There are generally four types of child abuse; they are physical abuse, sexual abuse, emotional abuse and child neglect.

“Physical abuse occurs when a parent or caregiver intentionally inflicts physical injury to a child, while sexual abuse occurs when an adult or an older child uses another child for sexual pleasure or excitement. Emotional abuse is defined as emotional harm that is inflicted on a child, while neglect occurs when a parent or caregiver fails to provide the care and support that a child needs. The question therefore is how can we accurately identify these types of abuse?

“Signs of child abuse often present themselves in a physical and behavioural manner. In physical abuse, some of the warning signs include, frequent visible injuries with unexplained reasons; aggressive behaviour; fear of parents and other adults; and self-destructive behaviour.

“In the case of sexual abuse, the child may show difficulty walking or sitting, have bruising and frequent sexual infections. It is important to note that there can be non-contact sexual abuse where a child is forced to view a sexual act, view or show sex organs or forced to engage in inappropriate sexual conversations. As a result, the behavioural signs include depression, eating disorders, aggression, a decline in academic performance, suicide attempts, bedwetting, advanced sexual knowledge and unusual sexual behaviour.

“Signs for emotional abuse include clothing and bedwetting, speech disorders, and obesity or weight fluctuations. A child may also seem withdrawn, aggressive or anxious and they might exhibit anti-social or suicidal behaviours.

“Finally, signs of child neglect include having a low body weight, hygiene problems, the frequent wearing of dirty clothes or clothes with incorrect sizes and talks about parent or caregiver being absent from home.

“The statistics at the Department of Probation and Child Protection Services show that in 2019, neglect was the most reported form of abuse followed by physical abuse, sexual abuse then emotional abuse; these together totalled 169 cases. Thus far in 2020, neglect is again the number one abuse reported, but an increase in sexual abuse now makes it the second-highest form of abuse followed by physical abuse, then emotional abuse, which also increased from 2019. These reports totalled 153 cases. In all of them, most of the victims were females, except for emotional abuse, where both male and female are equally reported.

“We know that many persons do not consider one-time physical incidents as child abuse; if the child is not injured or impaired, many do not consider it abuse. We often forget the psychological and emotional scars that abuse often leaves on children.

“We must be wary and vigilant and not fall trap to the bystander effect, by seeing or hearing something but doing nothing, believing or hoping, that someone else will come to the rescue. We are all responsible for protecting every child. This means if you know something you should contact the relevant authorities – the police, the Department of Child Protection Services at 467-1277, or the Special Victims Unit at 665-3091.

“Help will be provided which can include family intervention, criminal prosecution, medical and counselling help and if needed, the removal of the child from the household. This situation could result in the child being temporarily placed in a foster home under the Foster Care Programme.”

Hamilton said to commemorate these two special days “World Children’s Day, and the day for the Prevention of Child Abuse, “the Department of Probation and Child Protection Services is requesting that we all wear something blue on November 20.

“Before I end, said Hamilton, “I would like to thank the department and the entire Ministry of Social Services, members of the Probation and Child Welfare Board, law officials, physicians and any other individuals or groups working separately or collaboratively to help child victims.

“A special note of thanks is also extended to the inmates at Her Majesties Prison (HMP) for their service provided in the repainting of the child protection department, in a new colour scheme that helps to bring a sense of calm and comfort to clients or persons who have reason to visit the department.

Hamilton encouraged his audience, “to consider becoming a foster parent to help a child who desperately needs a temporary home. My hope is, that we will all treat and respect the integrity of all children, but in order for that to happen, we must first speak up and we must help.

“I close with the words of Charles Swindoll, who is an evangelical pastor somewhere in Texas: –

“Each day of our lives we make deposits in the memory banks of our children”, so I urge all of us to deposit positive words and actions into the hearts of children to last a lifetime.” 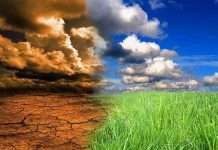