JOHANNESBURG/THIKA, Kenya, Sept 9 (Reuters) – As condolences poured in from around the world after Queen Elizabeth’s death, there were mixed feelings among some Africans about the monarch and her country’s colonial legacy on a continent where Britain once ruled more than half the territory.

Others however have retained anger at British colonial times and recalled things like the brutal 1950s crushing of Kenya’s Mau Mau rebellion as the sun set on Britain’s empire, and a huge diamond the British royal family acquired from colonial South Africa in 1905, which the queen never returned despite calls to do so.

Elizabeth was just 25 and on a visit to Kenya with her husband Philip when she learned of her father King George VI’s death and her accession to the throne on Feb. 6, 1952.

She was to return many times to Africa as queen.

“When the queen visited Uganda in 1954, I was a young boy in primary school. She was a young and small woman who looked very humble. She was very admirable and smiling,” Vincent Rwosire, an 84-year-old retired postal worker, told Reuters.

“We could not believe that such a young woman could have so much power,” he said by phone from Mbarara, western Uganda.

Ghana’s President Nana Akufo-Addo, whose country the queen visited in 1961, four years after it became one of the first African countries to get independence, lowered flags and said Ghana was proud to be part of the Commonwealth of nations.

Kenyan President Uhuru Kenyatta, whose first name means freedom in Swahili and whose country gained independence in 1963, called her “a towering icon of selfless service”.

‘THEY OCCUPIED MY LAND’

Many were less enthusiastic about celebrating the life of a monarch whose country has a chequered history in Africa — like 98-year-old Kenyan Gitu Wa Kahengeri, who was 17 when he joined the Mau Mau rebellion against British rule. 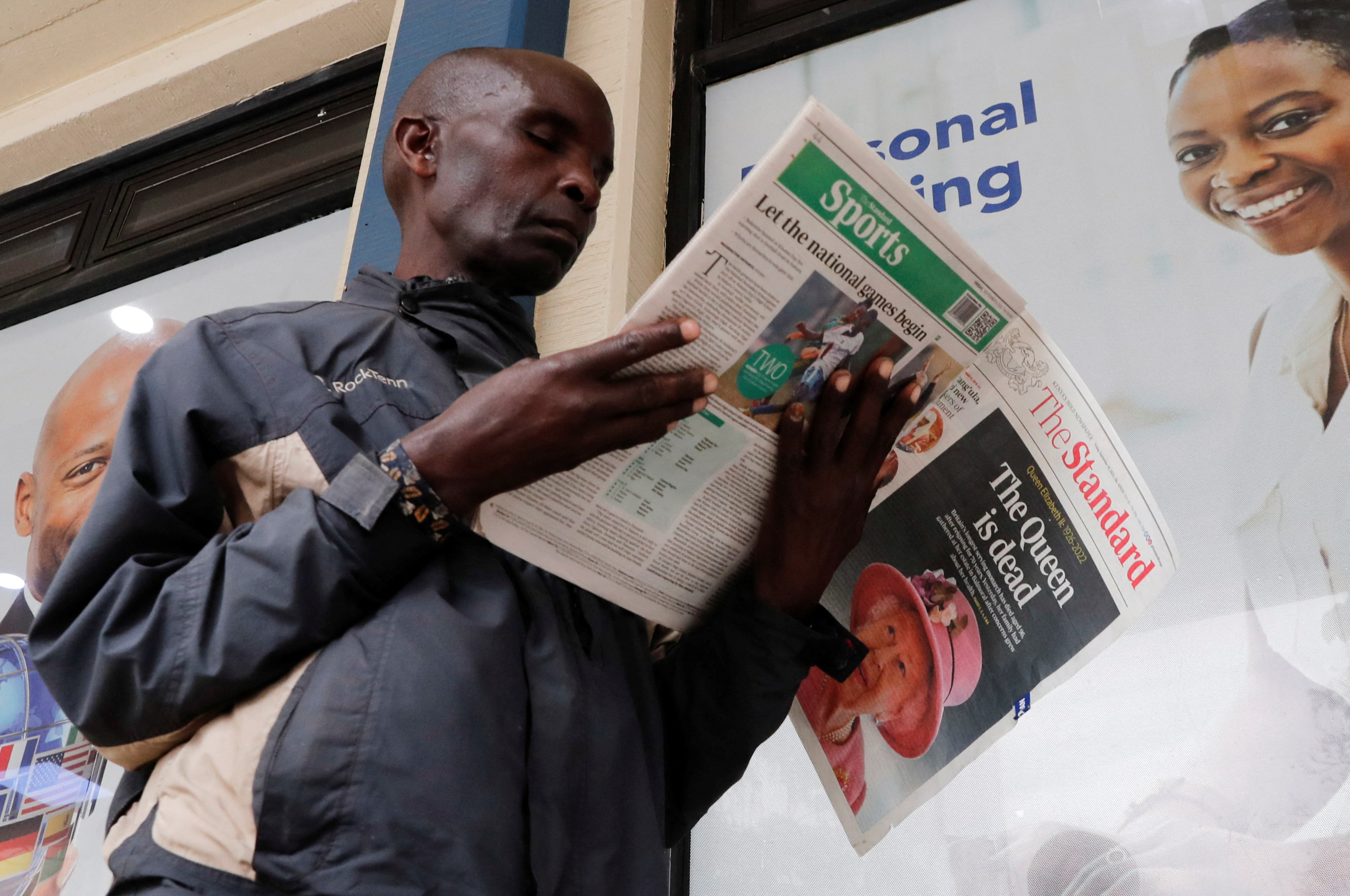 “They occupied my land; my birthright,” he said, twirling a black cane at his home in Thika as he recalled being detained in a camp by British forces, beaten and denied food.

“But we are mourning (the) queen because (she) is a person. A human being,” he said. “We are sorry for people to die.”

South Africa’s Marxist opposition party, the Economic Freedom Fighters, said: “We do not mourn the death of Elizabeth”.

“Our interaction with Britain has been one of pain, … death and dispossession, and of the dehumanisation of the African people,” it said, listing atrocities committed by British forces in the late 19th and early 20th centuries.

Despite this view of her, Elizabeth forged a close relationship with late South African leader Nelson Mandela, the first post-apartheid president, and visited South Africa twice after the end of white minority rule.

She was an enthusiastic advocate for the Commonwealth of 56 nations, most of them former British colonies.

Some Nigerians recalled Britain’s support in the 1960s for a military dictatorship that crushed the Biafra rebellion in the east of the country. Igbo officers launched the rebellion in 1967, triggering a three-year civil war that killed more than 1 million people, mostly from famine.

Uju Anya, an Igbo professor who is now living in the United States, sparked controversy when she wrote on Twitter late on Thursday of her “disdain for the monarch who supervised a government that sponsored the genocide that massacred and displaced half my family and the consequences of which those alive today are still trying to overcome”.

Her comments were “liked” 67,000 times, but her Carnegie Mellon University distanced itself from her messages, which the university called in a statement “offensive and objectionable”.

Britain’s monarchy plays a largely figurehead role, so while the queen formally appointed prime ministers and held regular meetings with them, she did not make policy.

Meanwhile, the accession of King Charles to the throne has stirred renewed calls from politicians and activists for former colonies in the Caribbean to remove the monarch as their head of state and for Britain to pay slavery reparations. read more