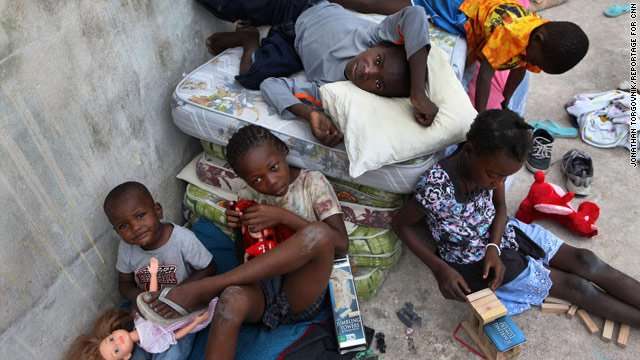 PORT AU PRINCE (CMC): The trafficking of children and adolescents along the border shared by Haiti and the Dominican Republic has intensified.

This is according to Jorge Galván, a human-rights activist in the Dominican Republic, who says the trafficking mainly takes place along the border of the province of Dajabon.

According to Galván, when these minors are illegally transferred from Haiti, they are exposed to all kinds of abuse from the traffickers, stressing that the problem is dramatic and that an urgent solution must be sought because more and more of them are arriving every day.

He said most of the children and adolescents spend nights in public places or sleep in abandoned buildings.

“On the day, they walk the streets with shoe polish boxes, others clean the windows of vehicles, still others devote themselves to begging, collecting bottles, plastics and other objects that people throw away and that they can resell, often on behalf of unscrupulous individuals.

He added that some victims of mafias operating in Haiti, in collusion with Dominicans, are being exploited and often abused or sold in prostitution networks.

According to Haitian Professor Jean Baptiste, who is also a former leader of Civil Protection in Cap Haitien, child trafficking to the Dominican Republic is serious.

Meanwhile, the vice-president of the Coordinator of Popular Organizations of the South Zone of Santiago, José Alberto Peña, says that along with representatives of other entities, he recently saved seven Haitian children who were residing in the poor area known as ‘Cañada del Diablo’, where they were being exploited.