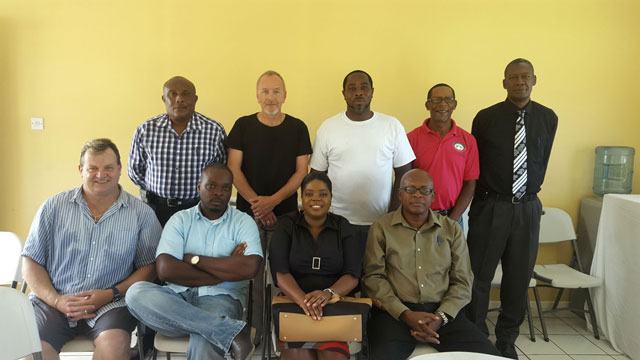 Please find the following article which you may wish to publish with regard to the Monkey Project which has commenced on Nevis.

“Following a Monkey Summit held in July and a donation of EC100 000 from the Chinese government, a non for profit company called Arnova Sustainable Future has partnered with the Department of Agriculture on Nevis to seek ways to addressing the human / monkey conflict on the island. Mr Vernon Gibbs-Halls, a field biologist and primate specialist has arrived to embark on an ambitious project to address the growing issues surrounding the monkeys. Plans are now underway to erect 4 strategically located feeding stations for the monkeys on the upper mountainous slopes of the island to prevent them from entering farmlands in low lying areas. The feeding stations have proved successful in countries where humans have come into conflict with primates. The stations work on the premise of ‘food provisioning’ which conditions monkeys to feed from the stations each day and break the habit of crop raiding. However, as emphasised by Mr Gibbs-Halls, the feeding stations is only one of a continuum of interventions which will be used. Farmers suffering heavy losses will also be provided, where possible, with deterrents like taste snell and hearing aversions which chase monkeys away. Gibbs-Halls agreed that monkeys are exceptionally intelligent and can adapt to any new situation – the first protective measure against crop raiding is farmer presence on farms. Farmers who spend more time on their farms are less likely to suffer damage than those who spend less time. Gibbs-Halls also mentioned his intention of working in close collaboration with the Ross University of Veterinary Medicine who have started making strides in research into the green monkeys of St Kitts and Nevis. Ultimately a spay and neuter programme will be required to keep the monkey population down and further funds raised will be utilised towards electrified fencing for farmers suffering heavy losses. The Monkey Summit revealed that the issue of population control is very sensitive as tourists to the island enjoy sightings of monkeys and monkeys are actively promoted on leaflets and brochures. These sentiments however are not shared by a large majority of farmers who rely on fresh produce for their livelihoods. To find this careful balance will require ethical and humane interventions whilst at the same time do everything possible to assist farmers against crop raiding. Gibbs-Halls is appealing to hotels, restaurants and other food outlets for their waste food which can be collected for the feeding stations. A Monkey Helpline has be set up on 869 661 4558