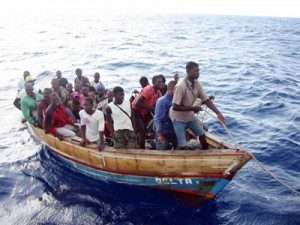 CNW- United States Customs and Border Protection (CBP) agency said it collaborated with US Coast Guard and other law enforcement partners in rescuing 68 Haitian migrants after smugglers dropped them off near the shores of Mona Island, Puerto Rico.

“Transnational criminal organizations continue to recklessly endanger the lives of individuals they smuggle for their own financial gain with no regard for human life,” said Scott Garrett, Acting Chief Patrol Agent for the Ramey Sector of the US Border Patrol.

CBP said authorities recovered five bodies from the water and reported that there were 68 survivors (41 males, 25 females, and two minors) who came safely ashore.

It said Ramey Sector’s Border Patrol station will process the group of migrants under US immigration law.